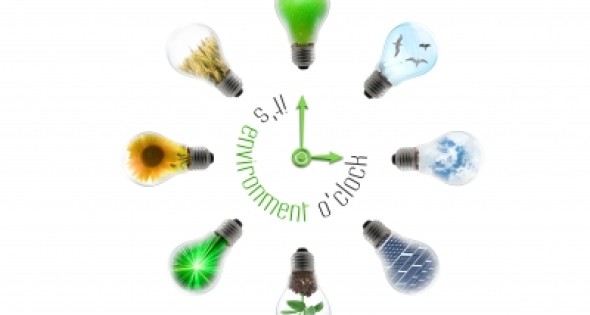 The nation’s efforts to go green prop up clean tech.

A strategy is underway in Los Angeles to rebuild an industrial core with tomorrow’s industries and technologies, situated in a four-mile clean tech corridor located in the east central portion of Los Angeles. This summer, ground was broken to support the expansion of the LA Cleantech Incubator, which will anchor the La Kretz Innovation Campus.

A refurbished 1920s-era brick warehouse will house the new facility, which is scheduled to open in August 2015. The current incubation facility, located down the street from the new innovation campus, offers 3,000 square feet of office space and 2,000 square feet of assembly space. The new building will be 60,000 square feet, with space for wet and dry labs, prototyping and workforce training. The Los Angeles Department of Water & Power, a major sponsor and a key partner in the cluster moving forward, will locate its energy efficiency initiatives to the facility.

It was necessary for clean-tech industry stakeholders in Los Angeles to create a concentrated cluster in a city that is 400 square miles, located in a county that is 4,000 square miles. The efforts in the corridor are spearheaded by Cleantech LA, which brings together stakeholders and research universities to coordinate industry initiatives.

Moving to Austin, Texas, the Austin Technology Incubator collaborates with the University of Texas. The incubator hosts three incubators, one focused on clean tech. The incubator is a nonprofit funded by the city, Austin Energy, and the state’s conservation and energy departments. One of the co-directors of the clean tech incubator is Dr. Michael Webber, a professor at the university and one of the foremost experts on the nexus of water and energy.

“The clean energy incubator is the oldest in the country, founded in 2001,” says Mitch Jacobson, co-director of the clean tech incubator at the Austin Technology Incubator. He says most incubators lead with the concept of the co-working spaces that companies can rent, and then discuss the ability to connect to the outside world. “We lead with the connections; we get very deep into these companies’ businesses,” Jacobson says. “The headline at our website is ‘we get you funded.’”

Companies in the Austin Technology Incubator have had an 85 percent success rate in getting funded, where in the past five years, more than $250 million has been raised by these companies.

“Companies are not only working with us but also with an array of mentors around the city who volunteer their time,” Jacobson says. “We are a small organization and in order for us to be impactful, we utilize the tremendous community here in Austin. One person helping another person, who helps another person — that is the way an entrepreneurial community works.”

Support from organizations also plays a part in driving the industry. Jacobson is also the chairman of the board for the CleanTX Foundation, which hosts up to 50 events a year to build the energy ecosystem in central Texas.

The clean tech industry in 2012 experienced a mixed year, according to Clean Edge Inc. in its 2013 Clean Tech Leadership Index, which ranks states and metro regions on their ability to create thriving environments for the industry.

The index found that while election year politics, bankruptcies of companies such as Solyndra and A123 Systems, and a decrease in venture capital investments, “clean-tech deployment in the U.S. showed notable, and even historic, market momentum.”

In the index, Clean Edge says the “growth in clean energy occurred with little significant new federal legislation or Congressional leadership. But clean-tech leadership at the state and metro levels tells a different, and much better, story.”

The index found that while election year politics, bankruptcies of companies such as Solyndra and A123 Systems, and a decrease in venture capital investments, “clean-tech deployment in the U.S. showed notable, and even historic, market momentum.”

In the index, Clean Edge says the “growth in clean energy occurred with little significant new federal legislation or Congressional leadership. But clean-tech leadership at the state and metro levels tells a different, and much better, story.”

In regard to the Los Angeles metro and its clean-tech industry leadership, the metro was recognized as a top 10 leader in the clean tech index. There are a number of reasons for this, including consumer demand. “People move here because they are interested in being in this environment, and the outdoors,” says Fred Walti II, executive director of the LA Cleantech Incubator and Cleantech LA. “So they tend to consume products on a higher average than the rest of the country, relative to environmental products such as electric vehicles, recycling and solar.”

In addition, policies in California and Los Angeles are aligned to propel companies to become more efficient in the use of electricity and water. “Our Department of Water & Power has achieved a 20 percent renewable mix of sources of energy ahead of schedule, and they are the first large utility to achieve this in the country,” Walti says.

What’s more, Los Angeles’ entrepreneurial spirit and the presence of major research universities are attractive to companies that need access to talent and capital. “If you are a company in clean technology, it often makes sense to locate in the market you are going to participate in,” Walti adds.

This concept is seen in Ontario, Canada, which is a leader in smart grid technologies, highlighted by a $1 billion roll-out of 4.7 million smart meters to every homeowner and small business. It is the first jurisdiction in North America to do so.

The province is located at the heart of the North American market. Energy demand in Ontario is expected to increase to where c.15,000 MW of power capacity will need to be renewed, replaced or added. What’s more, the province’s population will increase to 3.7 million people by 2030, a 28 percent increase from 2010. Most of the growth is expected in the Greater Toronto Area. The use of electricity by industry is expected to grow moderately. And by 2020, Ontario aims to have one in every 20 vehicles powered by electricity.

Many international smart grid companies have opened offices in Ontario, and many smart grid companies are headquartered in Ontario. Corporations located in Ontario include Trilliant, G&W, GridPoint, Capgemini, ABB, Elster and Schneider Electric. GE Canada has opened a 200,000-square-foot research center, where it will conduct research on solutions for the smart grid. Mahindra Satyam has partnered with the University of Waterloo to provide the tools IT professionals and others need to develop smart grid technologies. IBM has also established research centers at universities throughout the province. The research will leverage cloud computing and big data methods to examine challenges in the smart grid, water and health care industries.

One of the programs in place in the province to support industry is the Smart Grid Fund, a $50 million fund to develop and bring to market the next generation smart grid, says Blair Patacairk, senior executive at Invest Ottawa, which is a member of OCTA.

The second round of funding opened in July, which will support advanced energy technology projects, such as energy storage and electric vehicle integration. “The Ontario government is continually reinventing itself in the energy industry so they have great programs to entice companies here, and entice our own companies to grow,” Patacairk says.

Back in Los Angeles, Walti says clean-tech industry leaders want to create a world-class innovation corridor, the core of which will be the La Kretz campus, “which will be a unique innovation laboratory and campus, and we will coordinate with stakeholders to create an exciting place,” he says. “It is located in a part of the city that is undergoing renovation and rejuvenation. The city is behind us, and the mayor is behind us.”

Walti says building new companies is the best way to create jobs. Los Angeles has historically been an entrepreneurial community, where 85 percent of the economy is generated by companies with less than 500 employees.

It may be surprising that Los Angeles would be a clean-tech industry destination, given the perception of problems with pollution; however, issues centered on lowering emissions and reducing pollution create opportunities. One company in the LA Cleantech Incubator aims to create a more efficient and environmentally friendly freight transportation system. Forty percent of all goods and services that come into the United States enter through Los Angeles area ports, creating the region’s largest source of pollution.

Startups in the incubator have access to inexpensive, flexible office and assembly space, mentoring and coaching, and a large network. “We speed the delivery of the growth of these companies by connecting them with people that can help, such as connecting to capital, getting their first pilot project going, or working with a university to go after a government grant,” Walti says.

It may be surprising that Los Angeles would be a clean-tech industry destination, given the perception of problems with pollution; however, issues centered on lowering emissions and reducing pollution create opportunities. One company in the LA Cleantech Incubator aims to create a more efficient and environmentally friendly freight transportation system. Forty percent of all goods and services that come into the United States enter through Los Angeles area ports, creating the region’s largest source of pollution.

The company’s concept is to eliminate the number of points of contact when unloading and moving cargo so that containers from ships go directly to an underground transportation system that moves the goods to warehouses in San Bernardino and Riverside counties, Walti says. “It is one system, eliminating many points of hand off. It is sustainable technology so it reduces pollution quite a bit.”

Walti offers: “Our strategy is to look for great companies, irrespective of what sector of clean tech they are in; we pick the best companies.”