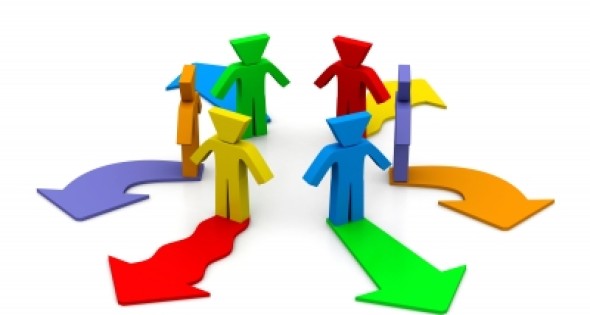 Does the Economic Big Picture Drive Your Decisions?

The corporate world can feel like a pressure cooker. Shareholders want higher returns. Employees push for pay increases. New regulations force you to make critical changes in your company’s operations. How can your company’s leaders make better decisions where these and other challenges are concerned? A big part of the answer, say veteran journalist Ron Scherer and economist Joel Naroff, comes down to the economic context around the decisions you have to make.

There are three context clues leaders should never ignore.

“Whether you’re a C-suite executive, a small business owner, or some other type of decision maker, you need a good grasp of context,” says Naroff, an economic consultant and coauthor along with Scherer of Big Picture Economics: How to Navigate the New Global Economy. “If you don’t understand the economic forces around you and what they mean, how can you know whether to buy new products or not, build new factories or not, hike or lower your prices?

“You can’t,” he concludes. “You’re just taking shots in the dark. Decoding the mysteries of a tumultuous economy is not easy.” He says businesspeople need to put the pieces together and form frameworks for future decision-making.

While there is no way to make flawless decisions in our huge and complex world, there are certain “context clues” you shouldn’t ignore.

Here are three key pieces of advice to at least consider:

“Posados, like a lot of other businesses, started making cuts,” Scherer says. “But they also realized the recession would not last forever, so it was important to keep the dining experience positive so customers would return once the economy improved. This meant that the cutbacks should not come at the expense of food and service.”

Scherer notes the chain also noticed that customers were ‘managing the bill’ by ordering fewer drinks and looking for specials. Posados used this to its advantage and began offering creative specials such as kids eat free on Mondays and Tuesdays with the purchase of an adult entrée. The restaurant chain also decided that it would fight for small-margin business it had shunned before (e.g., supplying automobile dealers with tacos to feed potential car buyers).

“Today, the owners make decisions more conservatively than they did before the recession, and they’re great examples of why it’s vital to adapt quickly as context changes,” Scherer says.

One of those fearless firms is GLOBALFOUNDRIES, a semiconductor manufacturer and a company that wasn’t in existence until March 2009, the worst period during the Great Recession. The company used context to decide to build a $4 billion plant in upstate New York in the middle of the recession. The company specifically says, “real change takes time.”

Part of the reason GLOBALFOUNDRIES had the confidence to build the plant is because of the semiconductor industry itself, which has a history of making big investments almost every year. Historically, annual R&D investment by U.S.-headquartered semiconductor firms has averaged about 15 percent to 20 percent of sales per year, says Falan Yinug, director of industry statistics and economic policy at the Semiconductor Industry Association in Washington, D.C.

“That’s the context GLOBALFOUNDRIES knew they were working in,” Scherer says. “They knew that most of their customers want to be the first to introduce new technology, and much of this technology requires increasingly smaller chips — which the new plant would be producing. By moving forward when they did, GLOBALFOUNDRIES was able to capitalize on those factors. Once the recession ended, the company was on course to ship $6 billion a month in product. GLOBALFOUNDRIES was able to build the factory because they understood the long-term potential for profit.”

Big Picture Economics also looks specifically at the deepening and widening of the Panama Canal. As a result of the expansion in Panama, U.S. ports on the East Coast are dredging their harbors and building new infrastructure to handle the larger vessels that will transit the canal. As the book finds, the impact of a larger and deeper canal could carry over to as far away as Fort Wayne, Indiana, which is 700 miles from the nearest port. That’s because as of the fall of 2013, Norfolk Southern, a rail freight company, was mulling over whether to expand its intermodal facility (rail and trucks) in Fort Wayne to accommodate an increased number of containers arriving from Asia.

“Whether the change is in a foreign market or is a physical change, such as the expansion of a canal, business decision makers should always keep an eye on what’s happening elsewhere in the world,” Naroff says. “Events taking place outside of America’s borders can mean trouble, but they can also present new and very profitable opportunities. When companies don’t look beyond their borders, they’ll miss out on learning about both.

“A strong grasp of context can mean millions for a company,” Naroff continues. “When business leaders understand this, they’re able to make much sounder decisions for their companies, and in the end, that’s better for all of us.”

Big Picture Economics: How to Navigate the New Global Economy is available at bookstores nationwide, and from major online booksellers. Click here to learn more.