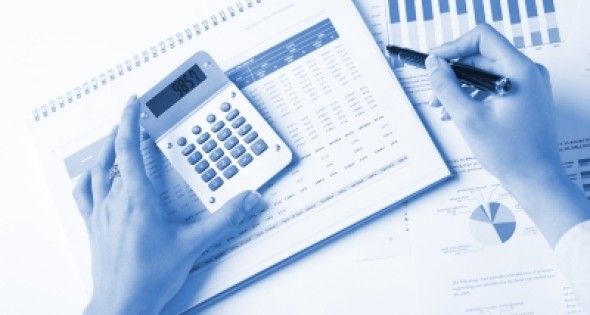 Foreign Direct Investment experiences and strategies of the European automotive industry over the last few years offer a particularly valuable glimpse into the future of European manufacturing overseas as a whole. Stagnant sales and production inflexibility at home have been countered by growth in recognition and demand for their products in foreign markets.

Capitalizing on this set of circumstances has required European firms to embrace a significant cultural shift, transforming from companies that export overseas to truly global entities building worldwide production infrastructures. But the challenge has been to accommodate this cultural shift while maintaining the complex mix of production inputs that give these companies their perceived strengths in innovation and quality. 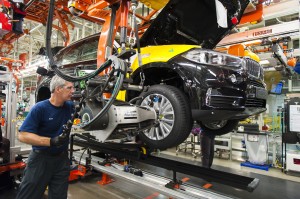 As part of this shift, production siting in the United States has become a central pillar in the overall FDI strategies of many European automotive manufacturers in the last decade. The statistics are certainly compelling:
• More than 50 percent growth of auto registrations in the United States since 2009 compared to a 20 percent decline in European home market sales over the same period

• Forecasts for sales in both regions suggest the U.S. market will continue to expand at least 40 percent faster than Europe’s through 2020

As are the quoted intentions of major European automotive manufacturing decision makers:

• “The U.S. is the largest premium vehicle market in the world and one of the most important markets for the BMW Group. With its relative economic health over other global markets and double-digit growth of the automotive sector, the U.S. is a significant contributor to our global sales and our profitability projections for this year.” — Ludwig Willisch, President and CEO – BMW North America

• “Expanding our manufacturing capacity takes us a step closer to our American customers. In the market for the market is a keystone of our strategy.” — Christian Schumacher, Head of North America Advanced Driver Assistance Systems (ADAS) – Continental

Why is the United States so Attractive for FDI?
Exciting and actionable reading for those in boardrooms of Europe and government offices of the United States, to be sure. But it is the deeper ‘why’ of this recent interest in building U.S.-based production that intrigues; for it reveals how the fundamental objectives, strategies and practices of European manufacturing FDI are changing. 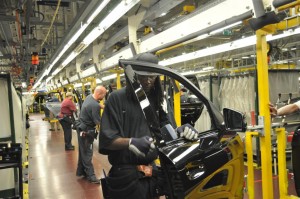 For decades, automotive manufacturing FDI has been primarily driven by two factors: target market potential and/or low production costs. As a market, the United States is growing steadily but doesn’t offer European automotive manufacturers the stratospheric growth projections of China and many of the other developing markets. And while production costs in the United States are generally lower than those in Europe, they certainly are more expensive than many other global locations available to Europe’s widely recognized brands. So what is making the United States a now critical element of European manufacturers’ overall global strategies?

In short, the traditional model of FDI siting, based primarily on market growth and/or low production costs, has proved too unstable for European firms defined by their more long-term strengths of branding and product innovation. Production investments in high growth markets with underdeveloped legal and business infrastructures have all too often resulted in grand profits being marginalized by unpredictable ‘local costs of doing business’ such as inconsistently applied regulations (both in staffing and trade), lack of IP protection, restrictive ownership and profit rules, and insufficient control of production quality.

And for most European manufacturers, retreating back to solely producing at home is simply not an option. Relatively high production costs and general inflexibility in the local manufacturing infrastructure make it impossible for European based firms to competitively cater to the world’s demand for their products by export alone. This condition is further exacerbated by the increased tendency of many developing countries with high market potential to actively discourage imports in what they see as critical or lucrative manufacturing industries.

But most importantly, European manufacturers place great emphasis on the value of ongoing product innovation and manufacturing excellence. Thus, the manufacturing structure in Europe often exhibits extremely close relationships between R&D departments, production facilities, and labor teams. Duplicating (or even just approximating) this productive but complex relationship outside of Europe requires educational, legal, and labor structures that simply do not exist in many developing markets. European manufacturers have discovered over the last few years (often the hard way) that basing production site decisions primarily on projected host market growth and/or low production costs is unlikely to result in creating the manufacturing environment they require.

So to stabilize the overseas portfolio, many European automotive firms are now relying on a complex mix of tangible and intangible factors when evaluating potential host countries and production sites. More value is now being placed on factors such as the ability to maintain a skilled and adaptable workforce, access to a modern support and distribution infrastructure, strong legal protections, a stable political and economic environment, and responsive capital markets.

The need by European automotive firms to employ a more complex mix of siting metrics has opened up new approaches and opportunities to site selection and area promotion. Areas that would never have been able to compete on a purely cost-evaluation basis are now becoming relevant to any serious site selection discussion.

To European automotive manufacturers, the United States offers all the above as well as a business environment that has the maturity and stability equal to their own but with greater operational flexibility and projected market growth. In addition, the advanced R&D infrastructure in North America better supports the consistent introduction of new features and technologies — a defining element of the European automotive and engineering global image.

Another important factor is the distributed nature of business governance in the United States that allows European firms to find a more tailored fit for their specific production site requirements. Automotive manufacture in the United States has now expanded well beyond the traditional bases in the Midwest states, with all continental U.S. regions seeing growth in greenfield investment. Much of this expansion has been led by foreign manufacturing entities. Each region, each state, even each city or county can offer different approaches and advantages, giving interested firms the opportunity to better match a location to their operating objectives, structure and practices.

Challenges and Opportunities
The need by European automotive firms to employ a more complex mix of siting metrics has opened up new approaches and opportunities to site selection and area promotion. Areas that would never have been able to compete on a purely cost-evaluation basis are now becoming relevant to any serious site selection discussion. But the sheer volume of siting variables and geographical options facing European firms building in the United States has dramatically complicated the site selection process. This has driven up the importance of useful information sources relevant to the search — such as governmental agencies, private site selection consultants, and IPA/EDOs (Investment Promotion Agencies and Economic Development Organizations).

This in turn is forcing these entities to improve their sophistication in both understanding the benefits their respective regions provide as well as promoting that information. IPA/EDOs in particular now have greater opportunity to value-add by targeting and marketing to specific firms whose needs match the tangible and intangible benefits a given region provides. Contrast this to the previous IPA/EDO role that was often little more than publishing information about the legislated tax incentives and utility prices.

Thus the United States is very much in the middle of significant change in automotive FDI. State authorities and private agencies now have considerable influence on the investment decisions made by firms, and in turn, those firms are influencing state policies and practices to encourage more attractive business environments. The result is a dynamic process where greater success in site location determination is possible IF investing manufacturers take the time to understand their options AND regional promotion entities take the time to understand firms’ needs and objectives.

The net effect is likely to prove both positive and enduring. Automotive FDI is moving beyond the simple battle of regions lowballing each other on tax holidays and various funding schemes to attract manufacturers. This holds out the possibility of a more healthy mechanism that encourages better matches and more long-term relationships between foreign firms and local site hosts.

David Leverett is a consultant partner at HMC Global.

HMC Global is a leading FDI consultancy, based in Northern Ireland, with more than 25 years of experience in creating high performance economic development agencies around the globe. Learn more by contacting Michael Kerr, sales consultant, at Michael.kerr@hmcglobal.co.uk or by calling 0044 28 9066 2333.