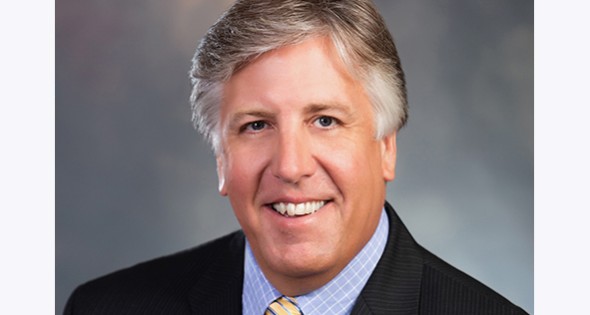 KP Development has signed leases with two more tenants who will be occupying a total of 150,000 square feet across two buildings at the Fenton Logistics Park taking shape at the site of the former Chrysler plant in Fenton, Missouri.

The latest signings come on the heels of two significant leases executed last fall with Alkem Labs and Beckwood Press Co. Alkem Laboratories, a Mumbai-based pharmaceutical company, is in the process of moving into over 32,000 square feet in Building I. Beckwood Press Co., a Fenton-based manufacturer of hydraulic presses and other specialty machinery, has signed a lease to occupy almost 56,000 square feet in Building II.

“Since we completed the site infrastructure on the east side of the site and erected Building I, the velocity of deals and companies looking at Fenton Logistics Park has increased dramatically,” notes KP Development Managing Director, Scott Haley. “Nearly 400 quality, skilled jobs are attributable to these tenants, and we are confident they are the first wave of vibrant companies who will choose to put down roots within this development.” 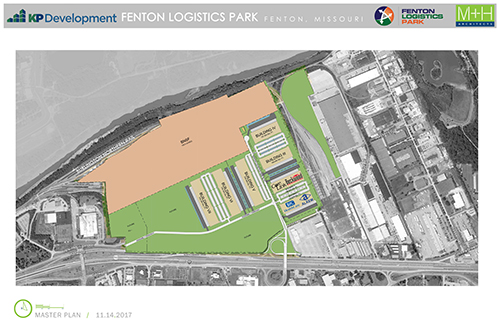 In addition to Buildings I and II, Building III will add an additional 168,000 square feet when it is completed in summer of 2018. Also, Building IV has been approved and fully entitled by the City of Fenton, and KP Development anticipates commencing construction of this 157,500 square-foot building in the first quarter of 2018. KP Development is in discussions with various prospective tenants for the limited remaining space in the first two buildings, as well as for the space that will be available in Buildings III and IV. Based on the strong level of interest by tenants looking for new buildings and expansion opportunities in Fenton and the South County area, KP Development is very optimistic all four buildings will be fully committed and/or occupied by early 2019.

“We’re excited to hear about the commitments by these four companies and to see the success of the efforts by KP Development on this initial phase of Fenton Logistics Park,” noted Fenton Mayor Josh Voyles. “This is exactly the type of tenants the city was hoping to attract when we approved the redevelopment of the former Chrysler site.”

Since closing on the acquisition of the former Chrysler plant site in November 2014, KP Development has already invested $12 million in site improvements related to the initial phase of infrastructure, roadway work and utilities, and the first four buildings represent an additional investment of $65 million. The increased level of activity is further indication that KP Development’s vision of a $222 million, 2.1 million-square foot business park is starting to become a reality.

“Fenton Logistics Park is perfect for Beckwood Press Co.,” said Jeff Debus, President of Beckwood Press Co. “We are a growing company with expansion needs that, over the past few years, have forced us into three different locations in St. Louis. Consolidating into the Fenton Logistics Park allows us to reunite all of our business units under one roof and provides us the ability to add specialized components and other start-of-the-art features that we don’t have in our existing facilities.”

CoreLink Chief Financial Officer Chad Walter indicated the company’s growth was also a factor in their selection of Fenton Logistics Park. “We are committed to becoming a leader in the surgical device market and have quickly outgrown our current facilities,” said Walter. “This opportunity with KP Development allows us to expand our state- of-the-art manufacturing operations while providing modern amenities needed to maximize the satisfaction and efficiency of our growing team of high caliber employees.”

The first four buildings will anchor the eastern side of the development site and are being constructed as single story structures suitable for office, warehouse and multifunction use. New electric, gas and water have been finalized to serve the first four buildings, and storm water and sanitary improvements have been completed. The park is served by the existing BNSF rail facilities and its access also is enhanced by a Highway 44 ramp and the newly reconstructed Fenton Logistics Parkway. Bordered by I-44 and strategically situated near the I-44 and I-270 interchange, the Fenton Logistic Park site offers a convenient, easy-to-access Midwest location. It also has the added advantage of a strong and existing workforce.

“We’re seeing pent up demand for new, modern facilities in this part of the region, with various prospective tenants having different needs, whether it’s for more parking, higher ceilings, air conditioning in the warehouse space or something else,” noted Jon Hinds, first vice president for CBRE’s Industrial and Logistics team in St. Louis. “KP Development is flexible enough to accommodate those requests in a prime location, which is helping to fuel the success of the project.”

KP Development is already working on plans for Buildings V, VI and VII, which will range in size from 150,000 square feet to 250,000 square feet. Based on continued success with Buildings I – IV, and other build-to-suit opportunities that are currently on the table, KP anticipates commencement of one or more of these buildings no later than the end of 2018.

As it is built out and additional tenants are lined up, Fenton Logistics Park is expected to feature nearly 1.2 million square feet of manufacturing, logistics and warehouse space; 480,000 square feet of office/warehouse and flex space; 182,500 square feet of retail, restaurant and hotel space, and 105 acres of land owned by the BNSF Railway for anticipated additional railroad services. The overall development has the potential to result in 2,500 to 3,000 permanent jobs, pumping an estimated $135 million in wages to the region. The actual redevelopment of the site is also expected to create 500 to 750 construction jobs over the next several years.

The architect for the buildings and master plan is M&H Architects. Paric constructed Building I and the initial site infrastructure. Arco Construction is constructing Buildings II and III. Piers Pritchard with Cushman Wakefield represented BJC in the latest lease transaction, while John Hinds and Katie Haywood of CBRE represent KP Development in all transactions related to Fenton Logistics.