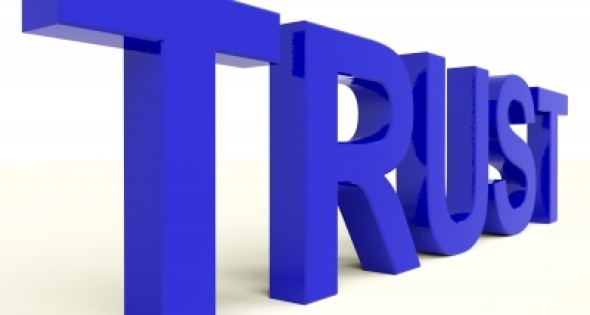 Five Keys to Creating a Culture of Trust

The true heart of capitalism resides in the trust that exists between customers and suppliers.

Recent scandals, such as Lance Armstrong’s admission to doping, have shown how some people will easily sacrifice truth for expediency or personal gain. Such scandals can destroy businesses and the lives of innocent bystanders. Thousands of former Arthur Andersen employees who lost their jobs, and thousands of investors who lost their life savings in the aftermath of the Enron scandal of more than a decade ago, bear stark witness to this reality.

Many believe the accumulation of wealth is the foundation of capitalism, but the true heart of capitalism resides in the trust that exists between customers and suppliers. Customers trust suppliers will deliver goods according to agreed conditions, and suppliers trust customers will pay for those goods in a timely manner. Despite changes in technology and the manner in which goods and payments are exchanged, trust is still the bedrock on which capitalistic markets operate.

Trust is central to understanding economic behavior because of its association with the “clan,” both as an organizing principle and as a means for solving problems of interdependency. Within the modern world, no one exists in isolation. When industries moved from cottages into factories, business leaders forged new ways of doing business by organizing larger groups of people and coordinating their collective and interdependent efforts. The evolution of business during the industrial age created large organizations that employees came to trust as their security blankets for long-term employment. The explosion of new mechanical technologies during the past 30 years has forced leaders to re-organize and re-engineer businesses such that the inherent notion of trust within a clan has been lost through the speed of this evolution.

Yet trust is still essential for leading others effectively because trust and caring are the foundation of relationships. Trust represents the faith others have in one’s actions or intentions. Without trust, businesses cannot operate. A leader’s credibility rests with the trust others have in her abilities as well as the common bonds they share, particularly core values. Employees want to trust leaders who show genuine care for their long-term well-being.

Our research has shown leaders of high-performing companies pay close attention to building, sustaining, and protecting their cultures, which are the organizing principles that represent the shared beliefs, values, and assumptions for their business clans. Creating a culture of trust begins with core values. It extends to the leadership system and everyday practices through which employees continually renew trustful relationships with internal and external customers alike.

Here are some principles for establishing a culture of trust:

1. Begin with core values that focus on respect, trust and ethical conduct. Explicitly shared values define the structure through which employees serve one another as well as external customers. Core values in practice also differentiate and create distinctive cultures that attract and sustain long-term relationships, resulting in sustainable success.
2. Emphasize the importance of personal character in the hiring process.  “Character” represents how people put their personal values into action. Hiring people with the right character means selecting candidates whose personal values align closest with organizational core values. Although technical competence can be used to screen candidates, high-performing companies want the best employees who will fit the culture.
3. Fulfill promises and do what you say you will do. Trust stems from individuals doing the right thing, and showing trustworthiness by taking responsibility for their actions and being held accountable for outcomes. Building trust takes time. Why? Because trust emerges from patterns of leadership that demonstrate good character while also insisting each member of the workforce follows suit.
4. Show you care. Organizations are essential to the human experience. Leaders possess an awesome responsibility because organizations also shape the life and character of individuals in the most basic ways, including how one understands and exercises trust within business transactions. Building trust requires continual demonstrations of how leaders care for others.
5. Continually communicate the values, vision, and mission of the organization, and be transparent in sharing organizational knowledge. Employees want to know where the company is headed and how they are part of something bigger than themselves. Leaders must constantly communicate the organization’s purpose as well as the data through which decisions are made. Leaders who engage employees in decision-making process at all levels of the organization are deeply committed to shaping the future of the company. To achieve better results everyone must become invested in outcomes, and this investment begins with continual communication and reinforcement of the values, vision, and mission for which the organization stands.

When Vince Lombardi took the reins of the Green Bay Packers after several losing seasons, he said, “Gentlemen, we need to return to the basics. This is a football.” To survive tough economic times, we recommend business leaders return to the basics, of which building a culture of trust is paramount. This article only scratches the surface, but it’s a beginning.

Time to get to work!

Dr. Ray Benedetto, DM, is a retired USAF Colonel. He founded a consulting firm that helps leaders build high-performing, character-based cultures in addition to his teaching leadership and strategic planning for the University of Phoenix Chicago Campus MBA program. Tom Walter is a serial entrepreneur and nationally recognized speaker on entrepreneurship, leadership and business culture.

They are the co-authors of It’s My Company Too! How Entangled Companies Move Beyond Employee Engagement For Remarkable Results. For more information, please visit, www.itsmycompanytoo.com.