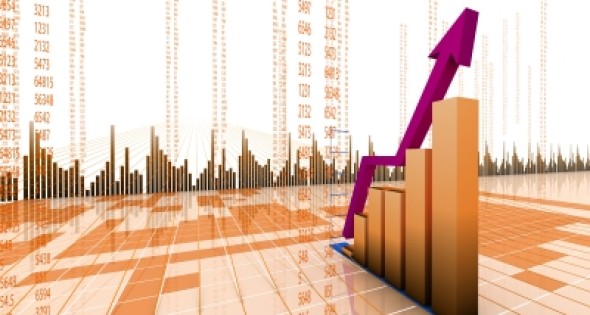 Iowa has consistently been a strong state for economic development during the recession and recovery. While last year’s drought did hurt local economies, the drive for a faster growing state is organized to where actions start at the top and filter down through the state’s diversified industry sectors.

Gov. Terry Branstad committed to a balanced budget in 2011, his first year in office. For the first time in decades, the Iowa Legislature passed, and Branstad signed, a two-year budget, including a five-year projection.

“When Governor Branstad came in, he came in with a full growth agenda,” says Debi Durham, director, Iowa Economic Development Authority (IEDA). “And so we began first with the delivery system.”

The IEDA created a new public-private partnership model called the Iowa Partnership for Economic Progress, which is very comprehensive, Durham says. The partnership promotes and markets the state to attract new investments and jobs. The new model will enable the state of Iowa’s investments to be leveraged against private investment, while maintaining openness and transparency.

“The second step we took was making sure that we had the right team in place to execute that agenda,” Durham says. She says that the IEDA had inherited one economic development incentive program from previous directors and governors, which was eliminated because it was too difficult to navigate. “We needed to make it simple and basically uplift our goals,” Durham says.

The new program is the High Quality Jobs program, a combination of workforce development, tax credits and some direct financial assistance as needed, Durham says. The program provides qualifying businesses tax credits to offset the costs incurred to locate, expand or modernize a facility in Iowa.

“In the current legislative session, we are really just getting more resources, raising the cap limit on our investment tax credits,” Durham says. “For a state of 3 million people we have almost $6 billion in our portfolio of projects. So our pipeline is really robust right now.”

Agriculture is a large business sector, located throughout the state. The manufacturing sector is also strong, with a collection of small companies throughout the state, working in the automotive and aerospace industry, such as Flexsteel Industries Inc. in Dubuque, making car seats; and in Orange City is Quatro Composites, a wholly owned business of Tec Industries LLC, which is working in complex carbon fiber composites.

According to a report from Iowa State University called “Manufacturing in Iowa 2011,” the state’s manufacturing sector today contributes a sizeable share of the state’s gross domestic product. Iowa consistently ranks among the leading 10 states in manufacturing, and is home to more than 6,100 manufacturing firms operating from 6,440 physical establishments throughout the state.

Rick Dickinson, president and CEO of the Greater Dubuque Development Corp., says that the area is “in good shape,” with a strong land-based casino presence, including Diamond Jo Casino Dubuque, one of four casinos contributing to the region’s economic health.

The Port of Dubuque, is an area that since 2001 has witnessed about $500 million in redevelopment investments.

Today, Dubuque, where at one time nearly 35 percent of the workforce was employed by the now defunct Dubuque Packing Co., which closed in 2001), is home to a more diversified economy. Leading industry clusters include financial services (Prudential Retirement is located downtown); manufacturing operations such as a revitalized John Deere plant; and value-added food processing, which includes Hormel Foods Corp., which produces microwaveable meals, and employs 300 people.

“The largest growth in our economy as far as jobs has been the recent arrival of the IBM Dubuque Local Delivery center,” Dickinson says. The IBM center is expected to create up to 1,300 jobs. The new technical services delivery center will support U.S. strategic outsourcing clients, providing server systems operations, security services and end-user services, including maintenance and monitoring of computer hardware and software systems.

“We want to use our heads in job growth and development,” Dickinson says. “We want to be a smarter, sustainable Dubuque.”

In the Kossuth County/Palo Alto area, Maureen Elbert, executive director of the Kossuth County Economic Development Corp., says the county faces several challenges to development, which includes a declining and aging population, and a workforce that has been leaving for other communities.

Elbert notes recent economic development efforts have aided in the creation of a 45- million-gallon ethanol plant; expansion projects for two local employers; and the purchase of a speculative building in an industrial park. “The key to fulfilling our mission lies in developing partnerships between various entities to capitalize on the resources available in the county,” Elbert says.

Cedar County’s largest employer is the school district, Parsley says. There are also manufacturers of agriculture equipment, as well as construction businesses in the area. “Really, business here runs the gamut,” she says. “We are people who like to build things.”

For a relatively small state, Iowa has a large presence of higher education learning institutions, including approximately 60 colleges and universities. Dubuque is home to Stephens University, the University of Dubuque and Loras College. There are also two law schools in the state accredited by the American Bar: Drake University Law School in Des Moines and the University of Iowa’s College of Law in Iowa City.

The 1,900-acre University of Iowa campus is composed of 11 colleges, with the largest being the College of Liberal Arts and Sciences. The university is a public research university, home to one of the largest teaching hospitals in the nation, and the highly-regarded Iowa Writers’ Workshop program.

Iowa State University in Ames, with a 2012 enrollment of more than 31,000, offers more than 100 majors, including the largest concentration of faculty involved in sustainable agricultural teaching and research. It is also home to the Bioeconomy Institute, a leader in developing new sources of energy, fuels and other products from renewable sources.

One of the greatest logistics assets in Iowa is the presence of two major interstates: Interstate 80, a 289-mile interstate going northeasterly from the Iowa/Nebraska state line and recognized as the Midwest connection between Chicago and Omaha; and Interstate 35, a 218-mile long interstate going north-south and joining the metropolitan centers of Kansas City, Des Moines and Minneapolis.

There are also approximately 104 state roads serving rural areas throughout the state.

Iowa is home to 16 common freight carrier railroads serving the state, including the Burlington Northern Santa Fe, the second-largest freight railroad in the country; the Canadian National Railway, the largest railroad in Canada serving the U.S. Midwest along the Mississippi River to the Gulf of Mexico; and the Union Pacific Railroad, the largest railroad network in the United States, running throughout much of the Midwest, West and Southwest.

Dubuque’s city officials are looking for quality of life education as part of the foundation of the community, Dickinson notes. In fact, IBM selected the city to be one of the model cities for its smarter cities programming. “We are currently doing an experiment with IBM about health and wellness; and creating real-time experiments for water usage, utility bills and costs,” Dickinson says.

Back at the state level, Durham says that the goal of the IEDA is to create 200,000 new private sector jobs and increase family wealth by 25 percent. “So if you think about it, it’s a paradigm shift, it’s really a wealth-creating agenda,” Durham says. “And to get there we are going to have to take a comprehensive approach to growth.”

The state is able to turn projects around more quickly these days, Durham says, with a streamlined regulatory process. For example, these processes assisted in supporting two large fertilizer projects in the state: CF Industries, with a plant near Sioux City, representing a $1.7 billion investment; and the Iowa Fertilizer Co. to Lee County, representing a $1.4 billion investment.

“We are building on a really strong base and taking it to the next level, on all fronts,” Durham says. “You can just feel the energy here, and see it.”

For complete details on conducting business in Iowa, visit: