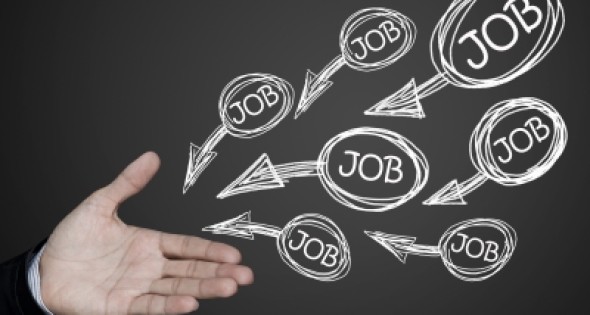 Nebraska, it seems, has a built-in resistance to failure.

Unemployment has been consistently low throughout the economic recession — steadily running around 4.3 percent — and the state has added 7,700 net new jobs in the last 12- month period, says Rod Moseman, vice president of economic development, Greater Omaha Chamber of Commerce. “One of the secrets to our economic strength has been the diversity of the workforce,” he says. “It has been that mix of low unemployment and diversity of the workforce that has helped us weather the recession in the manner in which we have.”

That is the message echoed by Catherine Lang, director, Nebraska Department of Economic Development (NDED). “We came through the recession much better than many other states,” she says. “From a citizen business and government perspective, given the conservative nature of Midwesterners, we didn’t get ourselves into the financial situations that occurred across the nation — especially the mortgage crisis.”

One of the things that Gov. Dave Heineman has been looking at for a number of years, Lang says, is how to make the state’s tax structure as fair and business friendly as possible with a goal of creating jobs.

Still, the business community has encouraged the governor to take a step back and review the state’s entire tax structure, Lang says, with the help of a tax modernization committee comprised of prominent legislators. The committee is tasked with reviewing and studying the state’s tax laws, including, but not limited to, sales taxes, income taxes, property taxes, and miscellaneous taxes and credits. “They will work on the entirety of the state’s tax system with the idea of coming forward next session with possible reform,” Lang says.

Lang says in regard to industry activities, Nebraska has seen a rebound in the manufacturing sector. “The employment isn’t back to where it was before the recession but we have slow and steady growth in that area now,” she says.  To help that industry, the NDED supported the creation of a manufacturing council. “The main focus of the council right now is workforce development,” Lang says. “As this council gets its legs underneath it, we have brought staff from the Department of Labor and the Department of Education together with our NDED staff to develop video segments that can be used to help young people know and understand what really goes on in a modern advanced manufacturing environment.”

Moseman says that the state’s diversity is primarily a mix of insurance and financial services, advanced manufacturing and health care industries. All are evolving, and all are contributing to the robust economic advantages the state enjoys, Moseman says.

Emerging on the scene are payment processing centers, such as First Data Resources, one of the largest multinational third-party credit card authorization and processing centers, headquartered in Atlanta. “They were born here and grew up here,” Moseman says, referring to the company’s formation in 1971 as a for-profit organization providing processing services to the Mid-America Bankcard Association in Omaha.

Moseman says that Omaha’s economic stability is reflected in its selection as the home to the headquarters of five Fortune 500 companies — ConAgra Foods, Union Pacific Corp., Mutual of Omaha, Kiewit Corp. and Berkshire Hathaway — and four Fortune 1000 companies, including TD Ameritrade and West Corp.

TD Ameritrade is consolidating some 1,900 employees of its 6,000 employees into a new business campus in Omaha with a $100 million, 12-story office tower and pavilion on 40 acres in the Old Mill area of west central Omaha. More associates will be transitioned into the new building later this year.

The big dog on the block, Moseman says, is the U.S. Strategic Command, which is under construction with a new $500 million headquarters at Offutt Air Force Base.

The medical community in Omaha has also seen a number of developments. For example, the University of Nebraska Medical Center (UNMC) recently announced a $320 million cancer research center. The cancer center, to be located on the west side of the medical center campus, would house research facilities, a multidisciplinary outpatient treatment center/clinic and a new hospital tower.

UNMC also announced the expansion of its existing cancer research center, projected for completion in 2016. When the final build out is complete, the center will add 1,100 high-paying research jobs.

Noteworthy expansions in the area include Assurity Life Insurance Co., which recently completed a $53 million, 175,000-square-foot headquarters in the community vitalization area of Lincoln called the Antelope Valley project area; and Farmers Mutual Insurance of Nebraska, now completing a $15 million, 45,000-square-foot facility next to its current corporate headquarters downtown.

The University of Nebraska in Lincoln (UNL) provides a lot of economic stability to the Lincoln area — and all of the state — graduating a new pool of workforce each year. “We have a good workforce that churns out 7,000 graduates per year,” Smith says. The school, and others in the UN system, offer students courses for a comprehensive engineering and science career, among others.

The University of Nebraska in Lincoln is the flagship campus of the five-school system with 24,000 students, and is home to both the Jeffrey S. Raikes School of Computer Science and Management and the Institute of Agriculture and Natural Resources.

The University of Nebraska Omaha (UNO) campus features the Peter Kiewit Institute, which is currently undergoing expansion. PKI is billed as a premier 21st century high-technology learning and research institute, home to approximately 1,500 undergraduate and graduate students and 110 faculty from two University of Nebraska colleges: the College of Engineering at UNL, and the College of Information Sciences and Technology at UNO.

The growing field of data centers in Nebraska is also on the radar for the power utility company, Nebraska Public Power District (NPPD), based in Columbus. “The state has put some funds into the planning and development of data center power parks, if you will, in three of our communities,” says Rick Nelson, economic development consultant, NPPD. “So we have been involved in making sure that those sites can by served.”

He says that the utility has put in place a wholesale economic incentive rate that would apply to large scale energy users, not just data centers, allowing a retail provider to set a very attractive retail energy rate for the end user that would be discounted for up to five years. “The framework for that is in place but we haven’t had a user come about yet,” Nelson says. “But that was a reaction to maintain our competitiveness within the data center field.”

NPPD is concentrating not just on providing power but being a reliable provider. “We have been investing a lot of time and money over the last two years upgrading our transmission system in the state and will continue to do that, just to make it more robust and enhance the reliability,” Nelson says.

In other infrastructure developments, Union Pacific Railroad will strengthen Nebraska’s transportation infrastructure by investing nearly $7 million in the rail line between North Bend and Grand Island, expected to be complete this summer.

Smith says that Lincoln’s officials have been concentrating on the revitalization of the western part of downtown. Revitalizations include a reworked rail yard, which consolidated tracks to aid in the completion of a new 16,000-seat arena that will include an associated $100 million worth of office and retail development. “So we have a $1 billion of investment in our downtown area announced, between the university and the arena and everywhere in between,” Smith says.

This economic powerhouse of a state, with the economic development in cities such as Omaha coming out of the recession at full steam, also offers many rural living benefits that can provide the right work-life balance. Progress, however, comes with a price.

Moseman says that the state is looking forward to reaching the 1 million population mark in Omaha during the next few years. “But that will put us at more risk,” he says. “You don’t grow that population without jobs. I feel that the jobs come first and the people will follow. We need to be on that, and be aggressive in job creation and continue to put a lot of energy into our existing businesses. That has paid a lot of dividends for us.”

Norfolk’s Ta-Ha-Zouka Park in the northeast part of the state offers easy access to the longest rails-to-trails conversion in the nation, the Cowboy Trail. The trail spans 320 miles on the bed of the former Chicago and North Western Transportation Co. railroad route, linking Norfolk and Chadron.