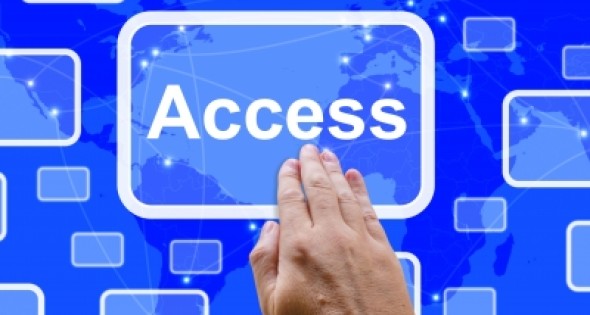 Ohio’s location in the Midwest United States has always worked in its favor as a key element in economic development. The location creates a diversified economy, with business and industry dependent on strong infrastructure. “We have a well balanced approach here,” says John Minor, president and chief investment officer, JobsOhio, a private nonprofit corporation of business leaders seeking to create and retain jobs in the state.

“While manufacturing and automotive are certainly key sectors in Ohio, you also have to look at energy and financial services and even the agribusiness sector, and extend into information technology,” Minor says. It is clear that more than three-fourths of the state’s new jobs and investments are coming from existing Ohio businesses undergoing expansions. “And that is a big part of our JobsOhio strategy, of not only retaining but also expanding those companies that are already here,” Minor says. He notes the state’s officials have really just “scratched the surface” of looking outside the state to attract companies.

An example of how the administration is creating a business friendly environment includes the Ohio Academic Resource Network (OARnet) announced by Gov. John Kasich in his 2012 State-of-the-State Address. Under the effort, broadband will increase in capacity from 10 gigabits a second to 100 gigabits a second.

The increase will be the result of a $13 million upgrade to the 1,850 miles of a north-south fiber-optics network. “What that will do is improve research and the education network of our state,” Minor says.

That advantage is one reason regions such as Cincinnati are strengthening emerging industry clusters, such as consumer products and development that are dependent on quick responses to consumer needs through data centers and call centers. “We are doing a lot of different things to bring companies into that cluster,” says Denyse Ferguson, senior vice president, economic development for Cincinnati USA Regional Chamber.

One of the primary things that her group is working on is Agenda 360, an economic growth plan launched in 2007 that is based on and aligned with a similar plan, Northern Kentucky’s Vision 2015. One of the goals of the agenda is the creation of 200,000 net new jobs by 2020. Ferguson says the Cincinnati region created half of the jobs in the state in 2011 — the highest total employment rate in the state right now.

Discover Financial Services is one company that will be taking advantage of FIT as it expands operations at the New Albany Business Park, located in New Albany. The company will be building a $76 million, 97,000-square-foot data center in the park and add 162 new jobs in a location where they have had operations since 1998. “Basically what they are doing is expanding their processing and operations piece of the business,” Minor says.

Across the state, other communities are beginning to grab a share of new development and demonstrate their workforce diversity. American Electric Power (AEP) Ohio is headquartered in Gahanna, just outside of Columbus in central Ohio, and is the parent company of a nationwide company that provides electric services.

Also in Gahanna, Asian frozen food processor Kahiki Foods Inc. recently expanded an 119,000-square-foot facility. “This shows that we have the workforce and the capacity here to service all the needs for those industries,” says Anthony Jones, director of planning and development, city of Gahanna.

The area has a strong competitive advantage for financial services as well, Jones says, pointing to the recent expansion of JP Morgan Chase into the area that added 1,000 jobs. “I think quite frankly that we have much more growth potential in that industry here in the next five years,” Jones says.

About 50 miles north of Gahanna, Marion’s strong industrial base includes such businesses as the 55-year-old Whirlpool Corp.’s Marion division dryer assembly plant. The community’s second-largest business is Silver Line Windows and Doors, a division of Andersen Windows, which employs nearly 700 people. “The reason for this strong industrial base is the location, the availability of land, and of course, our transportation infrastructure,” says Craig Thompson, president of Marion CAN DO!, a private/public economic development partnership.

That infrastructure access also came into play with the development of Whirlpool’s distribution center project completed about a year ago, Thompson says. The company was expanding its distribution center from 500,000 square feet to 1.2 million square feet to support production facilities in Marion. A $17 million roadway connector project, the northwest industrial connector, helped convince Whirlpool to stay in Marion because it gave the company a straight shot to U.S. Highway 23 instead of going through the city.

Ferguson says Cincinnati has a number of universities working throughout the state that have been good resources for workforce development, including the University of Cincinnati and Northern Kentucky University, just seven miles southeast of Cincinnati in Highland Heights, Ky.

Thompson highlights a workforce project in Marion, the Robotics and Advanced Manufacturing Technology Education Collaborative project. It’s a joint partnership between Tri-Rivers Career Center, Marion Technical College and Ohio State University at Marion. “This is an exciting project,” Thompson says, involving the construction of a 9,500-square-foot facility at Tri-Rivers that will house various types of robotic equipment that employers, such as automobile maker, Honda are looking for.

When it comes to Ohio’s transportation network, Minor says the Ohio Turnpike Commission has approved $3 billion to support the rebuilding of the turnpike. “The positive impact that is going to have on transportation goes directly to distribution center attraction,” Minor says.

One example of that expected growth is MSC Industrial Supply Co., with eight locations throughout the state, which is adding about 250 jobs and making a $55 million capital investment to their operations. “We are seeing more and more of those kinds of announcements that just enhance and build on the strong infrastructure that is already here,” Minor says.

In Wapakoneta, Greg Myers, executive director of the Wapakoneta Area Economic Development Council, says that through the state’s Ohio Job Ready Sites (JRS) program, significant investments have been awarded to support site development. The program was created in 2005 to improve the state’s inventory of available locations, which are fully served by utility and transportation infrastructure.

Full infrastructure is in place at Wapakoneta’s JSR site, the 700-acre West Central Ohio Industrial Center. “All of those things that may cause some risk or doubt or potential time delays for an end user who is looking for a fast track project — those things have all been taken care of,” Myers says.

Myers adds the site has been certified by CSX Corp. as one of the first five CSX select sites, which are premium certified rail-served sites. The site’s connection to the CSX mainline rail means that it is just 45 miles from the new Northwest Ohio Terminal, an intermodal facility opened in 2011 in North Baltimore, Ohio, which connects directly to East Coast ports. The intermodal facility is expected to handle a throughput capacity of nearly 2 million containers per year after a gradual transition of customer shipments.

“It is my understanding that you can have delivery from East Coast ports to that intermodal facility in less than 24 hours,” Myers says. “We think that is going to be a strong advantage for companies looking for locations to do both logistics and distribution centers.

As Ohio’s communities continue to build diversified economies, new retail and housing developments have taken root. Gahanna, for example, completed a 300,000-square-foot, $60 million mixed-use development, Creekside Gahanna, in 2008. In addition, Jones says, the city has had a series of investments from the private sector creating more restaurants and retail amenities.

In Huber Heights, a $223 million, 167-acre-plus mixed-use project is underway. What’s more, “Right now we are doing a research project to see if our region could support a large scale music center,” says Trish Reents, economic development assistant with the city of Huber Heights, located in the Dayton metro.

Ohio’s strategic planners are well ahead of the curve when it comes to positioning the state for economic growth during the next 10 years. With a solid transportation infrastructure, and, even as critical, a solid fiber-optics infrastructure for research and development advances, the state’s planners are moving forward more quickly and more efficiently to take advantage of the slowly recovering economy. “It all comes down to metrics,” Minor says. “We have some pretty good successes but there are still a lot of folks out of work. We want to make Ohio the No. 1 state in job creation and I think we have the elements to do that.”

Ohio has no corporate income or franchise taxes, no taxes on new machinery and equipment, and no out-of-state taxes; as well as strong job retention tax credits.

Ohio has invested heavily in world-class systems for transportation, data and domestic and international export. More than 1,000 internationally owned companies from more than 25 countries depend on Ohio’s ease of market access and established supply chains. On another note, Ohio’s exports now exceed $40 billion annually.

Ohio’s 10 foreign trade zones help companies reduce operating costs while increasing profits. Foreign goods may be admitted to an Ohio FTZ without being subject to customs duties or other import-related taxes.