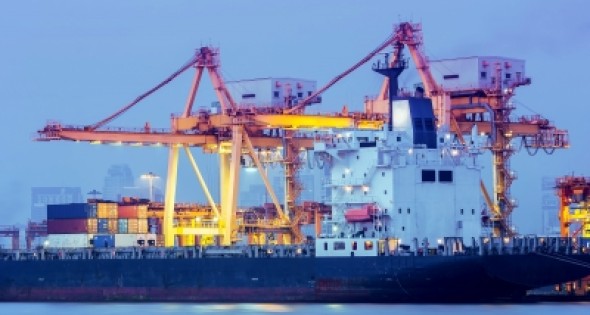 Ports keep waterborne commerce navigable in the water and on the land.

When the U.S. Congress passed the Water Resources Reform and Development Act this year they ensured the long-term competitiveness of the nation’s seaports. The legislation is the first water resources bill enacted in seven years. It is a huge step forward in bringing the seaport system back to where it should be.

The highlights of the legislation include a goal for the full use of the collections from the Harbor Maintenance Tax Fund by 2025, and streamlining the process for project studies so timely decisions can be made in regard to a project’s feasibility in order for construction to move forward.

The Harbor Maintenance Tax Fund generates $1.6 to $1.8 billion annually; however, over the past several years, only half of the funding has made its way to the U.S. Army Corps of Engineers to maintain federal navigation channels. Problems occur when ports are only able to maintain a 45-foot depth for part of the year, and they may never be able to maintain the channel width, says Kurt Nagle, president and CEO, American Association of Port Authorities. The AAPA represents more than 130 seaport port authorities in the Western Hemisphere.

The ability to streamline the project review process is especially important at the local levels, where the reforms now allow for multiple feasibility reviews to be conducted on a concurrent basis. “There are many ports that feel their channels need to be improved, and the process is long and underfunded,” Nagle says. “A number have said they will advance the money as long as they have the opportunity to seek reimbursement. A number of provisions in this bill provide either new policy or clarify policy that allows for the flexibility of local sponsors to conduct work or advance funds to the locals.”

The legislation is welcome news to port authorities, who in most cases do some of the preliminary studies on their own, or advance funding to the Corps of Engineers to move projects forward.
Ports across the nation are underway with studies to research necessary enhancements required for both water side and land side activities. In North Carolina, the state’s port authority owns and operates deepwater ports in Morehead City and Wilmington, and an inland facility in Charlotte. The Corps of Engineers is completing the Wilmington Harbor Navigation Improvement Project, “a study aimed at making the channel more efficient and safer to navigate,” writes Laura Blair, senior director of external affairs, North Carolina State Ports Authority, in an email correspondence.

In other activity at the Port of Wilmington, a private partner will construct a cold storage facility to handle imports and exports, an important asset to the agriculture cluster, the state’s No. 1 industry. What’s more, the port and the Port of Morehead City have closed deals with private partners to construct wood pellet handling facilities. “European nations are moving away from coal-fired plants and to renewable energy sources like wood pellets,” Blair notes. “North Carolina has a significant renewable and sustainable supply of wood and our ports are strategically located to this emerging commodity.”

In Maryland, port officials are involved in a 50-year lease concession with Ports America Chesapeake at the Seagirt Marine Terminal at the Port of Baltimore. This terminal manager will begin building a back gate that will operate 24 hours to move cargo from Seagirt to a nearby Duke Real Estate property, which is the site of a former GM auto assembly plant. Amazon.com is building a 1.1 million-square-foot distribution facility at the site. The back gate aims to eliminate congestion at the main gate by diverting cargo from the main public roads.

The Maryland Port Administration oversees six public terminals at the Port of Baltimore. The port is the No. 1 port in the United States for import/export of automobiles, as well as the No. 1 importer of forest products. New projects at the Port of Baltimore include the new berth at the Fairfield Terminal, which is one of the automotive terminals. A TIGER grant supports efforts to run a rail line alongside the berth. “The berth is reinforced so we can take the high and heavy loads coming off the vessels right onto rail,” says Richard Scher, communications director, Maryland Port Administration.

At the Dundalk Marine Terminal, officials have changed the geometry of some of the rail lines and increased the berth strength along those lines in order to move the rail track alongside the berths, allowing direct discharge from vessel to rail, Scher says.

The Port of Baltimore is one of only two ports on the East Coast that is prepared to handle the biggest container ships in the world; the other is the port in Norfolk, Va. Other ports have hurdles to overcome which relate to deeper channels or issues with bridges.

“We are in a good position as the economy grows and international trade expands,” says Rick Power, director of marketing and trade development, Maryland Port Administration. “We have good infrastructure in place, and with the changes you see at the Panama Canal and changes you see with alliances, we are on the cusp of major growth.”

Land Side Factors
As efforts on the water side of the port transportation equation move forward, land side developments are just as vital to ensuring efficient movement of goods. “We need to look at our freight transportation system as international, and not just inland, to enhance our competitiveness going forward,” Nagle says. “There needs to be a full recognition that more than a quarter of the nation’s economy is afforded by international trade.”

The reauthorization of the federal MAP-21 act would help address land side connections into and out of the ports, Nagle says. Enacted two years ago and set to expire in October, MAP-21 marked the first time the United States would develop a national freight policy and strategic plan to identify improvements for the nation’s transportation system. Nagle says the AAPA continues to engage officials at the U.S. Department of Transportation to ensure port-related infrastructure is part of the freight strategic plan. Areas of concern include efforts to improve the first and last mile into and out of the ports by improving highway connections.

In regard to the reauthorization effort, Nagle says “From the port industry’s perspective it is important that those next steps put more meat on the bone in terms of that national freight policy, the strategic plan and dedicated funding and policy provisions to identify and prioritize funding for freight projects throughout the country, and those that connect to port authorities and ultimately connect us to the international markets.”

In Cecil County, Md., officials from Ports America Chesapeake have visited with the area’s companies about opportunities unfolding at the Port of Baltimore. Several companies in the community are connected with activities at the port, and the county’s economic development officials want distribution, logistics and manufacturing companies to be aware of opportunities for expansion. The county is located along the Interstate 95 corridor, and has the most greenfield space available for development in the Port of Baltimore region, says Lisa Webb, director of economic development, Cecil County Department of Economic Development.

Webb says one of the developments is Principio Business Park, which has thousands of acres available for development, and due to its size, spans two interchanges along Interstate 95. “We have an enterprise zone that is encompassed in that area and it provides several tax incentives,” she says. “It is critical for companies to move quickly out of the port to their destinations.”

In addition to the highway advantages from Cecil County to the Port of Baltimore is the fact that the county is in proximity to the developing Baltimore Rail Intermodal Facility, which is part of CSX’s National Gateway project to move goods on a double-stack rail network. Webb says the county is the starting point for the double decker line.

Seaports Support the Broader Economy
Waterborne commerce figures prominently into the nation’s freight transportation system. “Over the next couple of years we will hopefully see the full implementation of the water resources legislation as far as providing these additional funds and the resources to better maintain and improve the channels,” Nagle says.

Enhancements will also support developments such as those related to the expansion of the Panama Canal, which is expected to be complete in 2016. “There is a lot of uncertainty in terms of what the opening of the canal will do in terms of trade routes,” Nagle says. There has been a significant increase in the movement of freight from southern Asia through the Suez Canal to the East Coast. Additionally, West Coast ports continue to invest heavily in their infrastructures.

“The U.S. railroads involved with transcontinental movements from the West Coast to the Midwest, and beyond, are certainly making investments in the infrastructure to compete with the potential expanded routes through the canal,” Nagle says. Another factor leading to more investments in and around ports centers on the flurry of energy-related activities in the United States. For example, the addition of LGN facilities to process and export the natural gas being produced at various shale oil plays throughout the country.

Nagle says the improvements to infrastructure throughout the system provide shippers and consumers with additional options. “This creates competitiveness and that is good for folks that are looking to use the transportation system as cost effectively as possible,” he says.