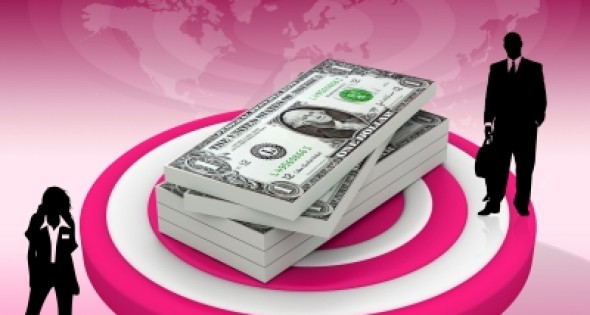 Increased transparency and accountability for tax incentives is coming whether you like it or not.

The concept of accountability isn’t new — especially when discussing taxpayer dollars and where they are spent by government agencies. Governments are under constant scrutiny regarding tax revenue and expenditures from their constituents, the media, and the public as a whole. However, there has been an increasing call for accountability when it comes to corporate tax credits and incentives for economic development. Even the Governmental Accounting Standards Board (GASB) issued an Exposure Draft in October 2014 for proposed guidance on tax abatement disclosures. These economic incentive programs draw both critics and supporters, but both seem to agree that most governments are doing a poor job reporting return on investment when providing incentives. And with many state and local jurisdictions fighting over budgetary issues, every dollar is being viewed under the economic microscope.

Incentive programs are receiving heightened visibility and increased transparency due to a couple of developments: 1) the proliferation of new incentive programs coming online; and 2) mainstream media coverage.

Issues Driving Increased Awareness
One of the largest issues driving accountability is the stress on government budgets. As policymakers fight annually over which programs stay and which get cut, there is always an eye on business incentives. As a result, governments have increasingly created performance-based incentive programs, some of which include clawback clauses — a repayment plus penalties and/or interest for non-performance. Many times a clawback

clause written into an incentive program can bring both sides of the aisle together by providing private sector accountability for milestones such as job creation or investment thresholds. That said, governments have been inconsistent with their ability to enforce corporate compliance with clawbacks. Though with so much money at stake and budgets getting tighter, legislators are taking notice and changes are on the horizon. 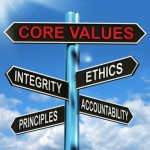 Fierce competition for jobs and investment is also drawing attention to incentive programs and the need for accountability. Some states are pushing the envelope and attempting to gain the upper hand via new legislation. The Boeing Co. experienced this move earlier this year when Rep. June Robinson, D-Everett, introduced a bill, which would cut into Boeing’s B&O tax break — one that would entirely disappear if Boeing’s Washington employment drops below 78,295. Other states — like Ohio and Texas — already have strong compliance programs to hold companies accountable. Even New York is jumping on the bandwagon — the legislature passed a new law in June requiring all Industrial Development Agencies (IDAs) to include clawback clauses in their new agreements. New York Comptroller Tom DiNapoli stated, “The importance of economic development in our state demanded that we come up with better methods to evaluate IDAs and the projects that are receiving tax breaks.”
Incentive programs are receiving heightened visibility and increased transparency due to a couple of developments: 1) the proliferation of new incentive programs coming online; and 2) mainstream media coverage. There are a few thousand incentive programs available worldwide and more programs are added each year to attract jobs and investment. The last comprehensive study performed in 2012 pinned the value of the market in just the United States at $80.4 billion annually — and even that study by the New York Times admitted it was unable to uncover every incentive. The media has also been more active in reporting when deals go south and leave a state “high and dry.” For example, in 2014 the Great Northern Paper mill in Maine received incentives and was supposed to invest $40 million into mill improvements, but instead directed the funds into paying off debts, broker fees and loans. The result: the mill is shuttered and the state owes investors $16 million in tax credits.

Factors Creating Transparency
Call it a generational movement rooted in the Millennials or a societal evolution, but there is generally a drive toward greater social responsibility — and that is fostering a desire for increased transparency on many levels. The GASB proposal is aimed at just that — creating transparency in business incentives.

The most obvious effect of ignoring the onset of accountability is the loss of real money on the bottom line – this is where clawbacks can be the most painful when forgoing a portion or all of an incentive in its entirety. Imagine missing a filing deadline and losing $10 million. It’s a reality that many corporations are facing today. And now imagine explaining that reality to your shareholders.

However, it appears the world isn’t ready for the GASB’s transparency. According to the June 2015 minutes: “…the Board agreed that the expected benefits of the tax abatement disclosures standards will outweigh the perceived costs of implementation.” The final statement won’t be issued until August 2015, but the writing is on the wall. The bigger issue here is how and how much should be reported. At the end of the day it’s a battle between the Freedom of Information Act, e.g., full disclosure and confidentiality.
The availability of technology today provides real-time media access to millions of people — and that means access to endless media sources around the world. Social media also allows us to engage with the world around us and follow stories and people who are interesting or have relevant content to share. Combined, these channels give us a great deal of transparency into the inner workings of business incentive deals across the United States and the world. A deal-gone-bad that you could hide in the local media 25 years ago is now front-and-center in multiple online media sources as well as your peers’ social media posts. Now that’s transparency.

Pitfalls to Turning a Blind Eye
As a result of increased transparency and heightened awareness around business incentives, the call for accountability is coming whether you like it or not. Government agencies are no longer taking a wait-and-see approach to their investments in the private sector. While not universally implemented yet, a new set of ground rules are being established. And if a company wants to play in the incentives sandbox, they cannot turn a blind eye to accountability due to the potential ramifications. 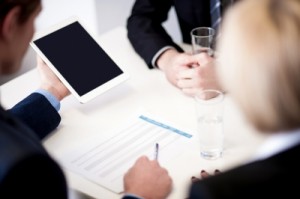 The most obvious effect of ignoring the onset of accountability is the loss of real money on the bottom line – this is where clawbacks can be the most painful when forgoing a portion or all of an incentive in its entirety. Imagine missing a filing deadline and losing $10 million. It’s a reality that many corporations are facing today. And now imagine explaining that reality to your shareholders.
Beyond the lost monetary and shareholder value, the media can unleash a disparaging PR firestorm if accountability is left unchecked. Most discretionary incentives include job creation milestones and not living up to those commitments can be the spark that ignites the firestorm in the media and the local community. Most companies desire a positive working relationship in the communities where they do business — and they want to be recognized as good corporate citizens. In order to preserve goodwill and avoid negative PR, it’s imperative that a company does not lose sight of their commitment to accountability.
Adopting Proactive Solutions
When discussing accountability the concept of compliance percolates to the top of the issues list — the two go hand-in-hand. As compliance requirements increase and governments become more sophisticated about enforcing them, companies must be proactive in addressing the new accountability standards being set in the marketplace. Compliance must become an elevated priority by the C-Suite and instilled from the top down.
With numerous departments involved in the incentives compliance process, collaboration must be adopted across the organization. The first step to true collaboration is development of an intra-departmental team with multiple employees representing each department. But with natural attrition and internal employee migration, knowledge transfer can be challenging. So employing a tool that supports collaboration can mitigate these issues. 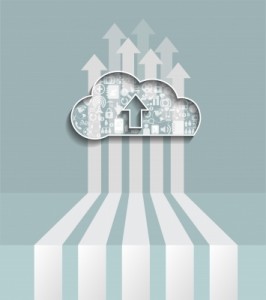 The best way to ensure your team is collaborating and your company is fully in compliance is to use a set of technology tools that will facilitate the process. Gone are the days when spreadsheets and email would suffice — especially if your company is managing a significant number of incentives. Ideally, a cloud-based solution that addresses your needs for compliance, collaboration and accountability might be the best option, depending on the complexity of your company. Identifying the options and implementing them for your company will also provide the business intelligence you need to make other strategic decisions.
Once you have your arms around your incentives compliance issues, you’ll be in a better position to identify jurisdictions where you may be at risk. As a result, you can proactively communicate and negotiate with those jurisdictions for favorable treatment or modified terms and conditions going forward. Although governments have historically put less emphasis on tracking their investments in economic incentives, the tide is clearly turning toward accountability. And with all the correct tools in-hand a company can set themselves up for future success. The accountability train is pulling into the station so it’s time to get onboard or be left behind.

Scott S. Nelson is the founder and CEO of BIGcontrols. The company’s proprietary technology is based on over 20 years of experience implementing business incentives for 100s of corporations. BIGcontrols, which offers a cloud-based solution, is a software company with a business incentives subject matter expert at the helm, not a consulting firm masquerading as a software provider. Learn more by visiting www.bigcontrols.com.