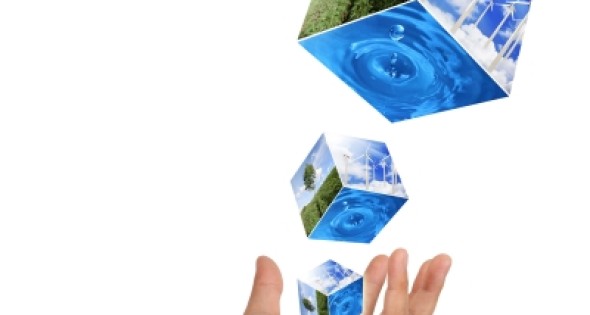 The Bottom-Line Benefits of Sustainable Practices

In today’s economy, the term “green” is used often, but sustainable business practices are not just about branding or media reputation. Businesses focusing on sustainability — from producing less waste and consuming fewer inputs (such as raw materials, energy and packaging materials) to utilizing resources more efficiently can also enjoy tangible results to their bottom line.

As consumers and investors grow more interested in supply chains and product sourcing, proactive companies are moving beyond legal compliance requirements and recognizing that successful sustainability performance can translate into long-term profitability and increased competitive advantage.

“Businesses are caring about this for a number of reasons, especially greater cost savings and increased asset value,” says Karl F. Seidman, faculty director, green economic development initiative, Massachusetts Institute of Technology. “We see some of this in the growing use of Energy Star products and development of ‘green’ buildings, which in many cases have been shown to result in higher rent and resale value. Healthier, more-efficient buildings generally lead to healthier, more productive employees, which is good for everyone,” Seidman says.

One of the projects that Seidman’s group is involved in — the Green Economic Development Initiative — is designed to help economic development organizations and other stakeholders incorporate sustainability goals into their work and to pursue new green markets. Other projects, such as Economic Development Opportunities in Green Infrastructure, are focusing on using natural systems to help beautify cities and create new economic opportunities, especially for smaller firms and less-skilled labor.

Following sustainability methods can also mitigate risk, Seidman continues. “For instance, if you’re using less energy, you are less vulnerable to energy cost shocks and supply interruptions. Furthermore, the marketplace is shifting; companies are not just being judged on price and product alone, but on their values as well, by both customers and potential employees.

“That’s why we’ve been advising practitioners and regional economic development agencies around the country on how the commercial real estate sector can capture what is a pretty impressive set of savings from making current systems work more efficiently,” Seidman continues.

“Going green” is becoming a standard requirement not only to enter a market, but to stay in it, thanks to cost-savings and efficiencies gained from process restructuring. Retail giant Walmart Stores Inc., for instance, has funded truck manufacturers to produce a hybrid diesel truck, while internally, it is eliminating more than 60 percent of store-generated waste — resulting in close to $20 million in savings and a reduction of 38 million pounds of waste being sent to landfills every year.

Some companies are “greening” their supply chain to pursue entirely new business opportunities. High-profile examples include Dell Inc. — recovering parts from their electronics; GE — developing a hybrid locomotive; Coors — distilling waste beer into ethanol for distribution at Colorado gas stations; and Caterpillar — unveiling its first hybrid excavator, whose technology pays back in as little as one year and cuts fuel consumption by 25 percent over its non-hybrid counterpart.

Although businesses — especially multinational companies — have been pursuing green programs for years, many are also taking their involvement in sustainability to a higher level by formally partnering with government agencies. One recent example of such a public-private collaboration is between the U.S. Environmental Protection Agency (EPA) and LG Electronics USA (LG).

Under an agreement signed last December — the first such agreement signed by a leading consumer electronics and appliance manufacturer — both have agreed to work together on a broad array of EPA environmental stewardship programs with the EPA’s technical assistance.

In support of the partnership, company initiatives will include energy efficiency and greenhouse gas reductions in manufacturing and the supply chain; consumer education aimed at reducing the environmental footprint of products; producer responsibility through consumer take-back/recycling programs; reduction in the use of hazardous substances; deployment and promotion of renewable energy technologies; and development of innovative green life-cycle product designs.

Although businesses — especially multinational companies — have been pursuing green programs for years, many are also taking their involvement in sustainability to a higher level by formally partnering with government agencies.

Internally, the company’s focus on environmental sustainability and energy conservation is driving the planned construction of its new LEED-certified North American headquarters in Englewood Cliffs, N.J. The company is also reviewing more than 15 office buildings in its portfolio for operating and energy-efficiency enhancements as part of a commitment to reduce greenhouse gas emissions by an industry-leading 50 percent, for its U.S. operations by 2020.

As part of this global trend, environmentally-friendly technology and raw materials are also enjoying a boom in demand, as suppliers and major consumer brands focus on sustainable transport and packaging applications.

One state taking the lead in such efforts is Georgia, where making Atlanta one of the most sustainable cities in the country is one of Mayor Kasim Reed’s top priorities, says Brian McGowan, president and CEO, Invest Atlanta.

“Not only do we have specialized clean energy companies and Georgia Tech incubating companies focused on sustainable technology, we’ve got public-private programs like Better Buildings Challenge Atlanta which boost energy efficiency, but are actually a great business attraction tool,” McGowan says. “As part of our holistic approach, we’re also supporting companies in Atlanta that are already leading in sustainable technology and innovation.”

One of those locally-based leaders is the Coca-Cola Co. which announced its partnership last fall with JBF Industries Ltd. to further expand production of the bioglycol material used in the company’s trademarked PlantBottle packing. Since the major packaging innovation — the first recyclable PET plastic bottle made partially from plants — was launched in 2009, more than 10 billion PlantBottles have been sold, eliminating the equivalent of almost 100,000 metric tons of carbon dioxide emissions — the equivalent of 200,000 barrels of oil from the company’s traditional PET plastic packaging. The supply partnership will help Coca-Cola move the company closer to its target of using the new packaging technology in all of its plastic bottles by 2020.

Another Atlanta-based innovator using environmental and social goals to drive economic priorities is Novelis, a world leader in rolled aluminum products. Not only has the company achieved reductions in four of its primary environmental targets over the last year, it has begun investing approximately $1.4 billion to help meet expected demands in the aluminum market and fulfill an ambitious recycling target of 80 percent recycled content in their products by 2020.

In Washington State, planning and investing in environmental protection to boost economic growth is the driving force at the Port of Vancouver USA where several forward-thinking sustainability initiatives are in place, including the Columbia River Wetland Mitigation Bank.

By mimicking natural systems, the 154-acre bioretention facility will move stormwater through a natural landscape, resulting in much cleaner water eventually entering Vancouver Lake. In terms of economic benefits, the bank creates an economic incentive for preserving and enhancing wetlands since it typically involves the consolidation of many small mitigation projects into a larger, more ecologically-valuable site.

In the port’s case, not only does such consolidation encourage greater habitat diversity, it has the potential to save money for nearby industrial project applicants throughout the application and permitting processes, explains Curtis Shuck, director of economic development and facilities, Port of Vancouver USA. “The mitigation bank is a great community asset benefitting a wide service area, but from an economic development standpoint, it’s been an extremely positive outcome for site selectors who are all about dollars and cents. Developers and public entities have a wide range of options here, since they can purchase credits for more developable acreage on their particular side of the property.”

“As a partner to lots of different agencies and the community, we’re working to ensure that Vancouver Lake stays a valuable amenity for recreational use in our county,” adds Mary Mattix, environmental program manager, Port of Vancouver USA. “But by enhancing the property to its best use, we’re providing commercial tenants a higher level of water-quality treatment that’s also a buffer against changing regulations in the future.”

“As the economy becomes more vulnerable to environmental change, it’s going to become more important to be thinking long-term about those impacts,” Seidman says. “I think recognition and integration of resilience, sustainability and utilizing natural systems will become more important in that process over time.”

“Creating the state’s largest bioretention system in an industrial setting has been ambitious, but what sets us apart is that we really see ourselves as a partner in figuring out how to bridge the challenges of environmental protection and economic development,” Shuck says. “We’re always looking for the best possible business opportunities that support the long-term viability of the port, the community and our tenants. Using sustainability to increase the value to residents and the development while reducing the cost to developers has been a win-win.”