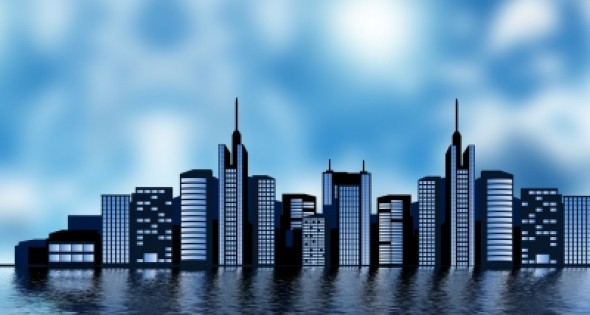 WASHINGTON (October 15, 2014) – The latest three-year outlook from the Urban Land Institute (ULI) and EY predicts continued strengthening in the real estate capital markets and commercial real estate fundamentals despite slightly less optimistic forecasts for commercial mortgage-backed securities (CMBS) issuance, housing starts, and house price growth. The new U.S. real estate forecast – covering 2014 through 2016 – is based on a survey of 43 of the industry’s top economists and analysts representing 32 of the country’s leading real estate investment, advisory, and research firms and organizations.

The latest survey results of the semi-annual ULI/E&Y Real Estate Consensus Forecast, prepared by the ULI Center for Capital Markets and Real Estate, were released today during a ULI webinar open to ULI members and the media. The market survey, conducted last month, is the sixth in a series of polls conducted to gauge sentiment among economists and analysts about the direction of the real estate industry.

“Compared to the previous forecast in April 2014, this forecast remains positive and is even slightly more optimistic regarding commercial property transaction volume and prices; annual returns for institutional retail, industrial, and office properties; and, somewhat surprisingly, fundamentals in the multifamily sector,” said Anita Kramer, senior vice president of the ULI Center for Capital Markets and Real Estate.  “While forecasts are slightly lower for a few key indicators–CMBS issuance, housing starts and growth in housing prices – they remain positive.”

“Global investors generally have an optimistic view of real estate market opportunities worldwide. A wide consensus said that transaction volume will continue to increase globally,” said Howard Roth, global real estate leader at EY. “We are seeing an acceleration of capital flows from East to West, new REIT legislation in emerging markets, and extensive debt and equity capital available for real estate transactions globally. While some see an economic slowdown as a concern, currently, conditions remain positive for real estate investing over the next several years.”

The Consensus Forecast’s key findings include:

Economic Outlook
The latest Consensus Forecast projects solid growth over the next three years for the U.S. economy. Despite a projection that the 2014 economic growth rate will be lower than for 2013 – likely due to the weather-related decline in the first quarter – the new outlook expects annual gross domestic product (GDP) growth to strengthen and exceed the 20-year average in 2015 and 2016, with growth rates in both years at 3.0 percent. The unemployment rate is expected to fall to 6.0 percent by the end of 2014 and remain there in both 2015 and 2016. In addition, survey respondents expect inflation to remain consistent at 2.0 percent for the next three years while predicting ten-year treasury rates to remain at 3.0 percent in 2014 and 2015 before rising to 4.0 percent by the end of 2016.

The ULI/E&Y Real Estate Consensus Forecast reflects consensus reached on 26 economic and real estate indicators; the forecast for each indicator is the median forecast from the 43 survey respondents. The next forecast is scheduled for release during April 2015.
About the Urban Land Institute

The Urban Land Institute (www.uli.org) is a nonprofit education and research institute supported by its members. Its mission is to provide leadership in the responsible use of land and in sustaining and creating thriving communities worldwide. Established in 1936, the Institute has over 32,000 members representing all aspects of land use and development disciplines.

About EY
EY is a global leader in assurance, tax, transaction and advisory services. The insights and quality services we deliver help build trust and confidence in the capital markets and in economies the world over. We develop outstanding leaders who team to deliver on our promises to all of our stakeholders. In so doing, we play a critical role in building a better working world for our people, for our clients and for our communities.

EY refers to the global organization, and may refer to one or more, of the member firms of Ernst & Young Global Limited, each of which is a separate legal entity. Ernst & Young Global Limited, a UK company limited by guarantee, does not provide services to clients. For more information, visit ey.com/realestate. EY is a client serving member of EY Limited located in the United States.

This entry was posted in Press Release by Robert Krueger.