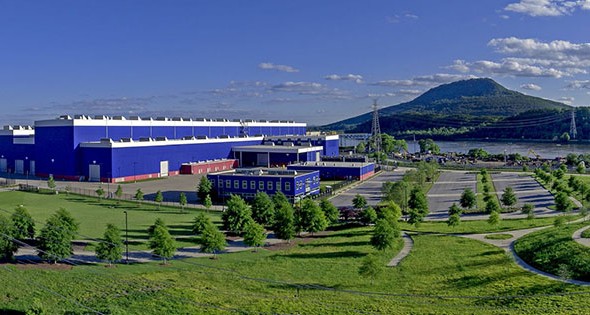 After a leading power generation user sold and vacated the property in 2018, the state-of-the-art facility with clear heights of up to 87 ft. across four bays is now uniquely positioned to attract a global company looking to expand in a strategic Southeast U.S. location.

CBRE’s Sim A. Wilson and Aaryn Wilson are marketing the property for lease on behalf of the landlord, West End Property II, LLC.

“The extremely high replacement cost to replicate a facility of this quality creates a one-of-a-kind opportunity for a high-capacity manufacturing company,” said Sim A. Wilson, senior vice president at CBRE. “The property was redeveloped in 2009 and remains in pristine condition. It is a truly unique leasing opportunity that we expect will receive strong interest from regional, national, and global companies alike.”

In addition to the four fully air-conditioned high bays, the facility features a privately-owned 40 megawatt substation, 14 interior bridge cranes with capacities from 100 to 509  tons and an exterior barge loading river dock with 509-ton crane capacity. Rail runs adjacent to the facility through a Norfolk Southern spur. A 16,840-sq.-ft. LEED Gold certified office building as well as a 5,000-sq.-ft. warehouse adjacent to the barge loading crane at the riverdock are also included in the property campus.

Chattanooga is strategically located in the Southeast corner of Tennessee, 135 miles southeast of Nashville, 120 miles to the Southwest of Knoxville, and 120 miles northwest of Atlanta, at the junction of four Interstate highways. The city spans 143.2 sq. mi. with a metro area population of more than 530,000.

Chattanooga, dubbed “The Gig City” thanks to its city-wide gigabit internet service, has primed this state-of-the-art facility for the demands of a diverse range of industries in competitive markets.

New companies coming in will join a growing cohort of other global concerns that call the Chattanooga Region home, including Volkswagen, Komatsu, Sanofi and Nokian Tires.

Chattanooga has also become a thriving hub for tech companies in recent years. Thanks to the city-wide gigabit network that was installed in 2010, and later expanded to a 10-gigabit service in 2015, the Tennessee city has the fastest internet in the country, with speeds 200 times faster than the national average.

In addition to access to some of the world’s fastest internet speeds, global manufacturing companies in Chattanooga benefit from: