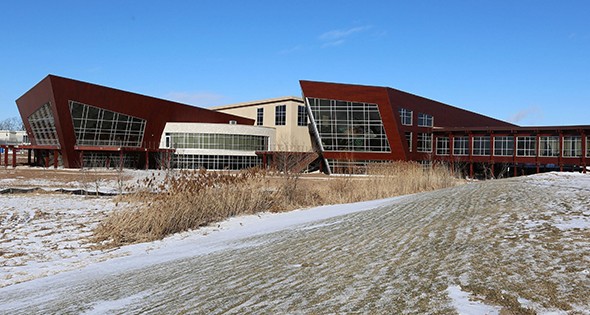 More often than not, the sight of massive cranes at work and steel beams rising into the sky is a sign of economic development. In recent months, this has been particularly true within the 18-county region of Northeast Wisconsin known as the New North.

In Green Bay, the first new paper mill in the United States in 20 years is being constructed. The largest project in the history of Brown County at $583 million, the investment in the local community is being made by Green Bay Packaging, in conjunction with state and local partners. The company has produced corrugated shipping containers, folding cartons and coated label products, among other things, for 86 years. This project is bringing 1,000 construction jobs, along with 200 new mill jobs, to the New North.

At the southern end of the New North region, growth continues through the expansion of private businesses. One such company is Johnsonville, the largest sausage maker in the United States by revenue. Employing 1,200-plus at its headquarters in Sheboygan, it needed additional capacity to support upcoming future investments in engineering, research and development, and marketing.

With plans to add nearly 100 new jobs over the next five years, plus a desire to furnish the amenities that the next-generation workforce wants, Johnsonville set about to grow its global corporate office. The 49,000-square-foot addition, constructed at a cost of $16 million, provides more spacious working quarters for employees, 13 new conference/meeting rooms, a 15,000 square foot fitness center with locker rooms, a coffee shop with a full-time barista, and a new employee cafeteria.

Nearby in Sheboygan, Acuity Insurance recently doubled its total space to 1.2 million square feet to support up to 4,000 employees. Known for the “world’s tallest symbol of freedom,” a 140’x70’ U.S. flag atop a 400-foot flagpole along Interstate 43, the company provides property and casualty insurance products for consumers and businesses.

Another major insurance company, SECURA in Appleton, is in the midst of constructing a new 300,000 square foot corporate headquarters on 160 acres that will house up to 900 employees. Being built at a cost of $90 million, completion is expected late in 2019.

Another defense supplier, Oshkosh Corp., is maintaining its headquarters in the New North region through a new, 190,000 square foot headquarters on 32 acres. Approximately 650 company employees will work in the facility, which is scheduled to open in the fall of this year.

A pair of restored vintage hotels have come on line recently in Northeast Wisconsin. The Hotel Northland, located in downtown Green Bay, opened on Valentine’s Day 2019. The $40-plus million project, which saw the renovation of a 1920s era hotel that is on the Wisconsin Register of Historic Places, today is a Marriott property with 160 guest rooms.

Another hotel from the 1920s, the Hotel Retlaw in Fond du Lac, opened to guests in March following a $25-million restoration which maintained the original windows, tiles and ceilings. The property is expected to bring 35,000 people to the city each year and have a $25-million economic impact.

Complementing all of this development within the New North has been improvements to interstate highways 41 and 43, which run north-south through the region, working to meet 2035 projections of 220,000 vehicles annually.  To this point, 13 interchanges have been rebuilt and 31 miles of highway have been expanded from four lanes to six.

More on New North can be found at thenewnorth.com. Video of many of the aforementioned projects can be viewed at youtube.com/watch?v=QHM2FLiNB0s.