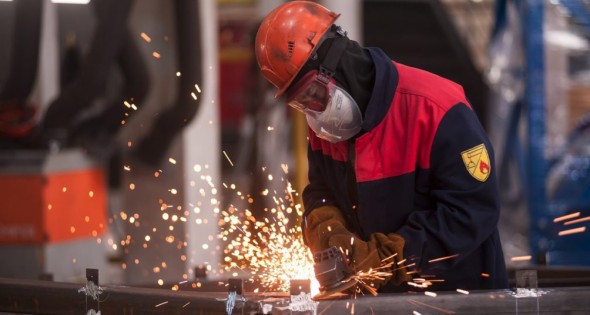 Officials from The Toro Company recently announced the company will be expanding its Perry, Okla., manufacturing facility, home to Ditch Witch and other leading construction brands. The move is expected to bring up to 100 new jobs to the rural community and expand its current building by an additional 200,000 square feet.

The Toro Company, based in Bloomington, Minn., is the parent company of Ditch Witch, which first started operations in Perry more than 80 years ago. The expansion further reinforces the company’s long-standing commitment to the Perry community and the State of Oklahoma, and positions the company to support future growth.

“Across our global manufacturing facilities, we continue to focus on driving operational efficiencies and investing in automation and capacity to better serve our customers,” said Rick Rodier, group vice president of construction, contractor and residential businesses at The Toro Company. “This investment in the Perry facility expands our manufacturing capacity, reinforces our commitment to the community and the many customers we serve around the world, and ultimately helps us continue to produce the world-class products Ditch Witch is known for well into the future.”

As part of The Toro Company’s expansion agreement, the company was awarded $6 million through the Business Expansion Incentive Program by the Oklahoma Department of Commerce. The funds will be used for road improvements in front of the existing and expanded facilities.

“The expansion of The Toro Company facility in Perry is a great win for Oklahoma,” said Oklahoma Gov. Kevin Stitt. “I am proud of partners like the Oklahoma Department of Commerce, Greater Oklahoma City Chamber and the Oklahoma Department of Transportation for their conjoined effort in continuing Oklahoma’s economic development while adding new jobs to Perry.”
Ditch Witch specializes in the manufacturing of underground construction equipment and is a leading source for trenchers, horizontal directional drilling systems, mini skid steers and more.

“This is an exciting day for central Oklahoma,” said Roy Williams, president & CEO of the Greater Oklahoma City Chamber. “Our mission is to grow the economy of all parts of central Oklahoma and what is good for Perry is good for the entire region. We were excited to work on this project which puts capital investment and new, quality jobs in a community that has long focused on having a strong manufacturing economy.”

The growth of operations in Perry will allow the company to increase efficiencies and improve its production to better serve its worldwide customer base.