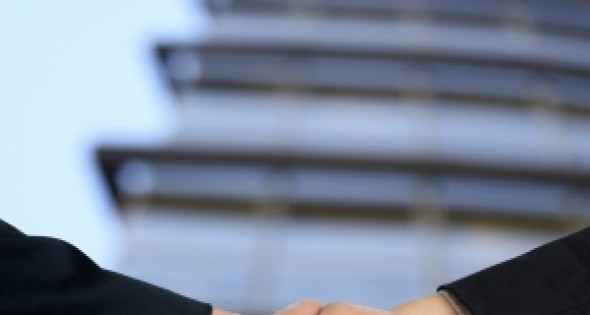 When businesses expand or relocate operations to Alabama, they will find economic developers who are partners in their prosperity. “The state is constantly aware of and seeking to improve the business climate,” says Greg Canfield, secretary, Alabama Department of Commerce. “Our success is shown by the fact that we continue to have major expansions by existing industries. Businesses have the ability to be successful into the future.”

For example, Mercedes-Benz has conducted five expansions since locating to Vance in 1997. The company will begin manufacturing its C-class line of cars from the state, which will create 400 new jobs. Hyundai’s, in Montgomery, is underway with its third expansion, and has added a third shift, resulting in 877 new jobs and an investment of $23.5 million. And Austal USA, a shipbuilder of military class ships, is on its fourth expansion in Mobile.

Successful and thriving companies act as ambassadors, providing insights as to the advantages of business climates with corporate leadership teams. The significant aerospace sector in Alabama has long been driven by the military, defense, space exploration and MRO sectors. In April, the commercial aircraft sector was officially added to the roster with the groundbreaking for an Airbus final assembly plant at the Brookley Aeroplex in Mobile.

Airbus will invest $600 million in the assembly facility, which will produce the A320 family of aircraft, notes Troy Wayman, vice president, economic development, Mobile Area Chamber of Commerce. The company will also construct a delivery center showroom. The company expects to hire 1,000 staff members, with the first planes rolling off the assembly line in 2015.

Mobile’s officials initially anticipate integral service providers to Airbus will locate at or near the Brookley Aeroplex; for example, a painting contractor or an engine podding facility. The Brookley Aeroplex is home to companies such as MRO provider ST Aerospace Mobile Inc.; Star Aviation, an aircraft component manufacturer; an aviation school; an Airbus engineering center, which mostly designs the interiors for the 350 and other lines of planes being built in Europe; and newcomer Safran Engineering Services, which will provide services to Airbus.

In other aerospace cluster activity, in Auburn, GE Aviation has opened a 300,000-square-foot manufacturing plant where it will produce jet engine components. The company is investing $75 million in the project, creating 50 jobs by the end of this year, employing up to 400 people by the end of the decade.

In April, legislation spurred by the Airbus project went into effect, which reduces the amount of time in regard to the statute of limitations concerning product liability in the aerospace and aviation sector, Canfield notes. “It creates a more competitive environment for assemblers of aircraft that are large enough to seat 100 or more passengers,” he says.

In regard to branding activities, earlier this year, Canfield’s office launched the www.madeinAlabama.com website, which promotes the state’s favorable business climate. The website is part of the state’s strategic plan, Accelerate Alabama, which was completed in January 2012. The plan identified 11 industry sectors the state should target in regard to economic development efforts.

Huntsville is home to nearly 200 companies, including OEMs, involved in the aerospace and defense industries. “For technology companies, employees are willing to move here because there are opportunities to find their fit,” says Ethan Hadley, vice president of economic development, Chamber of Commerce of Huntsville-Madison County. “One of our major strengths is our workforce consists of the highest concentration of engineers in the country, many involved in aerospace, defense, telecommunications, and biotech.”

The HudsonAlpha Institute for Biotechnology opened in Huntsville in 2008, which attracted a researcher and most of his staff from Stanford University, which attracted additional researchers focused on genomics and genetics. The institute conducts research in alternative fuels, breast cancer, diagnostics, therapeutics and biobatteries.

Entrepreneurs thrive in Huntsville, where serial entrepreneurs mentor the next generation of startup companies. “There have been many ‘gee whiz’ moments in Huntsville, most of which came out of NASA,” Hadley says. “If not for the space exploration programs, we wouldn’t have some of the technologies that we do.”

Moving to Mobile, which is well suited for the aerospace, chemical and shipbuilding industries, officials are researching “where we can be most successful in the IT sector,” Wayman says. Mobile is also home to two facilities for ThyssenKrupp, one producing carbon steel and one producing stainless steel. In January, Finnish company, Outokumpu Oyj closed on the purchase of the stainless steel operation. The company has hired another 150 employees for this facility.
“The carbon side is currently still for sale, but we suspect we will see a new owner by mid-summer,” Wayman says. He points out that ThyssenKrupp met the job commitments it made when it originally announced the $5 billion project a few years ago.

In other industry activity, Mobile is a strategic hub for companies looking to serve their facilities located throughout the country, Wayman adds. Assets include five Class I rail carriers, which intersect at the Port of Mobile. The port and container terminal offer access more than 15,000 miles of inland waterways. What’s more, interstate highways 65 and 10 run through the city.

AIDT is the state’s award-winning workforce training and services program, which offers services at no cost to employers or trainees. With offices throughout the state, AIDT’s operations include centers focused on robotics, woodworking, forestry, maritime, and media production and crew training.

At the local level, from Guntersville, located south of Huntsville, companies can access a number of community colleges in the area. Marshall Technical School is partnering with local high schools and community colleges to develop workforce training initiatives to meet the needs of the area’s employers.

Huntsville’s employers have access to three four-year universities and two community colleges, one of which is the largest in the state, Hadley says.

Located at Redstone, which is divided into four zones, including a professional and industrial zone, are 60 entities such as the FBI and ATF, Hadley notes. The FBI has opened a new IED forensics school.  The U.S. Army’s Materiel Command, and the Aviation and Missile Command, among operations, are located at Redstone. “And, anything that the Army flies — unmanned, helicopters or fixed wing — those programs are located here,” Hadley says.

Hadley says a new development is the Redstone Gateway Park, a $1 billion project. The Boeing Co. recently opened a three-building campus, primarily focused on the space launch system, or SLS. “Just like with the Apollo space program, Huntsville is the nexus for the development of next generation of deep space exploration’s heavy lift vehicle, the SLS,” Hadley says.

In Guntersville, the 428-acre Conners Island Business Park is ideally suited to support data center operations, engineering firms and light manufacturing companies. The business park has been certified as an Alabama AdvantageSite, a program of the Alabama Department of Commerce. Some of the acres in the park have also been designated as a TVA Primary Data Center location, which is a program of TVA. The Guntersville site was the first site in Alabama certified by the TVA program, says Grant DeMuth, economic development director, city of Guntersville.

DeMuth says: “For those that may want to locate just outside of Huntsville, the opportunity at Conners Island, located 35 minutes away, offers a beautiful location with a water view. Our state park is a couple of miles from the location.”  The park has attracted its first major company, Duckett Fishing, for a corporate headquarters and warehouse operation. The company manufactures the world’s first mass produced microguide technology fishing rods.

The city of Guntersville is located along Lake Guntersville, and is the southern-most point of the Tennessee River, DeMuth says. People embark on water adventures from Guntersville, making their way to the Gulf of Mexico, to Florida and up to the Great Lakes region.

DeMuth says the airport in Guntersville, located along the lake, is underway with a runway expansion to 5,000 feet. Seaplanes can land on the lake and hook up to a floating dock; or if they are amphibious aircraft, they can land on the water, come out of the water, and taxi up the runway. The airport is located across the street from the Conners Island Business Park.

This summer, Guntersville will host a splash in event, attracting seaplane pilots from across the country. Earlier this year, the city played host to the second annual rowing club regatta. “There were 350 competitors from four colleges and junior level teams,” DeMuth says. In February 2014, the city’s harbor will be the location for the 2014 Bassmaster Classic.

Moving to Huntsville, Hadley says there is a growing movement to develop downtown, with the addition of lofts and restaurants. The art museum has completed an expansion. The city is home to one of the oldest symphony orchestras in the Southeast United States. Sports teams in the community include a hockey team, an indoor football team, and the Huntsville Stars, the farm team for the Milwaukee Brewers.

Wayman says Mobile is also busy with revitalization efforts, with developers bringing in a variety of facilities, including residential. “We will continue to see more of this growth,” he says. “The Retirement Systems of Alabama, an investment manager of public pensions, has purchased three buildings in the downtown, and has built an additional tower. They have just purchased a fourth building. When it is all said and done, they will have invested $1 billion in our downtown.”

Mobile offers residents a coastal lifestyle. The city is also an international community, home to 33 manufacturing companies representing more than 18 countries. “We have business friendly elected officials who work with us on a team approach to economic development,” Wayman says. “Our continued success is proof that there is really something about Mobile that makes it a great place to do business.”

Chamber of Commerce of Huntsville-Madison County

With mountains to the north, beaches to the south, and millions of acres of forest and waterways in between, Alabama is a playground for outdoorsmen. If you’re into fishing, hunting, hiking, camping, boating, birding, and rafting — or you’re just looking to reconnect with nature for a moment — you’ll find it in Alabama. Source: www.madeinalabama.com