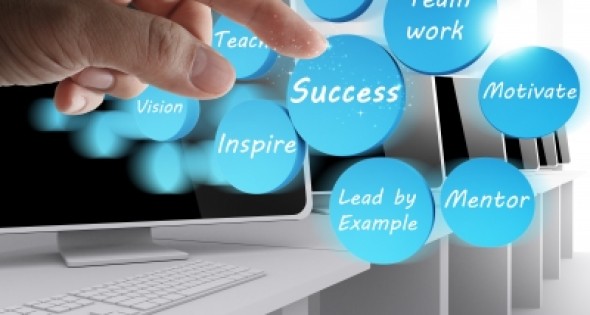 In the Declare Wyoming social media campaign, declarewyoming.com, companies share their experiences in the state and say you are freer to live and do business in the state. They say if this appeals to you, declare Wyoming and make your statement. The initiative, which began this year as a way to market the state’s shooting, hunting and outdoor sporting industries, has caught on with companies in the manufacturing, distribution and data center industries, which will also share their experiences as part of the campaign.

“These businesses resonate with the message that if you want a stable regulatory environment, if you want fewer regulations on your business, we are a place to take a look at,” says Bob Jensen, CEO, Wyoming Business Council. The campaign, in part, was prompted by the location of HiViz Shooting Systems, which is in the process of moving to Laramie from Colorado. The campaign is rooted in the state’s message that in Wyoming, you are better able to run your business the way you built it — on your terms.

Jensen says the real story in Wyoming’s economic development environment is the commitment by the governor and state legislators to continue to fund the Wyoming Business Council’s business support programs, including the Business Ready Communities grant and loan program.

Wyoming’s legislators have passed a fuel tax increase to support infrastructure developments in the state. Even with the increase, the state still enjoys one of the lowest fuel tax rates of any of its neighboring states. “Generally speaking, we have the lowest fuel prices of any of our neighboring states,” Jensen says.
The $75 million collected annually will support the maintenance of roads, which are critical to the state’s tourism industry and businesses. “We are relatively remote from major markets, but because of the investments we have made in improving our distribution and logistics infrastructure, we have effectively narrowed the distance to markets,” Jensen says. “We have also expanded our investments in rail access.”

Wyoming continues to be the nation’s BTU capital, exporting more energy to the nation than any other state. The state’s energy portfolio consists of an array of mineral and energy resources.

An area of exploration centers on carbon conversion industries, such as the conversion of natural gas to other products such as motor fuels in the form of diesel, gasoline, and compressed and liquefied natural gas (LNG).

Later this year, the Wyoming Business Council will host an LNG technology conference to highlight the benefits of using LNG in high horsepower applications such as locomotives, drilling rig engines and mining equipment engines.

Another area focuses on converting gas and coal to chemical feedstocks and fertilizers. “We work with the University of Wyoming, the Idaho National Laboratory and other national labs to put the right technologies together so people can see the benefit of locating those operations here, where the energy commodity production is,” Jensen says.

Wyoming is also the nation’s leader in the production of uranium. Expansion efforts include attracting companies that require proximity to the mines to conduct next generation activities in the uranium fuel cycle.

In a longer-term view in utilizing the state’s energy resources and assets, small modular technologies in hybrid energy systems are being explored. The systems would use natural gas or coal conversion or wind energy in hybrid plants that would make a portfolio of products, such as electricity, liquid fuels or chemical feedstocks, Jensen says. “There is no better place than Wyoming to do the R&D and deployment of these advanced energy technologies that can fuel the nation and the world,” he says.

In northeast Wyoming, a new resource is being explored: rare earth minerals. One of the five counties in the region, Campbell County, is an energy powerhouse, home to 16 coal mines and five power plants, along with gas and oil and uranium, says Linda Harris, executive director, Northeast Wyoming Economic Development Coalition. The developments in rare earth minerals are being explored in Crook County by a company called Rare Element Resources, which plans to open a mine and a processing plant. The minerals are used in variety of products such as lithium batteries and by the U.S. military in jet engines.

The agricultural sector is also important in the northeast region of the state, a sector that includes crops and cattle.

The county is also home to a medium-security correctional facility, and a national historic site in Fort Laramie.

“Goshen County is home to the Torrington Livestock sale barn, which attracts people from here, and the states of Nebraska and Colorado,” says Lisa Johnson, executive director, Goshen County Economic Development Corp. “There is a lot of range land for beef cattle and feedlots.” Western Sugar Cooperative processes sugar beets grown in the area.

Back at the state level, industry clusters gaining steam include the outdoor and recreation sector, and data center operations. “Throughout the state there are a variety of outdoor products and recreation industries,” Jensen says. “They are dispersed geographically but still form a meaningful cluster industry. Really, when you look at Wyoming’s strength with these companies, we are in the center of a large, regional outdoor sports manufacturing and recreation industry.”

The state’s assets also lend a hand in the expansion of the data center industry. Advantages include geological stability, proximity to population centers, and an abundance of low cost power and fiber connectivity. Microsoft is in the process of building Phase II at its Cheyenne data center facility. “Our industry base is anchored by both global scale entities such as the National Center for Atmospheric Research, which has a supercomputer facility in Cheyenne, and homegrown entrepreneurial startups such as Ptolemy Data Systems in Sheridan.” Jensen says.

Other activity includes the expansion of EchoStar’s data center, whose parent company is Dish Network.  Data centers that got their start in Wyoming and which have global footprints, continue to expand in the state. Green House Data began in Cheyenne and is breaking ground for a $35 million, 35,000-square-foot data center; the company has three existing facilities.

In regard to the state’s higher education, Eastern Wyoming College, located in Torrington, has a service territory that extends to northern Wyoming along the state’s eastern border, Johnson says. The college’s welding program is well regarded statewide, and a portable trailer allows instructors to provide onsite training.

The college also provides training for the oil and gas industry, and has a branch campus in Douglas, which is 100 miles north of Torrington.

In the northeast region, Gillette is home to a college that is part of the Northern Wyoming Community College District. Mining companies send their employees to receive training at the college’s tech center in areas such as welding, electrical and diesel mechanics. “We applied for a workforce training grant, and we have an organization called Manufacturing Works, which is an arm of the University of Wyoming,” Harris says. “We are partnering with them to go to our communities and train the workforce.” Startups and entrepreneurs will receive a boost when the University of Wyoming opens an incubator in Gillette.

Oil and gas exploration is taking place in Goshen County, a new industry focus for the county, Johnson says. A new rail transload facility is being developed by 88 Oil LLC in the Fort Laramie and Guernsey (in nearby Platte County) areas. Guernsey is one five hubs in the United States with a large convergence of gas lines. In other rail infrastructure developments in the county, Union Pacific is developing a rail park near Yoder.

The Yoder Industrial Park includes sites from 5 acres to 200 acres that are ideally suited to support industries such as oil field equipment operators. “The developer also owns the Yoder Wyoming Grain Co., so they are also interested in ag businesses,” Johnson adds.

The new 66-acre Cold Springs Business Park in Torrington was recently annexed. The infrastructure in the park will be complete this month; with the first tenant opening in the spring. The Torrington Business Park, owned by the city, is home to Natures Composites, which manufactures a wood composite product made of wheat straw and recycled plastics and used in fences and decking.

In the northeast part of the state, Harris says the rare earth mine development will increase the need for housing in the small communities located near the mine. Businesses that want to supply the mine will find space at the Upton Business Park, which is where the mineral processing plant will be located.

Wyoming is a large state with diverse regions and industries. “The state is a great place to live,” Harris says. “There are so many opportunities, with hunting, fishing and outdoor recreation. We are in the middle of Devil’s Tower and Yellowstone National Park.”

Wyomingbusiness.org says the western two-thirds of Wyoming is covered mostly with the mountain ranges and rangelands of the eastern Rocky Mountains, while the eastern third of the state is high elevation prairie known as the High Plains.

In the fall, the weather in Wyoming is perfect for a family road trip. The crowds are starting to die down and the Wyoming wildlife is coming out to play.  Consider taking a drive through Grand Teton National Park at dusk. Scenic  drives include: the Snake River and Hoback canyons and Teton Pass in the Bridger-Teton National Forest near Jackson; Cody to Yellowstone and Chief Joseph Scenic Highway in Shoshone National Forest, among others. Source: www.wyomingtourism.org.