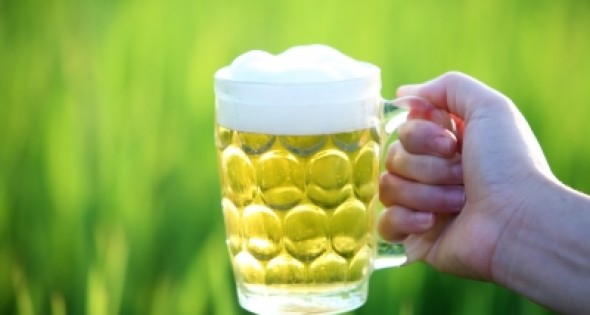 As consumers become more informed about what they are eating, the demand for gourmet and artisanal foods is expected to rise even further.

What most people may not be aware of is that the United States is becoming an increasingly visible presence in the international specialty foods market. Partly behind this phenomenon is an increasing consciousness about health and sustainability, as more and more consumers here and abroad consider it important to purchase “natural,” “organic” or sustainable products. Another major factor is the growing desire for different cuisines and new food experiences sought by European consumers, as well as the booming middle class populations of Asia and other emerging economies.

Indeed, although the likes of McDonalds and KFC are now permanent fixtures across the globe, many foreign consumers are losing interest in stereotypical American “fast food” offerings, yet are eager to try specialty foods and beverages produced in the United States.

According to the Specialty Food Association, specialty food is among the fastest-growing industries in the United States, with sales skyrocketing by 22.1 percent between 2010 and 2012. Last year, dollar volume for the industry grew an impressive 14.3 percent with total specialty food sales topping $85.87 billion.

A growing portion of that volume is finding its way outside the domestic market, where overall U.S. food exports are also on the upswing. Though the bulk of American food being sold abroad is comprised of commodities such as grain and raw poultry, worldwide shipments of food ingredients and processed or specialty foods including beverages, frozen foods and dairy accounted for $50 billion alone in 2011.

As reported in Food Logistics, the vast majority of those products are going to countries with fast-developing middle classes. For example, food exports to China are up 689 percent since 2001. Likewise, food exports to South Korea are up 100 percent; Indonesia, 133 percent; and Turkey, 250 percent. According to projections by the USDA, the middle classes outside of the United States will grow 138 percent by the year 2020. Though at a slower pace, established overseas markets are also importing more American food products. For example, driven by strong spending in Europe’s largest food market, exporters are making forays into Germany, where U.S. food exports increased nearly 15 percent from 2009 to 2010, according to industry figures.

“American craft breweries, currently enjoying another boom in the United States, are also tapping into global consumers’ desire for unique beverages. In 2012, craft beer export volume increased by 72 percent valued at an estimated $49.1 million, especially to the European Union where the cachet of American craft beer is on the upswing.”

Demand for American-made alcoholic beverages has been one of the leading drivers of this growth. Building on the first wave of interest dating back to when California vineyards came to international prominence by repeatedly defeating French wines in head-to-head tasting competitions, the United States today has become a dynamic place for vintners, hard liquor producers, craft brewers and alcohol entrepreneurs experimenting with new creations.

In distilled spirits, the current top five overseas destinations are mature markets, with Canada, Australia, the UK, Germany and France leading the way, according to data compiled by the Distilled Spirits Council of the United States. In particular, the global fascination with American whiskey — which came to 68 percent of total external shipments of U.S. spirits in 2012 — enjoyed a third straight year of record exports, with trade agreements with Colombia, Brazil, Korea, Panama and Russia adding particular momentum to foreign demand in the category.

American craft breweries, currently enjoying another boom in the United States, are also tapping into global consumers’ desire for unique beverages. In 2012, craft beer export volume increased by 72 percent valued at an estimated $49.1 million, especially to the European Union where the cachet of American craft beer is on the upswing.

Illustrating this growth is NYC-based Brooklyn Brewery, a notable leader in the sector. Not only is the company the largest exporter of American craft beer, with sales to 17 countries around the world, it’s now establishing a secondary production facility in Stockholm, Sweden, its second-largest market.

“Global demand for American craft beer is at an all-time high, as evidenced by small and independent brewers in the U.S. exporting their products to new markets around the world at a growing rate,” confirmed Bob Pease, chief operating officer for the Brewers Association (BA), in a recent public statement.

Through the BA’s Export Development Program (EDP), American craft brewers will have a significant presence at a number of international beer events this year. Included in the association’s 2013 summer schedule are festivals and conventions in Germany, Great Britain and Brazil, one of the United States’ strongest beer export markets.

The Taste of Globalization

With the advent of the Internet and social media, it is now easier than ever before for virtually anyone across the globe to learn about, order and eventually consume American specialty foods. Pricing is another consideration. As much of the world has been dealing with negative economic circumstances, the position of the U.S. dollar has remained consistently weak, relative to most of other major world currencies. Consequently, U.S exports are often more attractively priced than alternative goods.

Individual U.S. specialty food companies and producers are not the only ones who stand to gain from exporting. Entire states and regions can benefit from tying their agricultural infrastructure and culinary traditions more closely to foreign markets.

A highly visible example can be found in Vermont, which has built an international reputation for producing innovative, high-quality food products. Makers of specialty foods in the state that are diving into international markets include an expanding array of hops and grain farms, “cold climate” grape vineyards, cheese and butter artisans, on-farm dairy producers and specialty bakeries.

Along with the expansion of such food production itself, Vermont has invested in supply chains and infrastructure to help assist its producers in getting products to market more effectively. To increase sales, food hubs and distribution centers have been established across the entire state to assist with aggregating foods, storing them and linking producers directly with buyers.

Also supporting this activity is a comprehensive, unified branding campaign for all the specialty food products that are made in the state, yielding economic development and investments with a positive return. The economic impact of specialty food products for Vermont exceeds $1.2 billion a year, with the processing of farm output into value-added and specialty products raising the value of the state’s agricultural sector by more than 200 percent.

As many consumers both here and abroad become more affluent, interested and informed about what they’re eating, the demand for gourmet and artisanal foods is expected to rise even further. These trends are also resulting in a growing demand for new and unique eating experiences, as well as exotic or genuine flavors, including those from the United States. Despite the potential pitfalls inherent in exporting, the foreign prospects for U.S.-branded food products — especially alcoholic beverages — are likely to remain bright for the foreseeable future.