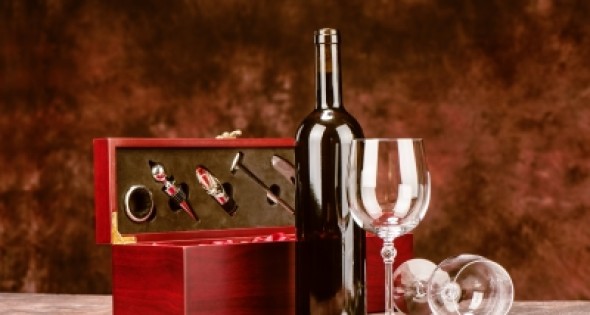 By Mark Kleszczewski and Devin Morgan

State liquor authorities are caught between a historic role in limiting alcohol and their state’s desire to advance economic development.

The current rebound in the overall economy may be mixed, but one sector worth watching is the fast-growing craft alcoholic beverage industry where craft spirits and beer are eroding entrenched brands and culinary tourism is on the rise. Economic developers and entrepreneurs might see these trends as an opportunity to also tap into the “micromanufacturing” and “buy local” movement, but must keep in mind that despite some recent shifts in the regulatory climate, liquor law continues to be a particularly onerous area in which to operate a business. Positive changes are underway, yet there are many layers of law, administrative agencies and court rulings to contend with before taking advantage of growing market opportunities.

There’s no question that the U.S. alcoholic beverage industry is a major contributor to the economy as well as state treasuries. According to the Distilled Spirits Council of the United States, the industry was responsible for more than $400 billion in total U.S. economic activity in 2010, generating nearly $90 billion in wages and more than 3.9 million jobs for U.S. workers. That same year, it contributed more than $21 billion directly to state and local revenues, while generating another $20 billion in indirect income from corporate, personal income, property and other taxes.

Craft beer in particular is on the upswing, with scores of new craft breweries experimenting with uncommon ingredients and techniques, driving industry innovation. As a result, whereas beer as an industry has decreased at a CAGR of 0.3 percent from 2007 to 2012P, the craft segment has grown at 10 percent annually, according to estimates from industry watcher, Demeter Group Investment Bank. Craft brewers already provide an estimated 108,440 jobs in the United States and are projected to represent nearly 15 percent of the beer industry by 2020 at current growth rates, with the strongest activity coming from states east of the Mississippi.

Dampening this growth trajectory are the many statutes, agencies and courts regulating the production and sale of liquor products. Some states, like New Hampshire and Pennsylvania, even have state monopolies or government-run liquor stores which can make compliance even more burdensome. Each state that a producer wants to sell into requires dealing with separate laws and either getting a license to distribute or use someone who already has one. In addition, federal law affects everyone via the Alcohol and Tobacco Tax & Trade Board, a division of the U.S. Treasury.

Complicating the regulatory maze is that beer, wine, and distilled spirits are distinct classes of goods and generally regulated differently, though all are subject to alcohol or liquor laws and usually fall under a single agency.

“Communities, producers and entrepreneurs looking to take advantage of the boom in craft and artisanal alcoholic beverages, need to consider that this is a time of widespread industry transition featuring not only market growth, but also an overhaul of laws and rules happening in many areas of the country.”

Modern liquor law traces its roots to Prohibition and its end in 1933. The 21st Amendment repealed Prohibition, but it was not intended to put alcohol back into the hands of anyone who wanted it. Instead, it expressly transferred authority over alcohol to individual states and territories and made the possession and consumption of alcohol a privilege over which state and local governments had the final say. Though there have been some federal cases lately overturning laws that blatantly favor in-state versus out-of-state producers, all 50 states have almost unlimited power in regulating alcohol.

New York is an informative example of how a state’s chosen path in regulating alcohol affects businesses and opportunities in the industry.

Politicians in the state had not been entirely opposed to Prohibition so the state laws they enacted remained oriented toward controlling something that was viewed as a corrupting influence and societal evil. New York established a strict three-tier system in which manufacturers, distributors and retailers were forced to be distinct businesses so that beer, wine and liquor would pass through several hands on the way to the final customer. Each of these businesses was incentivized to keep an eye on the others in the supply chain. A restaurateur with a liquor license could not operate a still. A trucking and warehouse company that moved products from the distillery to the restaurant could not have an ownership interest in either. In fact, legislators even looked at promotion, exclusivity and contractual obligations to make sure no one in the supply chain would gain too much influence over the others. Regulators were also encouraged to limit the number of licenses (which vary by jurisdiction) and to control the overall availability and number of sales outlets.

Today, New York is home to more than 450 wineries, breweries, distilleries and cideries accounting for more than $22 billion in annual total economic impact and tens of thousands of jobs statewide. The state ranks third in the nation in wine and grape production, has the second-most distilleries and three of the top-producing 20 brewers in the country.

In more recent times, the perception of the evils of alcohol have receded to some degree in the public mind so the focus tends to be on specific problems like drunk driving and underage drinking. In modern government and politics, breweries, wineries, and distilleries are largely viewed as good business and a vehicle for economic development.

In that light, the governor’s office has held high-level summits and sponsored several initiatives to encourage the alcohol industry in New York. The passage of revised farm brewery, distillery, and winery laws in recent years in the state have also been part of an effort to create startup business opportunities in the sector. For instance, thanks to the lowering of licensing fees and easing of certain regulations, wineries can now sell their products at retail through tasting rooms and restaurants while bed and breakfasts are licensed to service alcohol on their premises. Both types of activities would have been forbidden under the state’s old three-tier system, though it’s still prohibited to most alcohol licensees.

Navigating a Time of Transition

Communities, producers and entrepreneurs looking to take advantage of the boom in craft and artisanal alcoholic beverages, need to consider that this is a time of widespread industry transition featuring not only market growth, but also an overhaul of laws and rules happening in many areas of the country.

State liquor authorities are now caught between their historical role in limiting alcohol and their state’s desire to advance its economic development interests – while facing shifting social values and even hostility toward overregulation. That isn’t an easy position for them or for alcohol entrepreneurs looking to innovate and push past the limits on what has been done before.

It’s difficult to foresee the evolution of regulatory frameworks down the road, but it’s certain that few if any states are going to eliminate their regulations entirely. What we will probably see is a long-term trend toward more enabling legislation tempered by an ever-increasing complexity of new exceptions, categories and rules. That makes it all the more important for entrepreneurs in the sector and their supporters to work with experienced legal counsel, get involved with industry organizations (particularly at the state level) and get to know regulators and their challenges.

Devin Morgan is co-founder of EatDrinkLaw.com and the Knull Group. He specializes in intellectual property, legal compliance and business strategies for the food and beverage industry. Devin can be reached at dsm@eatdrinklaw.com.