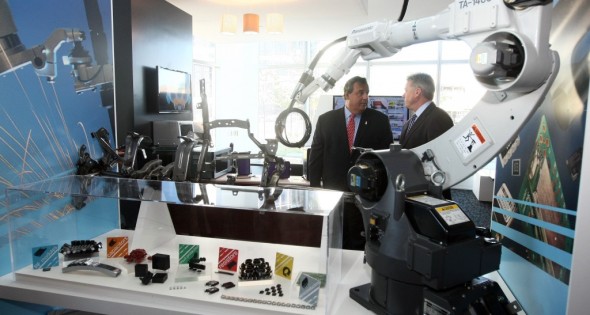 New Jersey Gov. Chris Christie on Wednesday, Sept. 18, signed the bipartisan Economic Opportunity Act of 2013. The signing comes on the heels of ribbon-cutting ceremonies this week at Zoetis and Panasonic, two of the more than 250 businesses that have benefitted from the various economic development assistance offered by the Christie Administration.

“The Economic Opportunity Act incentivizes job creation, makes our state more competitive and lets private sector employers know that New Jersey is the place where they should open their doors,” says Gov. Christie. “I once again commend leaders on both sides of the aisle for their hard work, and am pleased to sign this job-creating legislation into law.”

The new law also builds on the governor’s commitment to reclaiming New Jersey’s cities. It places extra emphasis on spurring development and private sector job growth in “Garden State Growth Zones,” identified in the legislation as the four lowest median family income cities in the state: Camden, Trenton, Passaic City and Paterson. Projects in these cities will have significantly lower eligibility thresholds and higher incentive levels. They will also be eligible to give property tax abatements for new development, allowing inner cities like Camden to spur development and compete with Philadelphia for private sector jobs and residential growth.

Source: Office of the governor.