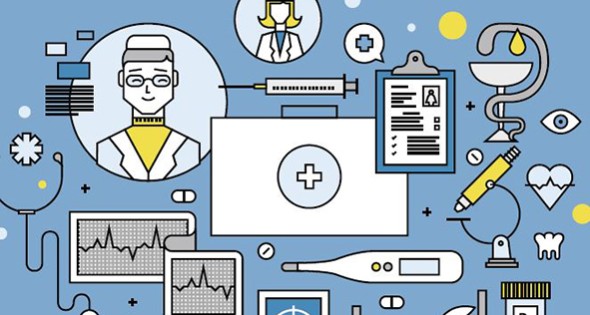 The following is a dialogue between Mark Kramer, co-founder and managing director of FSG, a global social impact consulting firm and Dr. Atul Gawande, a public health researcher and associate professor of surgery at Harvard Medical School.

Mark Kramer: Why is it that most private foundations believe that health care reform is too large and controversial an issue for them to tackle?

Dr. Atul Gawande: When we think about the health care troubles in our communities, we first tend to think about our uninsured populations. And to help the uninsured, we do need national solutions. We’ve been debating different solutions for access to care for the past four or five decades: single payer, multi-payer, private coverage and so on. The media attention on that debate has led us to think that all of the solutions for making our health care systems better have to come from Washington. I think that’s a big mistake. Helping to make health care systems better at dealing with the cost of treatment and the quality of patient outcomes—that turns out to be much more about local systems of care—and those issues aren’t controversial at all. It is hard to find anyone who would object to fewer post-surgical deaths, better management of chronic disease or honoring patients’ wishes at the end of life—especially when those improvements also reduce cost.

MK: Don’t we need to spend more money on health care to get better patient outcomes?

AG: Not at all. There is a wide swath of difference in cost and quality among hospitals in different communities. The variations fit a typical bell curve, with most doctors and hospitals in the mediocre middle. The really unnerving thing, though, is that our curve for quality doesn’t match our curve for cost. The most expensive places in the country are not necessarily getting the best patient outcomes, and vice versa. On the contrary, we see very consistently that the places getting the best results are usually in the bottom half of the cost curve.

I’ll give you an example: McAllen, Texas, is the second most expensive place in the country for Medicare patients. They are a very poor community, yet they spend more than $16,000 per person per year. Of course, they’ve got significant health care problems: there’s a lot of diabetes, obesity and alcohol abuse, and there are a lot of illegal immigrants that are stressing the public health systems.

At first, I thought that explained the high costs, but then you go a few hundred miles up the border to El Paso, Texas, which is just as poor, with exactly the same demographics and health problems, and you find they spend only half as much per person. And the really astonishing thing is that, to the extent that we have metrics, El Paso has a higher quality of care across their half-dozen hospitals compared to the half-dozen hospitals in McAllen that are spending an average of twice as much per patient. These two places with very similar challenges are getting remarkably different results.

MK: How do you explain the difference?

AG: In McAllen what I saw, for better or for worse, was a medical community that made the profit-making side of medicine a very high priority. There’s always a balance between making medicine work as a business and meeting the needs of the community. But focusing on profitability can lead you to overemphasize certain tests and procedures and under emphasize other areas, such as primary care, mental health and geriatric care, because they’re not as profitable.

El Paso, on the other hand, seemed to have a medical culture that puts at least some more emphasis on meeting patient needs regardless of profitability.

All medicine is like all politics: it is local. A few key community leaders shape the way medicine is practiced and the kind of health care their community gets. It’s not just the medical community that determines how medicine is practiced, but also the major local employers who set expectations about acceptable levels of health care costs and quality, and the local and state governments that hold people accountable and measure what is actually going on. It’s the local community that is fundamentally responsible for the success or failure of its own health care system.

MK: Can you give me some examples of communities that have been able to improve patient outcomes or lower costs through entirely local efforts?

AG: Absolutely. Cedar Rapids, Iowa, formed a coalition of local employers and leaders in the medical community to look at the use of CT scans. First of all, no one actually knew how many CT scans were done in a year.

We know that, at a national level, CT scans are way overused: there are 62 million scans a year in the United States. But it’s an abstract, meaningless number that doesn’t seem relevant to someone in Cedar Rapids. You need to know what is happening in your own community. And it turns out that it’s very hard to get that answer, because each hospital and medical practice keeps separate records.

It took three months of really digging, and what they found out was that there were 52,000 CT scans in a single year in Cedar Rapids, a community of only 300,000 people. The doctors were astonished at the number, and they were not happy about it. They immediately set a goal of reducing unnecessary CT scans.

For example, 10,000 of the scans were for headaches—of which only about a dozen patients had any abnormality, or one-tenth of one percent. In fact, most patients really didn’t meet the criteria for needing a CT scan. Plus, all that radiation exposure probably increased the risk of certain kinds of cancers. Perhaps malpractice litigation was one reason why the doctors were doing so many of these scans. But once the community got together across disciplines—including citizens and employers—to ask hard questions with real data, they were able to arrive at guidelines that would make much more judicious use of these scans.