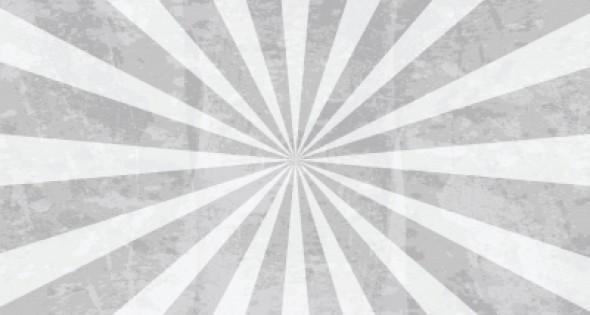 Employees form imaginative teams when they explore their creative sides.

Corporate executives have been bemoaning the lack of creativity and leadership in their organizations in the business press and in surveys of CEOs. In the “2012 IBM Global CEO Study,” three themes emerged: CEOs must empower employees through values; engage customers as individuals; and amplify innovation with partnerships.

Executives are looking for ways to inspire creativity in order to get talent creating, innovating and solving problems faster. They want to alter the status quo and invent new business models.

They want to be competitive in the creative economy.

Now consider this creative idea: How about integrating social media duties into every employee’s job, not just the director of social media? What if everyone has their own brand? “That is a lot of where we are heading,” says Nicole Ball, director of the BrandHUB initiative for the Cincinnati USA Partnership for Economic Development. Ball was at a recent meeting of Cincinnati area companies where the conversation focused on best practices in better integrating social media into everyone’s day job. “The idea is, technically, we are all in charge of getting the message out.”

Ball says there is no better time than now to join Cincinnati’s creative environment. “We are at that tipping point where if you get in now you could help create the landscape,” she says. Cincinnati is home to corporate marketers, research firms, branding and identity firms and digital strategy agencies. Many of the world’s leading brand design consultancies are clustered within a few blocks of one another in the city’s downtown.

What if everyone has their own brand? “The idea is, technically, we are all in charge of getting the message out.” – Nicole Ball, BrandHub

These leaders are also happy to collaborate with their competitors because most agencies don’t do everything well, as most have centralized or core areas. “They are already partnering in some way,” Ball says. “They are willing to listen and help each other out.”

Music and Business go Together?

One way to get the creative juices flowing is to build a cohesive team, one that fosters collaboration, which ideally leads to innovation. “You don’t get creativity and leadership in your cubicle; you have to get out of your environment to teach people how to innovate and be more improvisational in businesses,” says Susan Ross, owner and co-founder, Good Vibe Studio in Thousand Oaks, Calif. She and her partner utilize a unique model for corporate training and team building that is music based, for a variety of industries. The idea is to give talent a deeper understanding of collaboration, inclusion and active listening without receiving a lecture, but rather actively engaging them in the process.

What does music have to do with business? There is a rhythm to your life and a rhythm to your business. “When you get in sync with that you can do more to inspire people than with top down management,” Ross says.

This approach to fostering creativity in leadership may not have been well received 10 years ago. “There is more acceptance and openness to this approach to creative leadership. People are open to it. Talent gets it.”- Susan Ross, Good Vibe Studio

Imagine a group of employees sitting in front of instruments that they don’t know how to play, initially banging away at the instruments in a random manner. For the second round of play, they are asked to play with a specific vision, such as creating the universe, where someone creates the ocean, the sky, and so forth. They are asked to hold this mantra in mind: my role is vital. “When they play with this vision in mind, every single time, the difference between the random playing they first did, and playing with this shared vision turns out to be an amazing composition,” Ross says. “We record it and play it back to them. They want copies made of the music they played.”

This approach to fostering creativity in leadership may not have been well received 10 years ago. “There is more acceptance and openness to this approach to creative leadership,” Ross says. “People are open to it. Talent gets it.”

Takeaways from the experiences at Good Vibe Studio include an understanding that team members have a divergent set of goals from each other. By having a shared vision, goal or project, talent gains insight into the jobs of people from other departments.

It is well understood that creativity flourishes when people can bounce ideas off of each other in a work setting that encourages collaboration with features such as open work spaces, doing away with corner offices and other traditional features of corporate offices.

In Salt Lake City, an exciting and revolutionary facility will house creative studies in one location. The facility’s physical design encourages collaboration among these creative types. This fall, Salt Lake City Community College opened the $45 million, 180,000-square-foot Center for New Media. The center houses the college’s programs that fall under the School of Art, Communications and New Media. (Some activities will remain at established facilities; the college has 13 campuses.)

The center will offer a first of its kind certificate in the state of Utah. The Creative Arts Entrepreneurship Certificate provides students with a background in targeted business information as many of the graduates will conduct freelance work or start their own businesses. Students will be versed in areas such as how to start a business, how to promote themselves, how to protect their work through copyrights and trademarks, and how to manage finances.

Turning back to the advantages of the physical design, the center has multiple editing bays located throughout the building, where a film student and a digital music student, for example, can work on projects together.

The animation studies area is set up like a studio, not in rows of desks but rather in cubicles so that students can get comfortable with what it is like to work in the industry.

In other areas, the digital music section is built so students can turn up the music as high as they need to and not interfere with studies taking place in others areas of the center. “Students are learning their key components and skills to work in the field but also learning it in a space where they can maximize their experiences,” says Rachel Colledge, development officer, Salt Lake City Community College.

In other areas of the building the film production space is large enough to bring in sets. The area is outfitted with green screens, catwalks, and a flat floor to keep down excess noise that tends to disrupt performances.

While the Center for New Media is an educational facility, it also offers advantages to the community such as the opportunity to collaborate with students or view their projects in common areas, among other activities. The center will evolve into the hub of creativity and creative minds in Salt Lake City.

“One of the ways the center will be a fantastic space for students is they will not only learn their specific area of study, but they are with other students in other careers and they will end up collaborating with others, which is what they will do in the workforce,” Colledge says.

High school students will also be part of the center, which is home to an innovation high school. In addition to taking classes specific to their high schooling, students can interact with college students and learn about creative careers and opportunities.

Colledge says that the center will also play an important role in the south Salt Lake City community, which is undergoing revitalization efforts. The Salt Lake City Community College south campus is located at the site of the former South High School. The original high school building is intertwined with the Center for New Media. “It is all connected,” Colledge says. “The efforts have not only been green environmentally, but they have also maintained history, and honor the history of that space. The original gym floor that was in the south high building was refinished and has been used throughout the Center for New Media.” In addition, the college campus is home to the Grand Theatre, which is a semi-professional theatre, which is another highlight of the performing arts culture found at this campus.

While the Center for New Media is an educational facility, it also offers advantages to the community such as the opportunity to collaborate with students or view their projects in common areas, among other activities. The center will evolve into the hub of creativity and creative minds in Salt Lake City.

The efforts are similar to those in Cincinnati, where economic development officials are making sure the world is aware of its leadership and talent base in consumer marketing and branding. These advantages were attractive to EW Scripps Co., which brought its digital team to Cincinnati to develop products for smart phones, tablets and computers. “It is all here,” Ball says of the access to consumer insights and intelligence. “We have such a collection of the entire ecosystem of marketing.”

Illustration by at Free Digital Photos.net