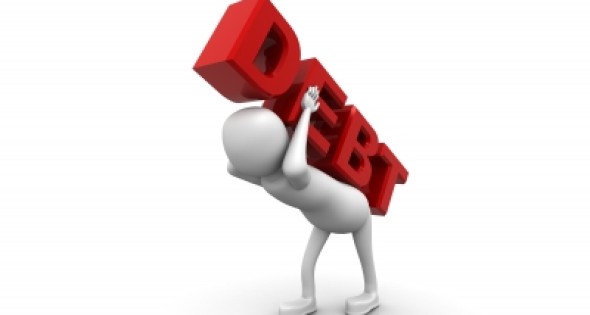 Is Your Firm Prepared for the Debt Ceiling?

You think the sequestration was something; wait until the Continuing Resolution.

Editor’s Note: This interview was conducted March 1, 2013, with Ken Goldstein, an economist with The Conference Board. The organization is a non-advocacy, not-for-profit global, independent business membership and research association working in the public interest.

Business Xpansion Journal: It’s a big day in regard to the federal budget and spending cuts. The sequestration, a general cut in government spending, is underway.  While the U.S. Congress continues to duke things out instead of reaching a compromise, Wall Street seems not to be reacting to the cuts.

We are talking about $85 billion in direct cuts in government spending this fiscal year; some of the cuts won’t go into effect until 2014.

A secondary round may be in the order of $40 billion. We are talking about $120 billion to $140 billion all total, spread over an 18 month to 24-month period. Out of a $17 trillion economy — the math shows this is a trivial amount, perhaps a quarter of 1 percent in terms of GDP.

If we think about it in those terms, this is much ado about nothing.

The real story is not the direct and immediate impact of cutting federal government spending. This is step two. Step one was the so-called fiscal cliff, which occurred late last year. Step three will be the debt ceiling, which will come up in two weeks to three weeks. So, we are going to go through this soap opera again.

And after that we arrive at the Continuing Resolution (CR), which is intended to keep the government functioning.

The debt ceiling is perhaps more important than the sequestration. Clearly, the CR is the most important of all. If Congress can’t agree on a CR, all government spending shuts down.

The real story is not the direct and immediate impact of cutting federal government spending.

BXJ: Ken, summarize what these initiatives mean to the economy moving forward.

Goldstein: What is underpinning all of this fundamental tension is the two schools of thought. One side says we are taxed enough, we spend too much, and therefore, we have to decrease spending.  In terms of the federal government, we are borrowing nearly 40 cents on the dollar; we have to cut spending.

The other side disagrees with none of this, except to say that the solution can’t all focus on spending; some of it has to be on the revenue side.

The longer-term impact is on the full faith and credit of the government, as well as its Triple A rating. One of the consequences, not this round because remember we have at least two more to go through, could be an end to the Triple A government bond rating. If we lose the rating it means interest rates will go up across the board, which will hit everybody.

So, right now, we are looking at $85 billion in cuts, and again, it doesn’t all take place right away.

The second point is that with this austerity regime, if you like, at the federal level, we will luck out in some sense because it offsets the fact that austerity at the state and local levels is actually improving because economic activity is starting to pick up, which increases tax collections.

Part of the reason the sequestration is not having and probably is not going to have a big impact on the economy overall is: a) it is not that big; and b) in some sense it is offset by improvements in fiscal positions in states and cities.