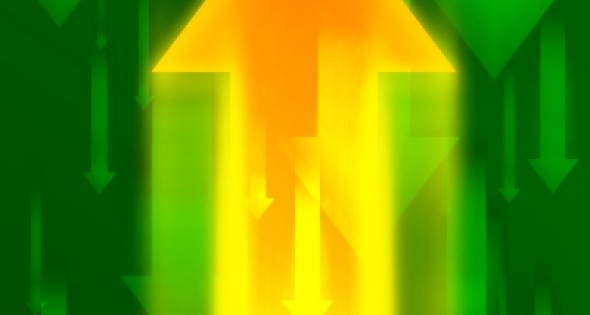 Oklahoma has been a stable influence on the national economic scene since the economic decline in 2008, holding steady while other states struggle to maintain employment or create job opportunities.

Dave Lopez, secretary, Oklahoma Department of Commerce, says Oklahoma has been blessed with positive signs as to the strength of the economy during the last couple of years. “It’s one of those things of trying to keep things headed in a positive alignment,” Lopez says. “Under Gov. Mary Fallin’s leadership, it’s about understanding that the role for government is to create an environment where American capitalism can flourish.”

Lopez says continued alignment between the public and private sectors in Oklahoma continues to produce good results. State officials want to be more agile compared to other states in responding to changes in the marketplace.

In her 2013 State-of-the-State Address in February, Gov. Fallin said that there were about 62,400 new net jobs created in the state since 2011, and that Oklahoma has been among the top five states in the nation for low unemployment numbers. “That is one statistic that we are most proud of,” Lopez says.

Part of the economic growth has been attributed to manufacturing. “High-tech manufacturing has been one of the robust parts of our economy in the last few years,” Lopez says, which is attributable primarily to the aerospace and energy industries, where hundreds of skilled high-tech workers ply their trades. “And right now, our assets in those areas are outperforming the nation by a good margin.”

“One of the governor’s charges to the commerce department is to make aerospace, commercial and military, one of those industries that we need to embrace even more,” Lopez says. “It has such a multiplier effect on wealth production in the state.”

Lopez says Oklahoma’s officials have been monitoring the return of manufacturing activities to the United States from overseas locations. “There may be some labor savings initially by manufacturing work in other parts of the world, but you sometimes lose the opportunities for innovation,” Lopez says.

Aerospace continues to provide a strong economic base for Oklahoma City, home to the 26,000 employed at Tinker Air Force Base. The Boeing Co. recently opened a new engineering design center, which will produce upgrades for the C-130 Hercules and B-1 Lancer aircraft. The project is a consolidation of operations in California and Kansas. “Boeing has been here since the 1950s, and has decided to make this one of their key hubs for their engineering talent on the defense side,” says Kurt Foreman, executive vice president of economic development, Greater Oklahoma City Chamber of Commerce. More than 1,000 new engineers will be working for Boeing in Oklahoma City.

In Norman, known as the weather capital of the world, 1,000 people are employed in weather industry activities. This includes organizations such as the National Oceanic and Atmospheric Administration and the National Severe Storm Lab (NSSL). “The research and development for Doppler radar was done in Norman,” says Don Wood, executive director, Norman Economic Development Coalition. “And now you have additional changes to that with the dual polarized adoption of that radar coming now for the next generation of radar for the nation,” he says. The NSSL spent 30 years developing the dual polarized radar, which offers 14 new radar products to better determine the type and intensity of precipitation and how much may fall. “There is a tremendous concentration of research and expertise in the weather industry here,” Wood says.

Duncan, an hour-and-a-half drive south from Norman, is a manufacturing community, home to companies such as B F Machine Shop Inc. and Southern Machine Works Inc. “While others are having challenges finding these workers [machinists, CNC operators], to this point, we have been blessed to have skill sets and trades that are very valuable,” says Lyle Roggow, president, Duncan Area Economic Development Foundation.

Roggow says Continental Resources is drilling for oil and natural gas in the area in the newly developed Woodford shale basin. The company expects to find a larger oil reserve in the Duncan area than in the North Dakota area the company has been working in. “Those are good things that continue to help our state with our strength and staying very financially strong as we move forward,” Roggow says.

One education program that Gov. Fallin emphasized in her annual state address is Complete College America. The goal of the program is to increase the number of college degrees and career tech certificates awarded by 70 percent in order to keep pace with a job market that demands more skilled labor. In 2012, nearly 2,000 more certificates and degrees were awarded than were awarded in 2011.

Foreman says that Oklahoma City has something that is a hybrid of the program — the Training for Industry Program, which helps aerospace companies by providing customized training for employees so they are ready for operations from opening day. “It’s not a technical college per se and it’s not a high school,” Foreman says. “It’s really the tip of the spear on working with employers on customized training.

“It’s a system that is all over the state with the task of being part of the equation in terms of skills development,” Foreman continues. Many of the students end up getting college credit and are able to move toward either a two-year degree or four-year degree through partnerships with other institutions.

Following an eight year plan by the Oklahoma Department of Transportation, structurally deficient highway bridges have been reduced by 20 percent since January of 2011, according to Gov. Fallin, as noted in her State-of-the State Address.

In addition to access to interstate highways 40 and 35, which intersect in Oklahoma City, Oklahoma is also an epicenter for energy pipelines. “As we start to see pipeline coming from Canada down to the Gulf Coast, we will become the North American hub for moving petroleum and natural gas,” Lopez says.

People in Oklahoma City are fanatics for the NBA’s Oklahoma Thunder team, the former Seattle SuperSonics, which moved to the city in 2008. “I grew up in New York and Atlanta and places that have [professional] sports teams,” Foreman says. “But I don’t think that I ever been to a place where people are as crazy excited about a team.”

The excitement that has brought the city worldwide attention has grounded its citizens who have a sense of pride in their hometown. Civic leaders have led efforts to revitalize the riverfront, most of downtown, and built or renovated almost every school in the metro area on a cash basis, drawing funding from sales taxes. “Not on huge bonds,” Foreman says. “And to think that almost $3 billion has been spent by a community on itself has drawn a ton of attention and has really given everyone this sort of confidence that they exude as they talk about their community.”

Oklahoma produces an annual production of oil typically accounting for more than 3 percent of the total U.S. production in recent years. Two of the 100 largest oil fields in the United States are in Oklahoma.

Oklahoma is also one of the top natural gas producers in the country, with production typically accounting for almost one-tenth of the U.S. total. More than a dozen of 100 largest natural gas fields in the country are in Oklahoma and proven reserves of conventional natural gas have been increasing in recent years.

Kaw Lake in northern Oklahoma is home to one of the state’s largest populations of bald eagles. Featuring both wintering and nesting eagles, Kaw Lake was the site of a reintroduction effort between 1984 and 1992 that saw 275 American bald eagles released back into the wild around the lake.