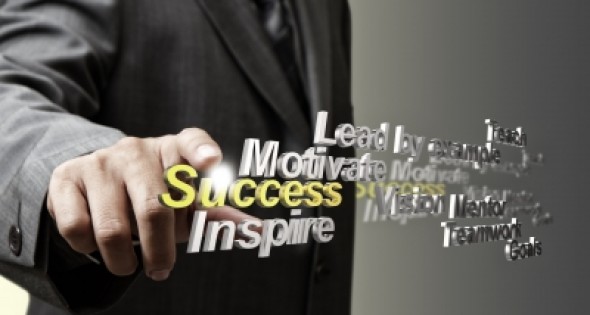 After serving as Oregon’s governor for two terms in the 1990s, John Kitzhaber ran for governor again in 2010 and won. Since he took office in 2011, Oregon’s unemployment rate has dropped to its lowest level in three years, the state passed a balanced state budget by closing a $3.5 billion budget gap, and Oregon’s credit rating has improved to AA+.

Oregon is thriving economically again, and recent proof includes Bureau of Labor Statistics’ rankings that place Oregon as No. 1 in the nation when it comes to manufacturing as a percentage of gross state product.

“This is how economic recovery happens,” Kitzhaber says. “Manufacturing is the backbone to Oregon’s economy, and we’ll continue to develop and improve our manufacturing environment so companies can keep making innovative products for the globe right here in Oregon.”

Tim McCabe, director of Business Oregon, adds, “From high-tech to food processing, the number of Oregonians employed in manufacturing is 10 percent and growing. Making high-quality products for the entire world is one of our state’s greatest economic strengths and is putting Oregonians to work.”

Indeed, the American Institute for Economic Research has recognized Oregon as the best state in the nation for manufacturing. Colleen Padilla, senior business development manager for Southern Oregon Regional Economic Development Inc., says Jackson and Josephine counties are seeing a resurgence of small manufacturers and assemblers, including wood products. Oregon is an internationally recognized manufacturer of wood products, with about 50 percent of the state’s land mass covered in forests. The value of Oregon’s wood-product exports is more than $1.3 billion and rising.

Padilla knows one reason why manufacturing prospers in her state. “When you compare us to our neighboring states, Oregon has some of the lowest power rates in the nation, and that’s good for manufacturers,” she notes.

Portland is focusing its economic development efforts on four traded sectors expected to grow both inside and outside the region, and advanced manufacturing is one of them. Portland’s manufacturing strength is in metals and transportation equipment

Other traded sectors in Portland somewhat mirror the state’s best-performing sectors: the athletic and outdoor industry, clean technology and software. Portland is home to Nike, Adidas and Columbia Sportswear, cementing the city’s status in the outdoor and athletic sector, and the state is home to more than 700 such firms.

Clean technology, in short, is an Oregon trademark, embraced as an economic development opportunity rather than a deterrent. The state’s Renewable Portfolio Standard dictates that by 2025, 25 percent of its power supply must come from renewable energy sources. A solar feed-in tariff sets a rate that utilities must pay anyone feeding electricity to the grid from some solar-energy systems, and the state offers tax credits for energy-related manufacturing. The nation’s top solar-energy manufacturing cluster is in Oregon, led by industry giants Sanyo and SolarWorld. Oregon is also in the top five for wind-energy generation. Vestas, the largest wind-turbine manufacturer in the world, has its headquarters in Portland.

Portland’s standing in the software sector can be traced back to the late 1970s and early 1980s and trailblazing ventures like Tektronix and Intel. Today the cluster in Portland boasts more than 1,400 companies, with software developed by Portland companies ranging from open source and mobile web applications to embedded and enterprise software.

“We have a legacy of high-tech underpinnings here, so we’ve been able to enjoy a lot of spinoff activity from long-time tech companies like Tektronix and Intel that have been here for decades,” says Anne Mangan, senior project and program coordinator with the Portland Development Commission. “Interestingly, when times are tough and unemployment is high, a lot of people start their own businesses. During those fallow years, there was a big uptick in small-business formation and entrepreneurship because people figured they would just drive their own destiny. It’s been an organic kind of growth, and out of that has come a strong, collaborative tech community.”

Chris Harder, PDC business and industry manager, adds, “We have a strong entrepreneurial culture and a strong startup ecosystem, with programs like startup accelerators and incubators to support entrepreneurs. We tend to attract very creative and innovative folks.”

Another sector in which Oregon is gaining a toehold is Department of Defense contracting, despite the fact that Oregon is one of only five states without a military base. Behind this initiative are the Pacific Northwest Defense Coalition and its new executive director, Dave Hunt. The coalition is an association of companies in Oregon and Washington in the defense and security industries. Missions include networking, training and advocacy, Hunt explains, and the strategy is working. When the coalition was founded eight years ago, Oregon ranked 49th in the nation in defense contracting; today it’s ranked 40th.

Former speaker of the Oregon House of Representatives, Hunt says the coalition has helped existing Northwest defense contractors locate and engage other regional companies for subcontracting purposes. Before, some of those companies were “subbing out to companies that were far away from the Northwest,” he says. Other success stories are individual companies that just five years ago had no defense contracts, and today such contracts represent 10 percent to 30 percent of their business.

When it comes to advocacy, Hunt adds, “I think we can do a much better job working with Congressional delegations to make sure that Northwest companies are getting our fair share and competing on a level playing field.” One way to do that would be to encourage that contracts are broken down into manageable contracts that small companies might bid on, he explains.

Oregon consistently ranks high when it comes to the educational attainment of its workforce. “When you compare us to other regions around the country, we have a highly educated population,” Portland’s Harder says. “In terms of educational attainment, we do well in attracting the 18-to-35-year-old demographic.” That demographic, he adds, fuels all the well-performing top sectors.

1.     Oregon Nanoscience and Microtechnologies Institute (ONAMI), with a collection of laboratories that includes the Lorry I. Lokey Laboratories in Eugene, with more than 20 advanced-materials instruments; the Microproducts Breakthrough Institute in Corvallis; and the Center for Electron Microscopy and Nanofabrication in Portland.

2.     Oregon Built Environment and Sustainable Technologies Center (BEST), which builds on the state’s clean-tech reputation and connects universities and students with industry, entrepreneurs and investors.

3.     Oregon Translational Research & Development Institute (OTRADI) at Portland State University, providing university researchers and small biotech enterprises with access to drug discovery equipment and expertise that had been unavailable in the past.

Oregon doesn’t have a sales tax, and for many industries, that’s a major selling point. One of those sectors is e-commerce, which Padilla says is growing in southern Oregon. “We’re focusing on e-commerce companies, because we have about 11 times the national average of e-commerce companies in our region,” she says. At home in Medford is the food retailing giant Harry and David, as well as Motorcycle Superstore, the nation’s largest supplier of gear, apparel and accessories for cycle enthusiasts, and Lithia Motors, one of America’s largest automotive retailers.

Oregon and the city of Portland recognize location as a top asset, too. “We’re an affordable city on the West Coast in between San Francisco and Seattle. We have a great port. We have access to the Pacific Rim, and we have opportunities for exports that are really strong because of where we are,” Mangan says.

Oregon is dotted with bustling ports, and the Port of Portland operates marine, aviation and real estate business lines. The Port is an 800-employee operation with more than $1.6 billion in marine and aviation transportation infrastructure and real estate assets that generate nearly $250 million in annual revenues. Exports from the port were $15.4 billion last year.

Natural beauty is the hallmark of living in Oregon, yet Harder notes that there are other advantages, including a more affordable quality of life than other West Coast locations. Portland, he says, is a “livable city. It’s dense with strong public transportation, light rail, biking, parks and open space plus urban amenities.”

In Southern Oregon, Padilla has a similar take: “We know that quality of place is very subjective; however, Southern Oregon is a mild, Mediterranean climate, and we see a fairly large influx of Northern California companies coming to our region because the climate is very similar, but we don’t have the less-than-favorable tax environment that is often in California. We believe that’s one reason why we have a high concentration of e-commerce companies, because they can be anywhere they want. So why not be where you want to live?”

There’s just something about a beautiful sunset … and that’s why a visit to Oregon’s Sunset Bay State Park is such a treat. One of the most scenic areas on the Oregon coast, the park features sandy beaches surrounded by lofty cliffs. Hiking trails connect this park with two others, offering visitors the chance to enjoy ocean vistas, forests, wildflowers and native wildlife. Some trails offer a view of the Cape Arago Lighthouse.