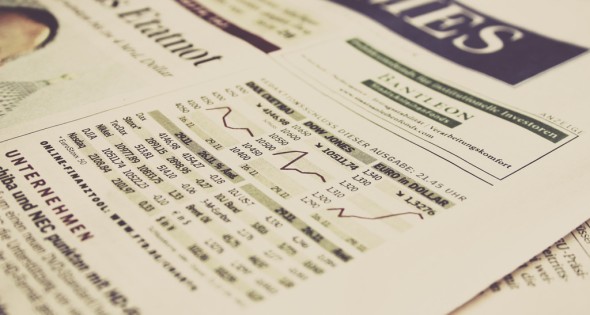 Economy of the Great Lakes region continues to flatline.

In the first quarter of 2016 the health of the U.S. economy will come down to the American consumer as business investment and trade are expected to remain weak. At this time, the economy is running above its trend rate of growth, more than 2 percent. And while the national unemployment rate is 5 percent, and is expected to go lower, job creation will moderate in 2016.

In the Great Lakes states and the Midwest, even with stronger consumer spending an overall slow industrial sector will grind to a halt. “There is a lack of alternative,” says Ken Goldstein, economist for The Conference Board. “There isn’t improvement in the service sector in the Midwest, especially in the nonfinancial service sector.”

Goldstein says individual factors, combined with a lack of overall investment and export opportunities, while not large hits to the Midwest economy by themselves, they form a series of jabs, which creates negatives.

And in states such as Ohio and Illinois, fiscal policy struggles aren’t expected to change. In fact, Goldstein says the 2016 election cycle won’t break the political gridlock at the federal, state or local levels.

Read on to find out if there is a silver lining.

Rachel Duran: We are coming upon the end of the calendar year. What can we expect from the 2015 holiday season? What is the economic forecast for the New Year?

Ken Goldstein: The anticipation has been that this will be a much better holiday season than the previous two years. Last year, overall retail sales were up 2 percent year over year.

The anticipation for this year is that it might be 4 percent. So far the holiday season has started more with a whimper than a bang. The question is: Are people waiting to make their purchases? The answer is ‘yes.’ The American shopper is a value shopper these days. So far, consumers are not seeing the steep and early discounts that were available a year ago and two years ago. They are waiting for things to be marked down.

What is important is not just how this scenario plays out during the holiday season, but also during the post-holiday period.

Whether we look at consumer confidence or job creation or the job outlook, the economy right now is running above its trend rate of growth.

The trend rate of growth for the U.S. economy is about 2 percent. We might be doing 2.5 percent right now and that is largely because consumers are spending money in the holiday season and will continue to do so during the post-holiday period.

The economy comes down to the American consumer because business investment is weak, and trade is weak.

Duran: What about the strength of the public sector?

Goldstein: In regard to public spending in the Great Lakes states [Indiana, Illinois, Michigan, Ohio and Wisconsin], the state and local levels are flatlining — either at trend or below trend. Consumers are shouldering the burden right now. So at some point in 2016, perhaps by spring or summer, we will move back down to a 2 percent rate of growth.

Nationally, we are at a 5 percent unemployment rate, which is heading lower. Job growth over the last 12 months has averaged above 200,000 jobs; during the next 12 months it will be below that. Growth will not slow but it will moderate.

For the Midwest, what is key is both business investment and trade are slow. Even if we get strong consumer spending we are looking at an industrial sector — which is already slow at some points — grinding to a halt.

This is not new and will not change in 2016. There is a lack of alternative. There isn’t improvement in the service sector in the Midwest, especially in the nonfinancial service sector. When you take the service sector overall, and you take out finance, education and health, the opportunity to pick up the slack because manufacturing, construction and mining are so slow — it simply isn’t there.

The way this is showing up is in labor force participation rates, more than anything else. In Illinois, Indiana, Michigan and so forth, the number of people in the labor force is declining. Part of that is an aging population, and partly due to how slow manufacturing is.

For some of these folks who have been out of work for a while, the longer they have been out of work, the more difficult it is to get back into this labor force. Especially with industry so slow. Another factor is how low inflation is. This impacts the Great Lakes and the Midwest more than any other part of the country.

Duran: What is the silver lining?

Goldstein: Certainly it is good news that gasoline prices are low. Electricity rates are increasing at or below the overall inflation rate. But the bad news is we are in a down cycle on commodity prices. For example, corn prices have declined sharply, which not only affects the farming in the Midwest, especially the upper Midwest, but also the manufacturing sector that is supplying the machinery for the farming sector.

Meanwhile, the commodity cycle is also impacting the price of metals, such as iron and tin, which is another factor. And again we are not just talking about the upper Midwest, not just the Sault Ste. Marie area, but other parts of the Midwest.

Individually, none of this is a big hit to the Midwest economy, but it is a series of jabs, which is a negative. At the same time there is a lack of overall investment and export opportunities.

Duran: When it comes to investment opportunities, what impact will the 2016 national, state and local elections have on the economy?

Goldstein: We are stuck in gridlock and this election is not going to change that. This gridlock is national and found in states like Ohio and Illinois and Michigan.

In terms of fiscal policy in these states — and even in Indiana, and maybe Wisconsin and Minnesota — everyone knows the problem is there is not enough revenue for all these spending proposals and yet there is no agreement on spending or on revenue. In some cases, in Illinois and Ohio in particular, the problem is worse than it is in Washington, D.C.

It is not just the people who are elected not being able to agree on what to do, but also the voters can’t come to an agreement. They don’t want more taxes. They don’t want any of their programs cut. You have a budget problem but you don’t want to change the revenue or spending streams.

Somebody has to figure this out and it won’t be the politicians so much as the voters.

Duran: How will the economy perform in 2016 with these challenges?

Goldstein: We haven’t had an increase in our household budgets for more than a decade. You can’t squeeze more out of us and if you cut our programs we will be further behind the line.

People are not being irrational. It is the lack of improvement of personal income that underscores the fiscal gridlock we see nationally and locally.

So the consumer/worker/taxpayer/voter, the public sector and businesses are asking, ‘where is the money to get things done?’

Editor’s Note: This interview was conducted on Dec. 7, 2015. For the latest figures, visit www.conference-board.org.