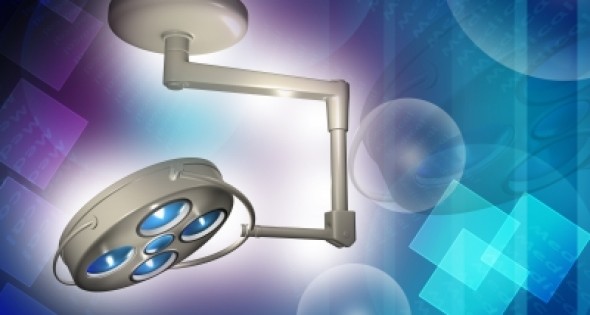 The American health care and medical devices industries, global leaders for decades, now face serious challenges from several directions. Major gaps in funding for early-stage companies, stringent new labeling regulations and a new 2.3 percent federal excise tax on every medical device sold are but some of the competitive threats that have emerged in recent years.

Although some OEMs and industry suppliers have reportedly cut R&D, shifted their manufacturing overseas or reduced domestic staffing levels in response, there is good news on the horizon assure industry observers.

Aging populations and the demand for quality medical care in developing markets are both on the rise. Telemedicine is a significant and rapidly-growing component of health care, while advances in genetics, robotics, and the nascent fields of digital medicine and wearable technology are leading to new opportunities. Furthermore, new community partnerships and investments are helping researchers, companies and entrepreneurs in the sector overcome today’s obstacles and build a foundation for future success.

“Activity around genetics and functional genomics is transforming this industry, along with numerous others,” says Dr. Steven J. Bares, president and executive director, Memphis Bioworks Foundation. “And we’re moving from the days where everything is built for broad patient bases to more personalized medicine. Whether it’s individually customized hips and knees or biologics involving tissue engineering and regenerative medicine, if you look at where the industry is going to be 10 years from now, the opportunities for improving health and well-being are tremendous.

“That’s why even though we already have a mature sector in orthopedic and spinal implants, and medical device manufacturing marked by large corporations like Medtronic, Smith & Nephew and Wright Medical, we’re building assets here in Memphis to make it easier for companies to bring new products to market,” Bares continues.

In addition to bolstering assets such as the $140 million UT-Baptist Research Park, Bares says that building up additional industry-specific capacity in financing and human capital is also paying off.

In 2007, Memphis Bioworks formed Innova, an early-stage venture capital firm with over $44 million in inside and outside capital invested in 32 startups, resulting in more than 150 direct jobs and a total annual impact greater than $90 million.

The foundation also created ZeroTo510, a first-of-its-kind business accelerator that helps medical device entrepreneurs navigate the start-up process and achieve the FDA’s 510(k) pre-market notification filing. In total, the program has accelerated the creation of 12 new companies, more than 25 local jobs and more than $4 million in investments.

In Ohio, momentum and acceleration are key priorities in Cleveland’s growing biomedical cluster, which has seen more than $1.4 billion in investment, fueling an expansion from nearly 300 biomedical companies in 2002 to more than 700 today.

“We’ve achieved a level of national recognition and we’re working to expand that even more,” says Aram Nerpouni, president and CEO, BioEnterprise. “In contrast to many other parts of the country, we anticipate an ever-growing pipeline of companies, primarily in medical devices, specialty therapeutics and health care IT.”

Launching a successful biomedical or device company is a complex undertaking requiring management of multiple streams of activities, and above all, access to capital and expertise in technology commercialization. That’s why BioEnterprise’s technology partners include the NASA Glenn Research Center, Cleveland State University, NorTech and BioOhio, Nerpouni says.

The strength of the city’s biomedical industry is seen in the breadth and depth of regional biomedical companies which attract funding from venture capital, private equity and strategic investors as well as state and federal grant programs. Since 2003, 170 startup companies have garnered over $1 billion in equity investment, mostly from funds outside the region in a diversity of market segments.

Nerpouni says that these and other medical technology companies have flocked to the three-mile, 1,600-acre HTC thanks to proximity to four world-class health care institutions including the Cleveland Clinic and University Hospitals, nine business incubators, four academic centers, and more than 130 high-tech companies engaged in the business of innovation.

Advanced bioscience and medical technology are also going strong in Massachusetts where more than 400 medical device companies, with surgical and medical instrument manufacturers leading the pack, represent one out of every 10 dollars of U.S. medical device exports.

“We expect that as the population continues to age and the drive to keep healthy continues, the demand for products and services from the high-tech device sector will continue to grow,” says David Tibbetts, president, Merrimack Valley Economic Development Council, Inc.

“We have a strong cluster that’s well-positioned to help fill that need.”

The Merrimack Valley is home to a notable roster of companies focused on pharmaceuticals, biotechnology and medical devices — from international giants such as Pfizer, Philips and Merck, to smaller companies like NxStage Medical. The region is an attractive location to life science companies, Tibbetts explains, because of its proximity to the medical research hubs of Cambridge and Boston, and quick access to airports in Boston and Manchester, N.H.

Companies are also able to tap into Massachusetts Instrumentation, an emerging initiative to support the industrial instrumentation segment of the market. Other resources include the Massachusetts Life Sciences Center — a 10-year, $1 billion, state-funded R&D and commercialization initiative, as well as MedTech IGNITE, which provides free mentoring to early-stage medical device entrepreneurs.

Another lifeline for the state’s smaller medical device companies, Tibbetts mentions, is the Massachusetts Medical Device Development Center (M2D2) which offers inventors and executives affordable access to world-class researchers at the Lowell and Worcester campuses of the University of Massachusetts.

At first glance, motorsports and turbocharged racing engines seem to have little to do with high-tech health care, but in Hendricks County just west of Indianapolis, knowing how to engineer and make precision pumps, valves and controls is a perfect knowledge base for supporting a growing cluster of suppliers specializing in medical technology.

“I definitely see advanced medicine and the medical device industry growing over time and doing very well in our area,” says Jeff Pipkin, director of business development, Hendricks County (Ind.) Economic Development Partnership. “Having the right people available, excellent roads like I-70/I-74 and experience in logistics and distribution which medical companies need are a win-win for the industry here.”

Elanco, Siemens, Vortek Surgical, Biomet and Biologics are some of the companies that Pipkin points to as leaders in the region and contributors of more than $50 billion in annual value to Indiana’s economy.

The Indiana Biosciences Research Institute, which reached its first $50 million funding milestone back in December, is another resource being developed by industry executives from Eli Lilly, Dow AgroSciences, Roche Diagnostics, Cook Medical, Indiana University Health and Biomet, the governor of Indiana and BioCrossroads. Indiana’s research institutions, including Indiana University, Purdue University and the University of Notre Dame also are participating in the development process.

The Future is Now

“There are still so many problems to solve in medicine, you’re going to see therapeutics for individuals that we haven’t even thought of yet,” Bares suggests. “It’s almost like we’re in the Model T stage — I don’t think you could be anything but bullish on the industry. The transition in customization and technology has got to happen and will happen. It’s just a question of everyone, including the FDA, catching up with it.”

High-tech health care may be in growth mode, but the key to translating those cutting-edge ideas into real-world benefits is for public and private resources to collaborate, especially in the areas of research and workforce development, says Denise Hamet, director, city of Middletown (Ohio) Economic Development.

“We’ve got a number of medical companies growing here, and we’re supporting them with everything from shovel-ready sites to enhanced logistics,” Hamet says. “We’re capitalizing on our location between Dayton and Cincinnati, but it is training programs, university partnerships and unique assets like the BioXFEL Center consortium or Wright-Patterson Air Force Base that is our strength and how we’re going to grow.”

Hamet and her colleagues in the region’s health care field frequently see new technologies coming to the forefront in medical equipment and IT platforms and believe that trend will only grow and expand in the future.

One of the region’s success stories in the sector, Hamet says, is the growth of Atrium Medical Center — part of Premier Health, the largest health system in southwest Ohio. An early adopter of electronic medical records, Premier Health is turning theory into clinical practice at its $325 million, 200-acre campus where it offers advanced technology including robotic surgery, a linear accelerator for cancer treatment, digital diagnostic radiology and digital mammography.

The campus, located in the heart of the fast-growing I-75 corridor, also houses the Greentree Health Science Academy, a unique collaborative effort of Miami University, Warren County Career Center, Cincinnati State and Atrium to educate the next generation of health care workers in new and emerging medical technologies.