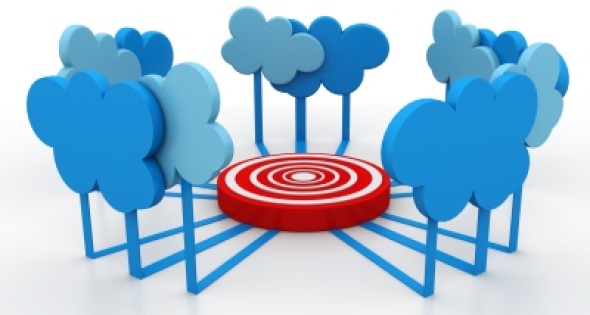 Answers to Data Questions are in the Cloud

Businesses are constantly evaluating whether to maintain their own data centers, send everything to a colocation data center, or implement both strategies.

A unique approach to data center colocation services has taken hold in Ohio to address a gap in broadband services. Due to significant growth over a 15-year period in the community of Westerville, a suburb of Columbus, the idea for a community data center was born. When businesses shared their concerns about the gap in fiber services with economic developers at the city, they found officials were also in discussions about the need for additional managed and cloud services to meet their data center needs.

The WeConnect Community Data Center is example of a city investing in itself. This public data center and public fiber, which connects to buildings, is a unique model in the country, says Jason Bechtold, economic development administrator, city of Westerville.
The city built and owns the 16,000-square-foot data center, as well as the fiber infrastructure. A total of 9,000 square feet is dedicated to floor space; build out has begun on the remaining 4,000 square feet.
Eight telecom providers reside in the carrier neutral data center and a third-party manages the center and the fiber for the city. There are more than 150 physical business connections, and businesses lease space and/or cabinets.

“We also have technology companies in the center providing managed services and cloud services to other businesses,” says Todd Jackson, information systems director, city of Westerville. The data center is set up as an enterprise fund, where only the users of the data center pay for services, as opposed to taxpayers.

For Your Consideration
There are several factors companies consider when deciding whether to maintain their own data centers or store data at colocation data centers. Fortunately, there are many locations primed to support these operations. From available land and low cost business climates to support corporate data centers in locations such as North Carolina and Wyoming, to colocation centers focused specifically on second tier markets, such as Minneapolis, Minn., and Vancouver, B.C., companies have a variety of options to manage and store their data. Many are keeping critical functions on-premises and storing other functions at collocation centers.

Corporate Data Centers
Technology behemoths Apple, Facebook and Google have located large data centers in western North Carolina, a location that has the room to further expand their giant footprints. Smaller data center operations for companies such as Bed, Bath & Beyond and Disney are also locating in the state.

“Apple has invested more than $1.7 billion in the last three years on their facilities,” says Scott Millar, president, Catawba County Economic Development Corp. “The company owns one of the nation’s largest private solar farms, and has two 20-plus megawatt facilities, as well as another 10 megawatts of fuel cell generation, powered by biogas, for electricity.”

Four counties in western North Carolina have partnered to form the North Carolina Data Center Corridor to market the area’s business advantages, including a low cost power infrastructure, the result of the region’s legacy in heavy manufacturing activities, Millar notes. Infrastructure capacities became available as manufacturing companies headed to global markets for production. “We are competitive in terms of cost per kilowatt hour and there is a lot of redundancy in the market as a result of years of expansion [of infrastructure] throughout the region,” says Bob Leak, Jr., president Winston-Salem Business Inc.

What’s more, the corridor region features sites ideal to specifically support data center operations. The site Apple selected was one of those developments. Other properties include the PowerCenter@Maiden, and the ncDataCampus. Millar says the sites are suited for medium and large data center users.

Leak says economic development officials in Winston-Salem have identified several buildings at the former R.J. Reynolds Tobacco Co. campus, now called Whitaker Park, as potential sites for data centers. When the company vacated the location, it freed up nearly 2.5 million square feet in 28 buildings on 200 acres. “The buildings are solid, there is onsite generation for power, for gas and for steam,” Leak says. “We hope by the third quarter we will start marketing some of the development to be used for data centers.”

North Carolina and the financial cluster in Charlotte, an hour from Winston-Salem, have been among the nation’s major banking centers, second to New York. Bank of America is headquartered in Charlotte.
Leak says the old line financial services proved the concept that the Winston-Salem market is excellent for data center operations. The community is home to a major data center for a consortium of banks, as well as a proprietary data center for a major U.S. bank. A small regional bank also has a data center in Winston-Salem. A shared data service center hosts a number of retail companies. And a few years ago, Lowe’s Home Improvement located its primary data center in the community.

Moving west to Wyoming, data center operations find low costs for energy, ample incentives specific to data center investments, and an abundance of fiber-optics infrastructure. Microsoft, which was looking to site two data center operations in different regions of the country, ended up siting one large data center in Cheyenne, Wyo. One of the advantages was access to latent fiber, which allows the company to speedily access the broadband network, says Ben Avery, director, business and industry, Wyoming Business Council.

The National Center for Atmospheric Research houses one of its largest computers in a data center in Cheyenne. Recently, the Underwriters Laboratories (UL), which has a subsidiary in Laramie called UL IDES, which matches raw materials to designs, and which has a long-term relationship with officials at the University of Wyoming, announced it will construct a data center in Laramie. The facility will support UL’s worldwide operations.

Wyoming is also home to homegrown colocation centers such as Green House Data in Cheyenne. Mountain West Technology Network is located in Casper, and Ptolemy Data Systems is in Sheridan, says Brandon Marshall, manager of business recruitment and development, Wyoming Business Council.
Wyoming’s Legislature has approved four incentive programs specific to data center investments. The highlights include sales tax exemptions on equipment purchases, and funds from a $15 million fund in the governor’s office that is specific to large data center projects. “It can be coupled with other programs at the business council to build community-owned infrastructure,” Marshall says. “That includes the facility and the equipment.”

Marshall says an incentive meaningful to data center operations is the partnership formed between the business council and the Powder River Energy Corp., an electric cooperative. Through the WyoRec program the cooperative can offer at a discount renewable energy credits from its portfolio to companies expanding to Wyoming, Marshall says. The company saves money and can promote this sustainable and green effort.

While Wyoming is generally known as a producer of traditional energy resources, the state is in fact the nation’s eighth-largest producer of wind energy. The state is also home to innovative testing in regard to data centers and fuel cell power generation.

Microsoft is building a 174-kilowatt fuel cell generator near the University of Wyoming, Avery notes. The company will use methane produced by a biodigester located at the city of Cheyenne’s waste water treatment center. The methane has historically been flared off.

The success of the project will lead to the development of numerous fuel cells that can be fueled by natural gas, even stranded or remote natural gas sites. “In time, by stacking the fuel cells exponentially, you could potentially power a data center totally off grid,” Avery says.

For companies evaluating cloud services and cloud service providers, Graham Williams of Cologix says they should be sure to consider security, future proofing and capital efficiencies. Cologix is a network neutral colocation interconnection company with 18 data centers located in seven North America markets, with a focus on Tier II markets. “No. 1 you should build a degree of confidence in the cloud by starting with applications that don’t need 100 percent security,” says Williams, chief commercial officer, Cologix.

He also points out that companies should look for data centers with multiple cloud providers so they access to an alternative cloud provider if the need arises. “Recognize there will be a shakeup in the universe of cloud services providers within five years,” Williams says. “With every new technology space there will be some who make it and some who don’t.”

Williams says the efficiencies of cloud services are about managing demand that is “peaky” by aggregating them with many different peaks in order to smooth utilization and run servers, networks and routers as efficiently as possible. He says sophisticated enterprises build their own systems in house for the stable part of the demand, and use cloud service providers for the peaky demand, which is cost prohibitive to build to. “We have seen this play out in the network space and the content delivery space and are starting to see the same trend with the cloud,” Williams says.

In Toronto, Ont., Cologix offers geographic infrastructure redundancy in the event of service disruption, operating from two separate buildings. The company provides services from the 151 Front Street Building, which is the primary carrier hotel in Canada, and from the 905 King Street Building, which is connected to 151 King Street via a diverse fiber ring (the same company owns the buildings). “There are carriers in 905 King Street with routes that bypass 151 King Street all together, creating another useful bit of redundancy from not only a power perspective, but also from a network perspective,” Williams says.

As companies evaluate data and cloud services, they will find no shortage of options in managing their ever increasing volumes of data.