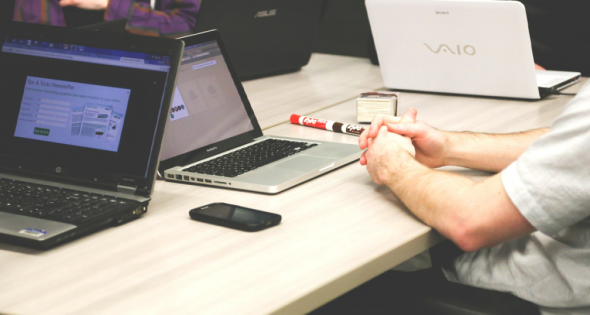 Calgary Rises in the Ranks as a Top Tech Talent City

“Calgary is on the map as the most adventurous tech city in Canada and the world is taking notice,” said Brad Parry, Interim President, and CEO, Calgary Economic Development. “Our city has a top-tier innovation ecosystem with game-changing companies and leading post-secondary institutions producing the highest proportion of STEM graduates of major Canadian cities.”

CBRE ranked cities according to competitive advantages and appeal to both employers and tech talent employees. Calgary’s overall score rose 3.44 points year over year and the city climbed the most in rankings, along with Greater Los Angeles/Orange County and Detroit.

“Our commitment to success in tech is outlined in the economic strategy, Calgary in the New Economy, with talent as a key focus area for us in our path forward,” said Parry. “We’re steadfast in our vision to become the destination of choice for the best entrepreneurs who embrace technology and innovation to solve global challenges.”

“Upskilling, retaining, and attracting tech talent is a top priority for Calgary Economic Development,” said Parry. “Technology is a key differentiator in our economic recovery and we’re on the right path forward building our tech talent pipeline.”

The report compared the number of tech degree graduates with tech talent job creation to determine brain gain or drain in a market. Calgary saw 3,634 tech degrees added to the city from 2015 to 2019, which represents 3,466 in brain gain.

The presence and maturity of millennials within the labor pool have fueled the growth of tech talent in all 50 markets. Calgary saw 8.5 percent growth in this demographic, which is generally well-educated, prefers urban living, and has contributed to many revitalized downtown neighborhoods. Apartment costs increased in all markets, except Calgary and Houston, adding to the city’s profile as an attractive and affordable tech city.

Calgary ranked second in a number of technology engineering-related occupations, 25th in computer and information systems managers, 46th in software development and programmers, and 48th in computer support, database, and systems.

For more information on Calgary’s tech and innovation ecosystem, visit Live Tech, Love Life. To learn more about the community’s economic strategy and provide your insight on the city’s path forward, visit the Calgary in the New Economy page.