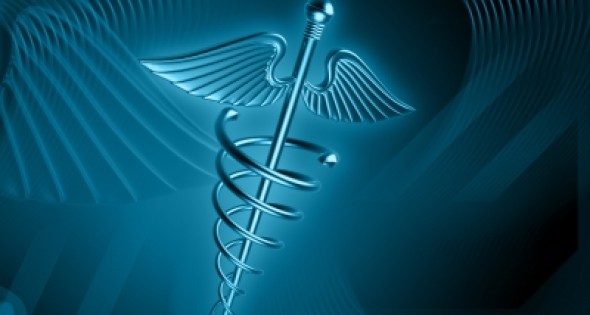 As implementation of the Affordable Care Act continues, demand is increasing for more outpatient services, spurring the growth of medical facilities and services nationwide.

At the same time, an aging population, new drugs and therapies, technology innovations, health care-related IT investments and even the spread of new diseases are fueling industry growth for the long-term.

Although some states, like New Jersey, have been hurt by the recent loss of jobs in the pharmaceutical sector, significant opportunities in the overall medical industry are opening up for companies ranging from device manufacturers to “telehealth” pioneers.

As a result, many communities have been furthering their support of local medical and life sciences clusters, with both new and established hubs fostering collaborations and deepening their ties to the industry.

A strengthening economy and the addition of millions of Americans to insurance rolls is driving an uptick in spending growth for health care organizations, reports PwC’s Health Research Institute (HRI). For 2015, HRI projects a medical cost trend of 6.8 percent, up from 6.5 percent expected for 2014.

“It’s not news that the health care industry is experiencing great change,” Bice says. “The escalation of costs, increased patient volume, reduced reimbursements and new regulatory requirements are changing the face of the industry.

Stepping up to fulfill those needs is New York’s Westchester County, where companies such as Regeneron, Histogenetics, Profectus BioSciences and Burke Medical Research are benefiting from increasing attention to biotech and health care.

“New York City institutions are investing approximately $1 billion in capital in our health care infrastructure, so it’s real opportunity for growth,” Brett continues. We’re especially focused on taking the lead, with gatherings like Health Tech 2014 and new resources such as Innovate Westchester and the WCA Blueprint to develop it even further.”

In Kentucky, success in long-term care is being complemented by growing activity and investments in medical research.

“From conducting the first successful hand transplant to being home to the largest cluster of aging care and rehabilitation headquarters in the country, Kentucky is at the center of today’s evolving health care industry,” says Mandy Lambert, commissioner, business development, Kentucky Cabinet for Economic Development. “Collaborative efforts between universities, innovation centers and hospitals bring Kentucky to the forefront of medical research and development.

“Add to that Kentucky’s professional medical network, our many pharmacy benefit management companies and the state’s excellent workforce, and Kentucky is the perfect place for the health care industry to grow now and in the future,” Lambert continues.

Advancing the state’s sector is the $2 billion Nucleus Innovation Park, centered on a 210-acre site in downtown Louisville, close to one of only 11 Level-3 Regional Bio-containment Laboratories in the nation. One of Nucleus’ latest additions is a new $38 million building housing the offices of assisted-care companies (Atria, Advanced Cancer Therapeutics, XlerateHealth), which anchor Louisville’s long-term care cluster.

In Lexington, the Markey Cancer Center is one of only 27 institutions nationwide designated as a Cancer Center by the National Cancer Institute, placing it among the top 4 percent of all such U.S. centers. Markey’s experts conduct basic and clinical research in an environment where patients can access leading-edge treatments and medical facilities.

“Tennessee is globally known as a center for innovative health care solutions and is a top state when it comes to R&D expenditures. Our top export commodities around the world are medical equipment and supplies, totaling $3.6 billion in 2013,” said Bill Hagerty, commissioner, Tennessee Department of Economic and Community Development, in a public statement.

In March, Fresenius Medical Care announced that it will locate its new manufacturing facility in Knoxville, investing up to $140 million and creating approximately 665 new jobs. Full production at the site is expected to begin in 2016, pending FDA approval.

By Mark Kleszczewski
Home to a host of health care IT companies like Epic, a medical software developer with annual revenue estimated at $1.5 billion, Madison, Wis., is quickly becoming one of the leading medical clusters in the nation. According to the 2014 Battelle/BIO report, when it comes to specialized employment concentration in bioscience, Madison ranks in the top nine out of the 381 metro areas in the United States, and fourth in the nation in job concentration in the drug and pharmaceuticals subsector. It also ranked eighth nationwide in job concentration in medical devices and equipment, employing close to 2,000 people in the region.

Epic alone employs more than 6,800 people in the Madison area and has spawned many health IT startups led by company veterans. One major factor behind the success of Madison’s medical cluster is the resources available through the University of Wisconsin-Madison — one of the top research-based universities in the nation. UW-Madison – which has the second-largest investment endowment in the country — conducts more than $1.2 billion per year in academic research and development, which has propelled the school to rank third in strength of research focus, and fourth in patent generation. For more information, visit the Wisconsin Economic Development Corp. at http://inwisconsin.com.

“As a company with operations in more than 120 countries, Fresenius Medical Care’s decision demonstrates how Tennessee’s business-friendly environment, quality workforce and excellent location are aligned with the needs of the global business community,” Hagerty said.

“The health care industry is not going to get any smaller and we’re not going to have fewer specialties — they are going to grow and work on things that we can’t even imagine right now,” says John Gessaman, president and CEO, Carolinas Gateway Partnership. “We’re looking at the supply chain and helping what would benefit the most from locating in our area which has Duke, UNC, Nash Healthcare Systems and Vidant, and is very strong in hospital supplies, products and testing.”

A prominent project that Gessaman points to is the more than $200 million investment at Rocky Mount, where Hospira’s new, state-of-the-art quality laboratory houses 200 employees, responsible for evaluating and testing more than 450 different products. The construction of the laboratory was made possible, in part, by incentives that included a grant from the One North Carolina Fund.

“From a startup’s point of view, Pennsylvania and Philadelphia come very close to Silicon Valley. The most important thing here that helps many medical device startups to thrive is all the early-stage funding available through the commonwealth. All those initiatives provide the funding at the most critical time in the life of a company — the beginning.” Dr. Baruch Ben Dor, president and CEO, InfraScan Inc.

Medical Devices Out in Front

The United States is the largest medical device market in the world with a market size of around $110 billion – about 38 percent of the global medical device market in 2013 – and is expected to reach $133 billion by 2016, according to the U.S. Department of Commerce. Furthermore, U.S. exports of medical devices in key product categories exceeded $44 billion in 2012, an increase of more than seven percent from the previous year.

That bodes well for states such as Pennsylvania that are already strong in microelectronics and biotechnology. Medical device companies there have clustered in Philadelphia and the I-99 corridor near State College.

“From a startup’s point of view, Pennsylvania and Philadelphia come very close to Silicon Valley,” notes Dr. Baruch Ben Dor, president and CEO, InfraScan Inc. “The most important thing here that helps many medical device startups to thrive is all the early-stage funding available through the commonwealth. All those initiatives provide the funding at the most critical time in the life of a company — the beginning. They provide momentum — so that venture funds will be looking at startups seriously.”

State College is also home to innovative medical device companies, including Actuated Medical Inc., Analogic/Sound Technology, and others, and is supported by Penn State University, where students at the Huck Institutes for the Life Sciences have the opportunity to work on medical devices with hands-on training.

“We like Centre County because it’s midway between Philadelphia, Harrisburg, Pittsburgh and Cleveland Clinic (Ohio), and because we have top-notch local schools with Penn State University, Drexel, UPENN and South Hills School of Business & Technology, whose graduates we continue to recruit as employees,” says Maureen Mulvihill, president and CEO, Actuated Medical.