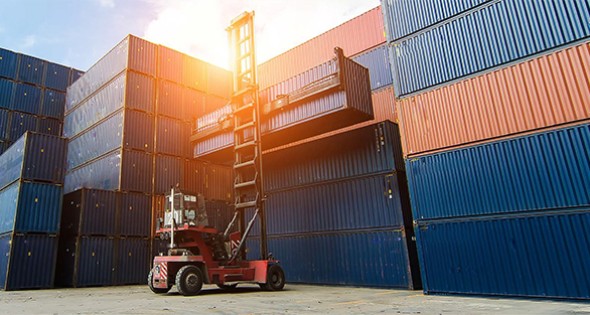 Since the rise of containers for more efficient ways of moving cargo off large ships to inland designations, intermodal, or the movement of cargo in shipping containers or trailers by more than one mode of transportation, has become more popular and more useful to freight economies around the world.

The Intermodal Association of North America (IANA) reports that, globally, 95 percent of all manufactured goods at one point are moved in a container. There are 180 intermodal facilities in the U.S. alone, according to Association of American Railroads (AAR).

The Bureau of Transportation Statistics cites many reasons why shippers and carriers use intermodalism. In some traffic lanes, depending on a particular shipper’s own unique needs and circumstances, a combination of modes may serve the shipper better than a single mode. A shipper, for example, may use one mode of transportation to access another mode that provides certain advantages such as low cost, high speed, or high capacity.

Intermodal shipment of goods has been shown to be a major cost-savings methodology over traditional shipping by rail, boat or truck. According to the IANA, transportation on average amounts to 60 percent or more of a shipper’s logistics expenses. Intermodal can add capacity by double-stacking containers and more, making it cost-effective especially at distances of 500 miles or more.

It relies on a fleet of more than 700,000 chassis to move 34.5 million domestic and international containers traveling on its network.

Intermodal monthly total volume charts for 2014-2018 from the IANA show that intermodal volume usually peaks in August – for example, at 1.7 million units in August, 2018 – and levels off to about 1.5 million units by December.

Where did it begin?

Today’s intermodal system actually began with circus founder PT Barnum, who figured out a way to load circus wagons on and off rail cars, called “piggybacking,”. That method was adopted later by trains to carry larger and larger trucks on rail cars.

According to the AAR, in 1977, Malcom McLean, a transport entrepreneur, partnered with the Southern Pacific Railroad to create and test the first double stacked intermodal rail car. The test was a success, and by 1980, efforts to improve rail economics led to the ability to stack containers on rail cars across America.

The rapid evolution and growth of intermodalism since the 1950s is due to technological advancements and regulatory reforms which have helped to overcome or mitigate some of the historical impediments to intermodalism. Many of the original rail terminals were converted into intermodal facilities by 1960. The success of modern intermodal is largely built upon strategically located rail terminals where freight is transferred between modes.

The Bureau of Transportation Statistics shows that containerized cargo has grown rapidly from 17.9 million TEUs in 2000 to 32.0 million TEUs in 2015, and is concentrated at a few large water ports. The Ports of Los Angeles and Long Beach together handled 32.4 percent of all container traffic at water ports in the United States. Container trade at these two ports increased by nearly 61 percent between 2000 and 2015, but was outpaced by the growth in container trade for the entire United States, which grew by 79 percent.

Along with the rise of container trade, the introduction of computer and telecommunications technology is beginning to alleviate some of the often more difficult organizational and logistical impediments.

For example, The Port of Savannah’s Mason Mega Rail Terminal, to be operational in 2020, was funded in part by a $44 million federal FASTLANE grant. It will deliver the largest on-dock intermodal rail facility for a port authority in North America, and will double the Port of Savannah’s rail capacity to 1 million container lifts per year.

The new rail infrastructure at the port is part of a comprehensive expansion plan that includes a deeper harbor, the largest ship-to-shore crane fleet of any U.S. terminal, adding 60 rubbertired gantry yard cranes and expanding truck gates.

The project will combine the current on-dock CSX Transportation and Norfolk Southern rail terminals into one facility, providing each railroad with at least nine 2,700-foot working tracks. The expanded rail yard will be served by eight rail-mounted gantry cranes. The port will be able to expand its reach into the Midwest, serving customers in Chicago, St. Louis and Kansas City.

Both rail and trucking services are continuing to evolve, but there are more sticking points for the trucking industry that involves infrastructure, workforce and the use of technology.

Already commercial truckers are required to use electronic logging device, or ELDs, as of December, 2015, which is a mandated electronic device replacing paper logbooks to both track where they are, how they are driving, and other information that may help measure the truck’s impact on the roadway, and therefore, more analytics for infrastructure improvements. (A $1.5 trillion infrastructure bill has been proposed in February, 2018, but nothing has happened on that bill yet.)

Using the full intermodal system usually becomes a matter of rail versus trucks. The trucking industry declined last year, forcing shippers to do more diligence in how they were going to ship goods. “On the trucking side, we saw reduced capacity last year,” Todd Tranausky, senior transportation analyst for FTR Transportation Intelligence, says. “Intermodal rail service was and continues to be cheaper and smoother. But the rail service has been an impediment to folks trying to mitigate the truck market types because the intermodal solution either has not been reliable because of transit times, or it’s been hard to get equipment, because the bigger intermodal shippers were seeing their cycle times expand from three to four days to six to seven days,” he says. “The thing to remember in intermodal is that it doesn’t take all that much of an improvement in efficiencies in a truck to erode that difference to the point where the shipper will pay more for truck. Trucks are consistent and more reliable in terms of delivery of goods.”

In terms of workforce, Tranausky says, they are not seeing a lot of drivers 30 years old and younger. “Part of it is that it’s not a glamourous lifestyle,” he says. “But part of it also is there are things that American Trucking Associations is looking to address about the gap between high school and college. Now, you can’t drive a truck until you are 20 years old. So a guy who is 18 looking for a job where his family lives, can’t drive a large commercial truck. By the time the trucking industry allows him to seek a trucking job, he’s already started a career in some other industry or some other trade.”

There are truck jobs, but these are different than the long haul jobs. “One of the biggest sectors that has grown is short haul messengers doing the last mile delivery,” Tranausky says. “It’s a competitor for larger commercial trucks because a messenger truck company is going to the same labor pool. And the big trucking companies haven’t figured out how to get into that last mile delivery sector.”

Many industry techs believe that the real future of intermodal is autonomous – ships, trains and trucks. There have already been some demonstrations of this technology. But Tranausky says the real use of this technology will be a long way off. “One of the big real key things that will keep it from moving forward as quickly as it otherwise would is public perception,” he says. “How do people feel going down the interstate and looking over at that 18-wheeler and not seeing a human being in the cab? That is going to take some time for the general public to get comfortable with.” 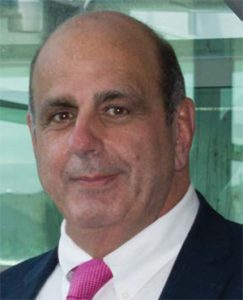 With today’s global economy, it’s more important than ever for companies and their clients to have fast and convenient access to services, products and facilities. City Centre Warwick, located in the heart of southern New England, offers tremendous development opportunities for new and well-established businesses alike to locate in an area with unparalleled multi-transit options.

City Centre is a transit-oriented development, in close proximity to Interstates 95 and 295 and public bus lines, comprised of more than 100 acres surrounding T.F. Green Airport and the InterLink intermodal rail station with MBTA commuter rail service. We’re 10 minutes away from Rhode Island’s capital city of Providence, an hour south of Boston, and just over 3 hours away from New York City.

City Centre’s master plan envisions a vibrant, energized and unique mixed-use neighborhood in which to live and work that will support a diversity of industries, including foreign trade, distribution and high-end manufacturing, education, financial and biotechnical companies. City Centre’s zoning also promotes high-density, multifamily developments within walking distance to the airport and commuter rail, which will enhance our efforts to reinvent Warwick’s variety and depth of housing options.

Our vision is now really coming into its own. The Hilton Garden Inn and Iron Works Tavern–the first developments in City Centre – have remained vibrant, successful entities. In fact, the owner recently sold the hotel to a NYC-based company and Iron Works to a Rhode Island hospitality group.

This summer, we celebrated the completion of the first phase of development on a parcel directly adjacent to the InterLink with the opening of the $25-million Hyatt Place. The developer also has approvals for another 540,000 sf of mixed-use development. We welcomed the Fairfield Inn and Suites brand, and Pinnacle Hotel Management has announced its proposal to construct a $30 million, 140-room Residence Inn by Marriott in the core of City Centre. Pinnacle is also investing $2.6 million for a full renovation of the existing Radisson Hotel on the eight-acre parcel, and has leased the former Legal Sea Foods to a locally-owned restaurateur. Peak Performance, on Coronado Road, has also invested a significant amount on exterior improvements to its property.

This all signals a tremendous private financial commitment from both local and out-of-state developers – in this award winning development concept and their steadfast belief in our vision to create one of the region’s premiere transit-oriented developments. As we build on the tremendous momentum we’re seeing in City Centre, we invite you to visit citycentrewarwick.com to learn more about the opportunities that await you here.