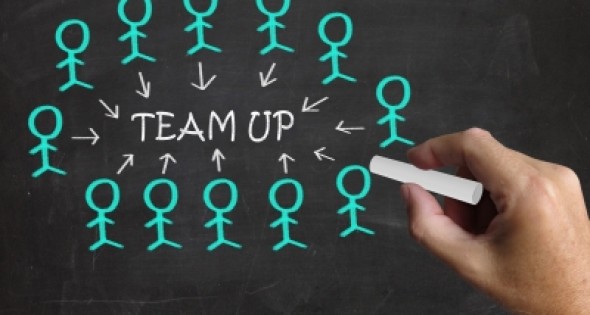 “We have a very pro-business climate throughout the state of Pennsylvania,” Davin says, explaining that the climate is positive in large part because of bipartisan cooperation in the state’s government. He says that Governor Tom Wolf is both a businessman and a Democrat that finds common ground with the Republican-led state congress.

“We’re in a place right now, with the planned reduction of corporate income tax, where we’re setting ourselves up very well for additional business expansions,” says Davin says.

The expansion of the Panama Canal and the raising of the Bayonne Bridge in New Jersey will also open up opportunities for manufacturing and distribution in the Poconos, says Chuck Leonard, executive director of the Pocono Mountains Economic Development Corp.

There has been “significant reinventing of the Pocono vacation product in the last year and a half.” Leonard says. That includes two new resorts: Kalahari, open mid-July 2015, a 400-room property including a water park that represents a $230 million initial investment and Camelback, a well-known ski resort, has added a hotel and a water park.

“We have four or five health care systems represented here in Huntingdon County,” says Amy Wise, executive director of Huntingdon County Business and Industry. While wishing she could take sole credit for the growth, she notes that the area’s outdoor attractions bring in a lot of retirees who tend to require that health care.

“The cost of doing business tends to be less here [in Berks County] than major capital cities and most of the counties in Pennsylvania,” says Jon C. Scott, president and CEO of the Greater Reading Partnership, who says that the county is realistic too. “We know that we’re not going to be able to be all things to all industries,” he says. “We know what we are good at and we know what we can support well and strongly.”

Manufacturing is thriving in Pennsylvania’s business climate, Davin notes. “The US Bureau of Labor Statistics will show that there are almost 15,000 manufactures in the state,” he says, adding that they employ about half the state’s workforce.

“This will surprise a lot of people — have 150 companies with international headquarters in Berks County,” Scott says. Those companies include Turkish-owned Godiva Chocolatier, Mexican-owned Cambridge-Lee Industries which employs more than 500 workers and Mitsubishi’s Quadrant Engineering Plastic Products.

In the Pocono Mountains region, most of the manufacturing businesses have been in the 40 to 70 employee range, Leonard says, but the area does include some advanced manufacturing like classified components for the military.

“We also have the world’s largest flu vaccine manufacturing facility with more than 2,000 people employed,” Leonard notes, referring to Sanofi Pasteur in Swiftwater.

“Huntingdon Fiberglass Products added 20 jobs last summer,” she adds, noting that the jobs had an average starting wage of $19 per hour. “That’s pretty doggone big for a rural area.”

“Tourism is huge here,” says Wise of Huntingdon County, citing their three state parks, 31-mile-long lake, and mountain biking trail. “We get a little over 2.1 million visits a year.”

Logistics and distribution are pretty big in Berks County as well, which can offer “overnight delivery to over 100 million people,” Scott says.

Walmart Stores and Johnson & Johnson have distribution centers each well 1 million square feet in the Pocono area, Leonard says, even with the area’s mountainous terrain.

Health care is also a growing industry in Berks County, which, like Huntingdon County, has an increasing population of citizens over 55. “Reading Health Systems is one of our single largest employers in the area,” Scott says, explaining that in order to handle that, “some of our institutions are creating additional training programs.”

These training programs, he says, are starting to specialize and to include “medical record keeping and specific types of therapy.” 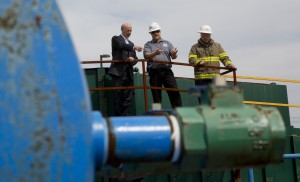 A skills gap is a concern for many companies, Scott says, not only in his area but across the United States.

To close that gap, “On a fairly significant basis eight different economic development organizations have been getting together no less than quarterly since 2009,” says Scott. “We looked at some of the things that, as a community, we could focus on that would have a positive impact — workforce and talent development was one of the top items.”

Part of what has been helping Berks County close that skills gap has been the Careers in Two Years program. “The whole purpose is designed to indicate that it’s no less viable or valid in 2015 to let them [students] go into the work environment and then have the opportunity to go back for further education and training,” Scott says.

The program allows students to complete a degree or training program in about two years and get the skills needed in actual industry jobs, Scott explains.

East Stroudsburg University (ESU) in Stroudsburg has about 28,000 students. “That adds to our available workforce,” Leonard says, adding that they’re skilled ones. “ESU is very good at preparing code writers,” he explains. “Industries are growing up around their computer sciences programs.”

ESU also has a state-funded program that offers “training for incumbent workforces to help keep them abreast of technological change within their industries,” Leonard says.

“We are also blessed, for being a small rural community, with having postsecondary level educational institutions,” Wise says of Huntingdon County. 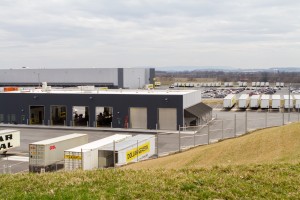 Some of Pennsylvania’s biggest assets are energy resources such as natural gas, coal, nuclear power and water, Davin says.

Combining its natural gas and coal resources, Pennsylvania has the second-largest energy field in the world, which Davin says contributes in a major way to industry in the state.

Proximity to New York, New Jersey, and Philadelphia with a different labor shed help manufacturing in the eastern area of the state, according to both Scott and Leonard.

The state has a lot of mountainous terrain. Huntingdon County and the Poconos both have industrial parks and green space prepared to maximize the available space. Monroe in the Poconos even has the ability to negotiate prices with up to four rail carriers at a time in the county.

The state government is now proposing to recapitalize Business in Our Sites, a decade-old program that provides grants and low interest loans to municipalities and investment authorities to “prepare sites for development,” Davin says.

This creates shovel-ready business and industrial parks, a win-win situation, as Davin says, “without being such a strain and a drain on local entities b/c we put [funds] in on the state level; companies don’t have to wait for sites to be completed”

The Pennsylvania Wilds, millions of acres in size in 12 counties in the state’s northwest region, are home to the largest free-roaming elk heard in the United States, forests, mountains, lakes, streams, rivers and even Gobbler’s Knob, the natural amphitheater near Punxsutawney where the famous groundhog appears each February.

“People and especially young people are looking to be in places that are dynamic,” Davin says, describing that as places with access to restaurants, sports teams, night life and many cultural amenities and the arts. 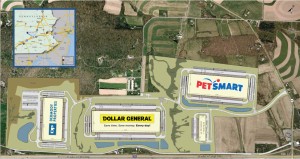 To improve that dynamic kind of cityscape, Pennsylvania has been working on its wild places and connecting cities to them and to each other with trails, many along rivers in those cities.

“What we’ve found is that companies want to locate along places like that because they want a healthy, happy workforce,” Davin says, noting that American Eagle Outfitters located a warehouse distribution center on a trail in Pittsburg, and that workers often walk along the Susquehanna River Trail in Harrisburg over lunch.

The community in Reading, Scott says, is connected to the leadership and “it is a place where people are the backbone of the county.”