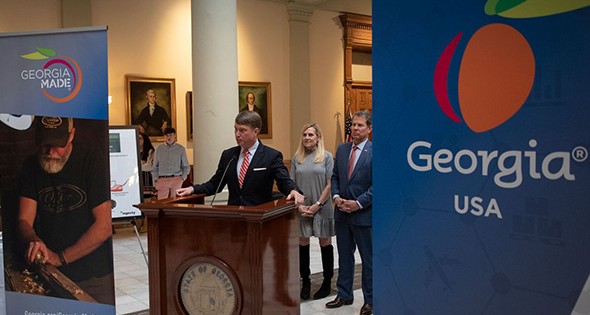 In 2020, COVID-19 has quickly altered almost every aspect of our social lives and the plans of businesses all around the world have been turned upside-down. However, our team at the Georgia Department of Economic Development (GDEcD) has continued our mission of creating job and investment opportunities across the state; and six months into a very challenging year, Georgia’s economic growth and recovery is on the right track.

Even while facing a global pandemic, jobs and investment numbers increased when compared to the same time period last year.

Companies from around the globe know that in Georgia, you can truly make anything, anywhere in the state — whether it be a world-class automobile or a Peabody Award-winning film. In fact, this year our state has been recognized for doing both.

Listed below are just a few of the numerous ways Georgia has confirmed its title as the No. 1 State to Do Business during the first half of the year:

From new investment ventures with Global Fortune 500 companies to accolades recognizing the state for consistently attracting jobs and investment, Georgia has continued to lead the way back to economic prosperity throughout the first half of 2020.