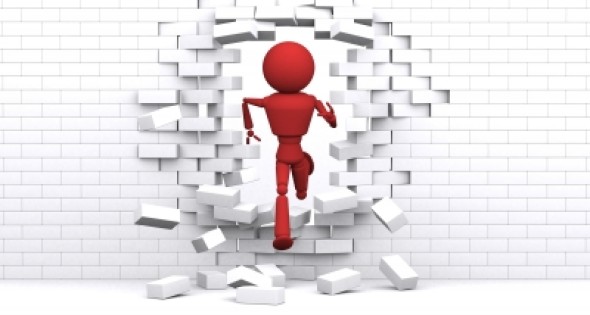 Organization trains manufacturing talent and attracts jobs back to Chicago’s west side.

When Chicago Mayor Rahm Emanuel released his report on jobs and growth for the city, the No. 1 strategy centered on expanding the advanced manufacturing sector. One of the influencers behind the strategy comes from the west side of Chicago, in the Austin community, which is rebuilding its manufacturing talent base and seeking to bring industry back.

The mayor’s report identified the work by the Manufacturing Renaissance, and its initiatives with the Austin Polytechnical Academy and the Austin Innovation Park, as examples of policies and programs the mayor would like to see develop in the city of Chicago. In November 2012, Emanuel announced a grant of $1.25 million in support of the career programming at Austin Polytech Academy.

“There is an enormous amount of momentum around our efforts, and the national discussion the past couple of years is becoming substantial on issues of manufacturing, education and workforce development and technology,” Swinney continues. “Those are things we have been positioned for the last 30 years so there is interest in what we have to say and our various programs. And there is an interest in our organization and we are testing our organizational capacity to meet that demand.”

“There is a significant shift taking place in the administration and our society as a whole that we have a deeper problem that needs to be addressed if we are going to keep our competitive position in the global economy.” – Dan Swinney

The Manufacturing Renaissance has championed public-private partnerships in the advanced manufacturing sector. “It wasn’t traditional business circles that raised the importance of advanced manufacturing; the leadership came from the labor movement, supported by the network of companies in association with the CMRC,” Swinney notes. “It is quite distinctive in the country for the broad public sector to be playing such an influential and sophisticated role in promoting a vision of development.”

Austin Polytech Academy is the organization’s signature program, where last year, the academy’s students made considerable progress in improving academic performance. Austin Polytech generates a steady stream of students with nationally recognized credentials in metalworking, and who have experienced manufacturing in order to seek careers in the field.

“One of our students, Kenny Plymouth, a junior, won the state championship in programming CNC equipment,” Swinney says. “It was the first time Chicago had won. Kenny went on to the national championship. He didn’t place but he was the youngest competitor out of 49 in the country.”

The impetus behind the school was to prepare students for college and careers, and to rebuild the Austin community, which 30 years ago had 20,000 manufacturing jobs. Today, there are 2,000 such jobs. The school also trains adults in the evening in the same machine shop in the technical center. They earn the same national set of credentials. A similar program trains people returning to the community from prison.

The academy has a 3D printer among its equipment, which Swinney says represents the future of manufacturing. “3D printing is brilliant and exciting,” he says. “But it will not replace all of manufacturing. It will be part of manufacturing. Certain segments will be experimental, creative and do exciting things. Manufacturing has always been the place where new technologies in society have taken place.”

Swinney says the academy’s officials would also like to set up a fabrication shop and design shop to incorporate new technologies to expose students in a variety of ways.

By training community members in manufacturing, they become better prepared to participate and benefit from the advances, such as working with robotics, as opposed to being excluded. The Manufacturing Renaissance believes that in order to remain leaders in global manufacturing, the country requires institutional innovation in addition to innovations in technology. The broader population should be included in the process and become familiar with how to use technologies.

In the Austin area, the polytech academy promotes advanced manufacturing in the community and has set up public education institutions which prepare various segments of the community with the skills and education needed to be directly involved in and participate in the expansion of manufacturing.

Swinney notes that if there isn’t a combination of technological innovation and institutional innovation people become polarized against new technology and the use of public funds to support and sustain investments in innovation.

He says the education system should expose young people early on to manufacturing companies because they offer fascinating work, solving society’s needs and issues through production, as well as paying excellent salaries. The processes are not the methods performed by your grandfather and father. “Familiarity with thinking and innovation needs to start with kindergarten,” Swinney says. “There is a significant shift taking place in the administration and our society as a whole that we have a deeper problem that needs to be addressed if we are going to keep our competitive position in the global economy.”

“We expect to aggressively bring manufacturing back to the Austin community — a concept most people thought would be unlikely.” – Dan Swinney

The skill sets available in the Austin community are attracting the attention of industry. The idea behind the Austin Innovation Park, a 29-acre site formerly home to a candy manufacturer, is to bring anchor companies back into Chicago to tap into the talent base. At this time, three manufacturing companies have entered a Memorandum of Understanding with the park’s officials to actively engage in relocating to the Austin community. The companies would generate nearly 300 new manufacturing jobs, which would have a multiplier effect in the community. “We are on the way to transforming the west side of the Chicago, restoring it to an income community as opposed to a symbol of urban blight,” Swinney says.

The innovation park is spearheaded by the Manufacturing Renaissance with partners such as J.P. Morgan Chase and World Business Chicago, Mayor Emanuel’s business organization. Additional assistance has also come from the U.S. Department of Commerce and other organizations.

The community is marketed by the Tri-State Alliance for Regional Development, which is involved in regional planning and economic development. The alliance includes representation from the Chicago area, southern Wisconsin and northwest Indiana.

“We also want to create partnerships with universities such as Purdue, Northwestern and the University of Illinois to bring in engineering expertise,” Swinney says. “This will be done in partnership with community colleges and Austin Polytech.”

The Austin Innovation Park will move closer to the operation phase in the next year. Swinney says the model created in the community, where community members are engaged, and where companies and universities bring resources together in a comprehensive way to redevelop a community, can be replicated in other areas of the country.

“We expect to aggressively bring manufacturing back to the Austin community — a concept most people thought would be unlikely,” Swinney says.