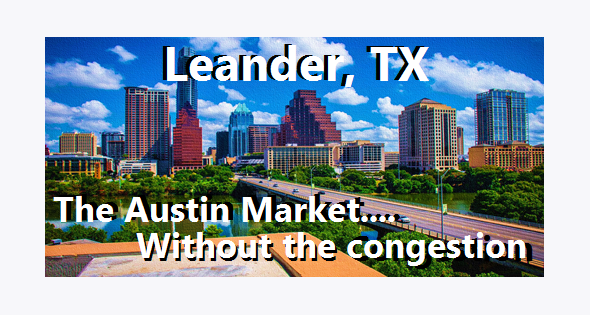 According to the U.S. Census Bureau, Leander was the fastest growing city in the nation from 2014 to 2015 of all cities with a population over 15,000. 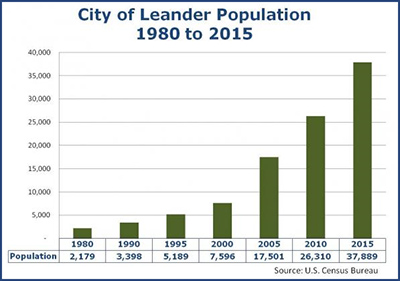 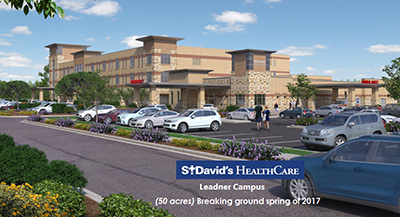 The facility will also feature advanced testing capabilities including radiological testing and a medical lab. It will be staffed by board-certified.

Completion is anticipated in 2017.

The remaining plans for the site include at least one medical office building and an 80-bed hospital with the capacity to grow as the community grows.

During the emergency center’s first year of operation, it is expected to hire 25 employees, including nurses, imaging personnel, and laboratory personnel.

With the future construction of the hospital, more than 200 jobs will be created.

Austin Community College’s 100-acre San Gabriel Campus in Leander is scheduled to open for classes in the summer of 2018.

The campus will be designed to grow with Leander, currently the fourth fastest-growing city in the state.

Long-term plans for the 100-acre campus site include an early college high school. Along with classrooms and science labs.

The City of Leander has introduced a new pilot incentive program to encourage new business development and expansion within the “Old Town” District (see map). 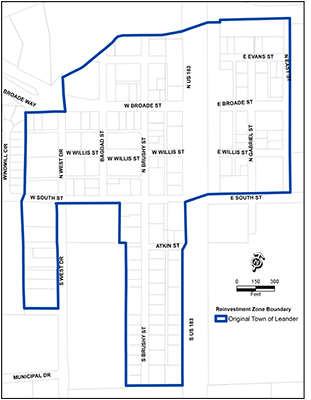 To Learn more on the Old Town Initiative go to;

To Search for Available Sites & Properties within Leander go to;

To View City of Leander ED’s Welcome and Promotional Video go to; 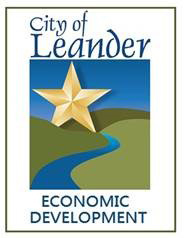