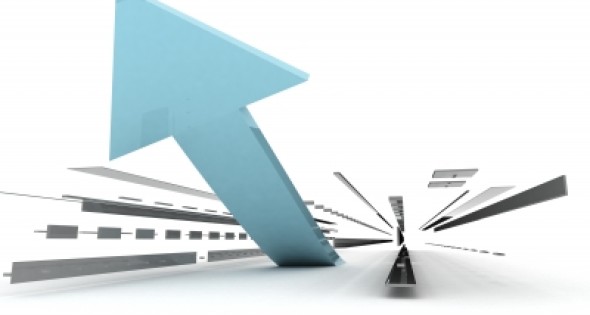 Maryland’s economic development leaders anticipate growth in the information technology, biotechnology and aerospace industries in the near term and in the future. Historically, the state has been a leader in and received attention for its biotechnology sector, which includes activities in pharmaceuticals, medical devices, R&D, and is bolstered by the presence of the National Institutes of Health (NIH).

To further support the biotech industry, the Maryland legislature recently approved an additional $2 million in the budget for the biotech tax credit, raising the fund to $12 million annually. The credit supports equity investments in promising biotech companies.

Maryland’s officials have also seen significant growth in technology-driven industries, says Ursula Powidzki, assistant secretary for business and enterprise development, Maryland Department of Business and Economic Development. “One of our strengths is that we are the kind of state where you have a lot of business growth in industries that are technology driven,” Powidzki says.

An example is in health care IT, which straddles a number of industries, partly due to the presence of the Core Service Agency Social Security administration in the state, and growth triggered by the Affordable Care Act. “More than that, health care IT is driving diagnostics and Internet-driven technologies that are helping health care providers deliver services,” Powidzki says. “There are a growing number of companies in Baltimore, and closer to D.C. and to NIH in that space.”

In February, a health care IT accelerator began operations in the state, funded by a number of corporations, and Powidzki’s department. The four-month program has a dozen early-stage companies participating.

“Linking back to health care IT we have companies bringing products to the marketplace that provide security for health care IT applications,” Powidzki notes. In the past, cybersecurity activities in Maryland have had connections to Fort Meade, the National Security Agency, and the Department of Defense (DoD). In the past couple of years, the state has witnessed a significant uptick in the number of cybersecurity startups. “In many cases, these are seasoned industry people who see the opportunity to create products that they sell to the commercial market, including banks, utilities and retailers,” Powidzki says.

To support this emerging activity, the state’s Legislature created a cyber-industry tax credit. This year, legislators added another $1 million to the program, increasing the fund to $4 million annually.

An example of a cyber-related company moving to more commercial applications is Oculis Labs Inc. 3M and mobile providers are using the company’s technology.

Sourcefire Inc. is a homegrown cybersecurity company that was acquired by Cisco Systems last year. “This is a significant change because it signals the fact that Maryland is diversifying its economic base, whereas historically, particularly in the IT space, we were largely looking at systems integrators that were selling primarily to the federal government,” Powidzki says. “We now have companies that are the objects of acquisitions by companies not in the DoD space.”

In other industry activities, an industrial history in designing and manufacturing products for the federal government and/or the military has created an emerging unmanned aerial systems cluster. The state will enter a partnership with New Jersey and Virginia, taking part in the FAA’s test site program for unmanned aerial systems. Last year the Federal Aviation Administration designated six sites to develop the national air space and regulations for flying unmanned systems. Virginia is the lead partner in its partnership with Maryland and New Jersey.

In regard to manufacturing projects, the city of Hagerstown in northern Maryland has a history in manufacturing. From the city, Volvo manufactures engines and components for its heavy-duty trucks. The facility will be competing for a number of Volvo’s projects during the next few years. “We worked with Volvo to structure a program to grant conditional loans,” Powidzki says. “As Volvo lands contracts it receives some of the conditional loan financing to help make the projects happen.”

Another noteworthy project for the state has been the announcement by Amazon.com Inc. that it will locate a 1.1 million-square-foot distribution facility at a former GM site in Baltimore City, which is located near the Port of Baltimore’s Seagirt Terminal. The company has announced an additional 300,000-square-foot facility to be built next to the first project, says Rick Powers, director of marketing and trade development, Maryland Port Administration.

Amazon’s selection of Baltimore City is attracting the attention of companies that supply the company; one company has announced an expansion to the area based on this, Powers says. To expedite the movement of goods, the establishment of a back gate to the port will serve not only Amazon but other industries. It will operate on a 24/7 basis and eliminate traffic congestion by keeping cargo off the main public roads, providing direct access to the back gate. The Seagirt Terminal is operated by Ports America Chesapeake.

Moving northwest in the state to the panhandle is Allegany County, located two hours from Pittsburgh, and two hours from the Baltimore-Washington, D.C., metro. Industries well suited for the area include anything in light to medium-sized advanced manufacturing, says Matt Diaz, director, Allegany County Department of Economic and Community Development. Among the county’s employers are American Woodmark Corp., which has a 250,000-square-foot facility in the county; and Hunter Douglas, which is adding 200 employees. CSX has a large depot operation in the county, employing 900 people who are conducting repairs for the rail company.

Allegany County is also home to a 45,000-square-foot expansion for Blue Cross and Blue Shield. Hamilton Relay, a service for the hearing impaired, has a 20,000-square-foot accounting and office building in the county. What’s more, Active Network Inc. is located at the Allegany Business Center at Frostburg State University. The school provides IT training for students and part-time workers, Diaz notes.

Moving from the panhandle to lower southwest Maryland is Charles County and the La Plata and Waldorf areas, where economic development officials are updating target industries. Focus is on R&D, technology, manufacturing, distribution, professional services, events and federal contracting, biotech and IT. “We are 30 miles from Washington, D.C.,” says Kwasi Holman, director of economic development, Charles County Department of Economic Development. “Our commercial space is 40 percent lower in cost than other metro areas. Companies can easily access our region’s defense and research centers, but at a lower cost.”

Holman says county officials are involved in 60 projects in various stages of development.  A printing company will complete its relocation to the county this calendar year. Other highlights include a federal facility that is exploring bringing several hundred jobs to the county, and a major employer that wants to expand various lines of business.

“We are also very interested in higher-end retail as a way to make sure employees located here have the best opportunities for an environment that will allow them to grow and prosper,” Holman says.

Charles County is one of the fast growing counties in the state of Maryland. “We have the workforce employers are looking for; hundreds of Ph.Ds are residents in the county,” Holman says.

At the Port of Baltimore an initiative called QChat, which is designed to keep the workforce focused on quality and efficiencies, continues to be successful. At monthly meetings, labor, processors, rail and trucking officials, and manufacturers — anyone involved in the supply chain get together to share best practices and discuss issues and how to overcome them. Subgroups are forming to work on specific issues.

In Allegany County, companies can draw their talent from a three state region. The community’s workforce training needs are served by Allegany Community College.

A 40,000-square-foot industrial facility is under construction at Barton Business Park in Allegany County, which is being built with the capacity to double in size. In other infrastructure activity, a new access road is being built into a business park in Frostburg, which will open up 20 acres in the park.

The Port of Baltimore continues to enhance its infrastructure capabilities. The Fairfield Marine Terminal is under construction with a new berth, which will be ready this summer. “In conjunction, we have TIGER grant funding to take the rail down alongside that berth,” Powers says. “The berth is reinforced so we can take the high and heavy loads coming off the vessels right onto rail.”

At the Dundalk Marine Terminal, the rail infrastructure has been reconfigured in order to increase the berth strength along those rails to allow for the direct discharge from vessel to rail.

Diaz prefers the term “quality of place” in regard to life-work balance issues. “Every area has quality of life but you choose to be in a certain place based on whether you want the mountainous region and the slower paced environment we can provide here,” he says.  “We have tourist activities and recreational areas close by.” The Rocky Gap Casino & Resort, which features a golf course, is attracting spin-off commercial activity.

Charles County features a large amount of green space, biking trails, and access to the Potomac River. “We offer urban environments in La Plata and Waldorf, or more scenic environments in other parts of the county,” Holman says.