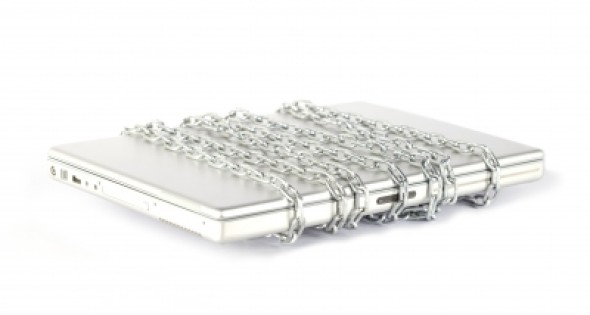 New online vulnerabilities and data breaches of retailers may be generating headlines lately, but increasing cyber crime, espionage and disruption of critical assets and infrastructure are making cybersecurity a long-term priority of government and industry.

“Our nation’s reliance on cyberspace outpaces our cybersecurity,” remarked Chuck Hagel, U.S. Secretary of Defense, in a public speech earlier this year. “Our nation confronts the proliferation of destructive malware and a new reality of steady, ongoing and aggressive efforts to probe, access or disrupt public and private networks, and the industrial control systems that manage our water, energy and food supplies.”

As the need for encryption, certificate management, authentication, vulnerability management and next-generation operating systems grows, academic, public and private business leaders are working diligently to cultivate the growth of the cybersecurity sector and its offshoots in emerging defense technology.

Although cybersecurity spending will continue to be dwarfed by defense budgets (even as they shrink), it’s expected to grow continuously, with utilities estimated to account for a 30 percent share of the cybersecurity market by 2017, note industry analysts at AlixPartners.

With a cumulative market value of $65.5 billion, the domestic cybersecurity market is projected to grow at about 6.2 percent compound annual growth rate over the next six years, driven in large part by short- to long-term federal cybersecurity investments, according to the authors of the U.S. Federal Cybersecurity Market Forecast 2013-2018.

While U.S. Department of Defense (DoD) programs are funding and accelerating today’s cybersecurity market at the national level, public investments in cyber resources are also stimulating the sector’s growth in local and regional economies.

One such place is Maryland’s Harford County, strategically located on I-95 in the heart of the greater Baltimore region. It is home to national assets like the Aberdeen Proving Ground (APG) — the U.S. military’s “megabase” which channels $13 billion in spending into science and technology annually. Local resources include the Harford Business Innovation Center where defense-related suppliers and startups can flourish, and The GroundFloor, a new co-working space that caters to technology and cybersecurity entrepreneurs.

“We have a very robust cybersecurity cluster here that works with the NSA and U.S. Cyber Command at Fort Meade,” says Jim Richardson, director of economic development, Harford County (Md.) Office of Economic Development. “We’re also seeing defense-related resources from cyber capabilities to additive manufacturing opening up for availability to the private sector. So although federal funding may go up and down year to year, we expect to be part of cybersecurity and defense for a long time.”

One of the rising cybersecurity clusters meeting that need is centered around Shreveport and Bossier City in northern Louisiana, home to the Cyber Innovation Center (CIC) and other institutions and facilities aimed at boosting the nation’s IT and cyber workforce.

Across the state, the city of Rockville’s 200 IT companies throughout the I-270 Technology Corridor and 1,200 IT companies in surrounding Montgomery County are well-positioned to attract new dollars to fuel the upswing in cybersecurity activity.

More than 40 private cybersecurity companies are already based in the area, which also plays host to 18 federal agencies including the National Cybersecurity Center of Excellence (NCCoE), established in 2012 through a partnership with National Institute of Standards and Technology and the State of Maryland.

“Having lots of good telecom fiber and connectivity while being centrally-located to Baltimore, northern Virginia and Washington, D.C., makes it a great hub area for a lot of those companies,” says Laurie Boyer, executive director, Rockville (Md.) Economic Development. “IT has been big here for more than 20 years, and now with all these new threats occurring, I think we’re going to see a lot more growth in the cybersecurity industry as a result, especially in our private sector.”

To defend the United States against major cyberattacks, Hagel said the Pentagon has been recruiting outside talent and encouraging military personnel to train for the jobs, aiming to bring the number of professional “cyberwarriors” to 6,000 by 2016. This is in addition to the FBI’s recently-announced plans to hire 2,000 agents and analysts for its cyber division in the coming year.

One of the rising cybersecurity clusters meeting that need is centered around Shreveport and Bossier City in northern Louisiana, home to the Cyber Innovation Center (CIC) and other institutions and facilities aimed at boosting the nation’s IT and cyber workforce.

“If you think about the digital tools being built into our infrastructure and the growing volume of digital traffic that’s being generated by everyone, the threats can only continue to escalate,” says Craig Spohn, executive director and president, Cyber Innovation Center. “I don’t believe any technical silver bullets are going to appear and make the threat go away — it’s people who are going to drive the solutions, which means increased career paths and job opportunities for highly-trained knowledge workers.”

Backed by funding from the Department of Homeland Security, the CIC hosts companies including Hitachi Data Systems, The Boeing Co., Northrop Grumman Corp. and Lockheed Martin Corp. and has created the National Integrated Cyber Education Research Center (NICERC) and Cyber Discovery Camps to engage students and educators in the sector.

The cluster also features Louisiana Tech University, a premier academic center for cybersecurity research and the nation’s first university to offer a bachelor’s degree in cyber engineering. The school is also part of collaborations that include the Center for Secure Cyberspace and the Cyberspace Research Laboratory, both developing ways to protect the nation’s cyber infrastructure.

Joining them is IT leader CSC, which selected Bossier City for its next-generation technology center slated for completion at the National Cyber Research Park campus in mid-2015. The company, which anticipates employing 800 professionals in the community by 2017, also expects the expansion to lure similar companies to the state. In a parallel move, IBM recently broke ground on a new 800-job technology center in Baton Rouge, and state officials quickly saw the number of IT-related deals double.

Company officials say that after considering 134 locations around the country, CSC selected Bossier City because of the willingness of the state, city, parish and local educational community to partner on developing a next-generation IT workforce. As a company dedicated to hiring military veterans, spouses and wounded warriors wherever possible, CSC also appreciated the close proximity of Barksdale Air Force Base which provides an opportunity to hire and train military veterans.

“As we transform our company into a next-generation IT services provider, we are committed to developing a next-generation workforce skilled in cloud computing, cybersecurity and big data technologies,” says Dave Zolet, executive vice president and general manager, CSC. “The special public-private partnership with the state of Louisiana, Louisiana Tech and Bossier Parish Community College provides a strong platform for building a recruiting pool for our company and anchoring the development of a new technology corridor.”

While relatively small compared to aggregate expenditures for traditional defense, overall spending on cybersecurity and related technology is expected to grow faster than military budgets. As threats from cyber adversaries grow in scale and sophistication, they present an opportunity for defense companies adapting to a shrinking market.

Incentives include a 116,000-square-foot facility, $14 million of investments over 10 years in local universities and colleges, $9.6 million in reimbursements for recruitment, relocation and training, and the ability to leverage Louisiana’s Digital Interactive Media and Software Development Incentive and the state’s Quality Jobs program.

While relatively small compared to aggregate expenditures for traditional defense, overall spending on cybersecurity and related technology is expected to grow faster than military budgets. As threats from cyber adversaries grow in scale and sophistication, they present an opportunity for defense companies adapting to a shrinking market. They’re also providing an opening for smaller suppliers and agile technology startups experienced in designing open systems, fostering reuse across systems and increasing interoperability.

For instance, as the use of drones grows, threats to their operations are sure to increase. In the case of unmanned aerial vehicles (UAVs), one of key threats is security, explains Denis Clements, COO, DreamHammer, a Los Angeles software innovator. The government does not have one standard at this time, so the security of a system is sometimes provided by an OEM and sometimes by a system integrator or operator who works with the system in the field.

Clements adds that the DoD and the military are working toward some common solutions, however, those will likely vary depending on the complexity of a particular system since a tiny drone does not need the same protection as a Global Hawk.

While an operating system like DreamHammer’s Ballista — which took four years to develop — seeks to improve interoperability, boost efficiency and drive down costs, some feel that it might also make drone systems more vulnerable to attack. Yet Clements says the greater issue is not so much whether operating systems themselves are secure, but whether a bad actor can access them through unsecure radio links between a UAV and its ground control station.

As safety, security and privacy questions are resolved, the market for drones — which first gained notoriety as weaponized aerial systems — will shift to commercial use and could follow a path similar to the one taken by computers, GPS devices and the Internet, all of which had origins in defense applications, suggests Nelson Paez, CEO, DreamHammer.

“As reliability goes up and costs go down thanks to economies of scale, I think we’re going to see an exciting future,” Paez says. “There may be risks, but it’s important for people to not be afraid of technology. As entrepreneurs figure out new ways for autonomous systems to satisfy both consumer and enterprise business needs, the public will find very quickly that these innovations have great potential to enhance lives.”