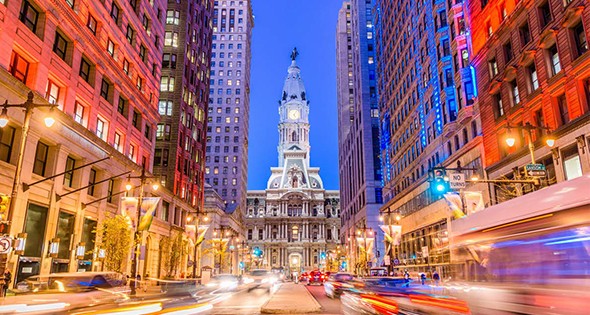 Penn established the colony based on religious tolerance; it was settled by many Quakers along with its chief city Philadelphia, which was also the first planned city. Pennsylvania played a central role in the American Revolution with Philadelphia serving as the nation’s capital for a portion of the 18th century. It was the second most populous state in the country until the 20th century and Philadelphia was the second most populous city in the nation. Not to be too far outdone came Pittsburgh named after Prime Minister William Pitt in 1764. In the 19th century, Pennsylvania developed as the center of mining and manufacturing in the United States. Its large deposits of anthracite coal and iron ore supported a growing steel industry. In 1859, the first oil well in Pennsylvania was drilled near Titusville, and further exploration resulted in the first major oil fields in the United States. Pittsburgh had so many steel mills burning it earned the nickname The Smokey City. After the Great Depression and World War II, Pennsylvania moved towards the service industry. Today Pennsylvania is still at the hub of commerce with thriving corporations, a skilled workforce, diversified industry, demanding technical schools and major universities, one the best business schools in the country in The Wharton School and the Governor’s Action Team who will assist anyone looking to expand or relocate in Pennsylvania. For more information: dced.pa.gov .

Located in south central Pennsylvania, in the heart of the Mid-Atlantic region, Adams County might not have instant name recognition. But its county seat certainly does: Gettysburg, site of the most famous and pivotal battle of the Civil War, is often called “the most famous small town in America.” 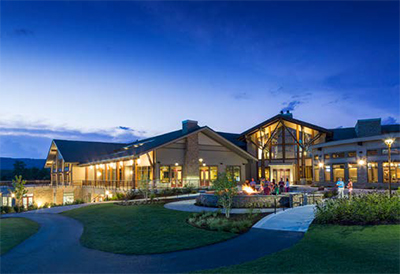 All major Mid Atlantic roads intersected in Adams County—that’s the main reason the Battle took place in Gettysburg. Today, transportation infrastructure has certainly come a long way, and Adams County remains a hub of crossroads. Additional U.S. routes encircle the county including an intermodal hub less than 30 miles to the west and the port of Baltimore which can accommodate some of the largest shipping containers in the world is 60 miles southeast.

From Adams County, 40% of the U.S. population and 60% of the Canadian population is within a day’s drive. Located along the Mason-Dixon line, Adams County provides easy access to major U.S. markets such as Washington, D.C; Baltimore, Philadelphia, New York City and Pittsburgh, as well as the state capital of Harrisburg.

“Now that you know where to find us, here is what you’ll see in Adams County,” says Robin Fitzpatrick, president, Adams Economic Alliance. “Picturesque rolling hills covered in fruit trees; Adams County is first in the state (sixth in the nation) for apple production and first in the state for peach production. Agriculture, including agribusiness and food production, is one of our top two industries along with tourism/hospitality. More than 2 million visitors enjoy visiting us annually. Additional statistical data, including business climate, workforce information and much more, can be found on our Adams Intel microsite at adamsalliance.org.”

“We’re proud of our history, the way we care for the land and the quality of life enjoyed by our residents and visitors,” Fitzpatrick says, “but what we’re really excited about is our future!”