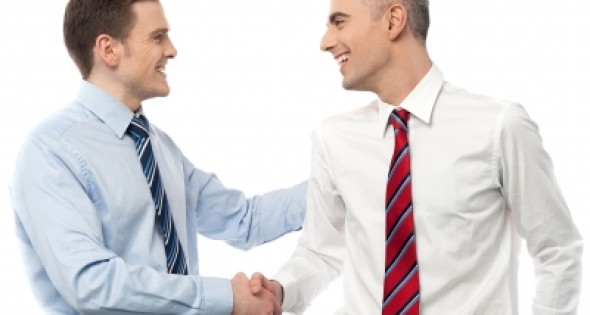 It’s boom time again for Texas. And it’s more than just gas and oil leading the charge. Jonathan Taylor, the director of the Texas Governor’s Office of Economic Development, says that his office is busier than ever, with applications for business development up 30 percent to even 200 percent throughout the various divisions of economic development in the state.

One of the reasons for the uptick in applications is the regulatory environment in the state that is very predictable, Taylor says. “The thing that I do hear more than anything else is the people cite an attitude here that they don’t find anywhere else,” he says. “People say that our office doesn’t sound like we are in government. That’s because we are working for you instead of against you. We don’t have hoops for these business developers to jump through or roadblocks that they have to deal with.”

One of the strongest economic activities in the state is exports. For 12 years, Texas has been the largest exporting state in the country, Taylor says, and most people believe that to be true because of the oil and gas industry. “But it’s not just that,” he says. “We can look all over the continent and see people who have oil and natural gas who aren’t getting it out of the ground and processing it and exporting it like we are. And that’s because we figured out that we are an entrepreneurial community and an investing community, and we recognized that you need to have smart regulations that allow you to get those things out of the ground and exploit them in a manner where you can make a profit … where you can make an investment on … and where it’s still safe and good for our people.”

Taylor says that the governor has always said that the state was rich in resources but that the diversification of the innovation technology was the future of the state. And he backed that statement up with legislative action.

One of those pieces of legislation is the Texas Emerging Technology Fund (TETF). The $485 million fund was created by the Texas Legislature in 2005 at the governor’s request and reauthorized in 2007, 2009, 2011 and 2013. To date, the TETF has allocated nearly $220 million in grant matching and research superiority funds to Texas universities and more than $205 million to more than 145 early-stage companies.

“We don’t push any one industry,” Taylor says. “We are industry agnostics.” The wind industry, for example, settled in the state and has made the state a leader in installed wind energy. “We didn’t push that industry yet we are No. 1,” he says. “We just create the environment for all industry and really let the market decide what is best to be here.”

Industries and Innovations
Texas aerospace, gas and oil businesses have created spinoff opportunities for cities across the state. For example, one of the biggest businesses in the Mansfield area, a city of 60,000-plus and a suburb of Dallas, is the Illinois-based hand toolmaker Klein Tools, which consolidated manufacturing operations in Mansfield with its eighth U.S. plant.

The city tends to be a cluster for metal working, says Scott Welmaker, director of economic development, city of Mansfield, from forging operations to computer numeric control machining that go into aircraft and into tools and equipment for the oil and gas industry.

He says that Klein Tools is ahead of the schedule on their commitment to ultimately bring about $78 million in capital investments and 785 jobs to the city by 2018. “They are moving a lot of their employees down from the upper Midwest,” Welmaker says. “And these are not just corner office people. They even moved their night watchman and their janitorial crews down here.”

Welmaker says that Mansfield is “pretty much at 100 percent capacity” on their industrial buildings now, so they are working with developers to get more industrial product on the ground. “So it’s kind of a two-edged sword,” he says. “Banks aren’t really lending on speculative deals right now, so we are starting to lose some potential prospects because we don’t have any existing buildings.”

Talent and Education
Taylor says it used to be that the first few things business developers would ask about were incentives, tax rates and permitting. “All of those things used to be big ticket items on their list,” he says. “Now the first words out of every big company that comes here or is interested in coming to Texas is where are my workers, where do I train them, how can I train them, what is my education pipeline for the next 20 years?”

One answer to questions about workforce development comes from one of the bigger projects in the Tomball area, a suburb of Houston, in the form of the Baker Hughes $55 million Western Hemisphere Education Center. Baker Hughes is a top-tier oilfield service company that operates with more than 58,000 employees in 80 countries.

The integrated campus is dedicated to advancing technologies focused on pressure pumping products and services for the oil and gas industry.

They are training 350 employees a day at the center, which opened May 15, says Kelly Violette, executive director of Tomball Economic Development Corp. “What that facility has done is bring a lot of people to our community that are staying here and eating at our restaurants. So the economic impact of that center is huge.”

Violette  and Tomball’s officials see companies considering locating to the area because of that center, as well as the new Exxon Mobil Corp. campus, which is 12 miles east of the city. Exxon Mobil began occupying the 386-acre campus this spring. “Those are two of the big drivers right now,” she says.

Assets
The Tomball Business and Technology Park, a project of Violette’s organization, is a 97.5-acre parcel of land that with a light industrial zoning classification. “One of the things we did back in 2008 was zoning for the first time,” Violette says. “And what that did was really transition us from a city that has developed for 100 years without zoning regulations. That posed some challenges in terms of attracting companies that wanted to locate within the area.”

The park is located near the Grand Parkway, which connects from Texas State Highway 290 over to Interstate 45, and provides easy access to the Houston George Bush Intercontinental Airport,” Violette says. “So from a mobility standpoint the location is ideal.”

She says the park has been through engineering and environmental processes and is ready to take bids for drainage improvements. “That will be done in the next few months and once that is underway we will start construction of the utilities and the main roadways for the park,” Violette says. She notes interest in the park ranges from companies wanting five acres to some that are looking at using the entire park.

That rapid-growth story is similar in Cedar Hill, a suburb of Dallas with a population around 50,000, where there’s a relatively low vacancy rate in the Cedar Hills Business Park. However, the park is about 50 percent undeveloped, says Allison Thompson, economic development director, city of Cedar Hill. There are about 12 businesses there right now, with about eight, two acre to nine-acre lots still available. “We are looking mainly for manufacturing, with anywhere up to 350 employees,” Thompson says. “But there are a lot of owner-occupied buildings in the industrial park already. And those are the folks that put down roots and stay.”

Lifestyle
As with the industrial properties in Mansfield, retails properties are also sold out in the city, Welmaker says. One of the largest retail developers (he declined to name it) will be coming in soon to develop 600,000 square feet of retail space within a 100-acre site in the geographic center of Mansfield.
“That big shopping center was planned to start in 2007 or 2008 and the world crashed all around it due to the economy,” Welmaker says. “The retailers dropped out. So it didn’t get started then. So fortunately, we didn’t get overbuilt during that period.”

Welmaker says that the residential activity is going gangbusters as well. “Ask any residential seller about selling an existing home here and they will tell you to pack your bags today,” he says. “You will have multiple offers within the week and they are actually bidding up offers over asking price.”
A lot of the city’s growth is coming from spillover from Arlington, a city of 400,000 that is “basically full,” Welmaker says. “Our growth is just that Arlington metroplex expanding and we represent one path of that growth.”

Taylor says that in order for the state’s economy to continue thriving as it does from large to small cities across such a large state, the state’s economic developers have to have all the basics ready. “We have to continue to get it right as the leader in economic development and job creation for the next several years,” he says. “And really, that means workforce development. You can’t slack on anything. Your taxes have to remain low. You have to let people keep as much money as they can so they can invest it. And you have to have that regulatory environment to do that. Because right now, the bar has been raised, and other states are there waiting to take away those company divisions and those jobs.”