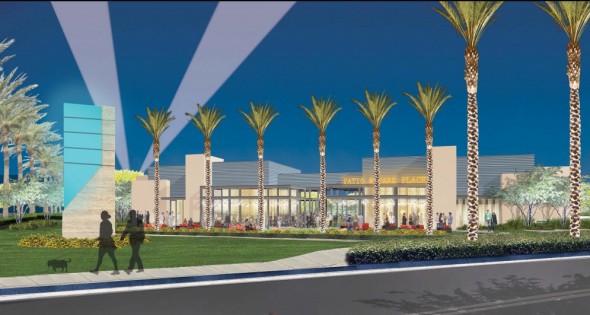 The Douglas Allred Co. has announced the immediate construction of three new projects in the Park Place office complex, a 150 mixed-use development in Chandler, Ariz. These projects include a state-of-the-art business hotel, a retail/restaurant project, and a 92,000-square-foot Class A office building.

Drury Development Corp. will develop an eight-story, 210-room Drury Inn & Suites with direct freeway visibility at the interchange of the 101 and 202 freeways. Construction of the hotel will begin in third quarter of 2015 with delivery in early 2017.

Construction has begun on two high-end retail/restaurant buildings within walking distance of the Drury Hotel and the existing Park Place office buildings.

The Class A office building that will offer tenants modern, creative space in a building with freeway exposure at the north end of the Park Place office development. Construction will begin immediately and will be finished in July of 2015.

“The user demand for creative-type office space with high ceilings, open-concept floor plans and abundant parking is significant,” says Mark Krison with CBRE’s Phoenix office, who handles the marketing and leasing of Park Place for Douglas Allred. “We already have several companies interested and the freeway visibility is definitely a positive.”

The Park Place office park is home to notable companies that include Healthways, INSYS and Infusionsoft.
Image: CBRE Phoenix