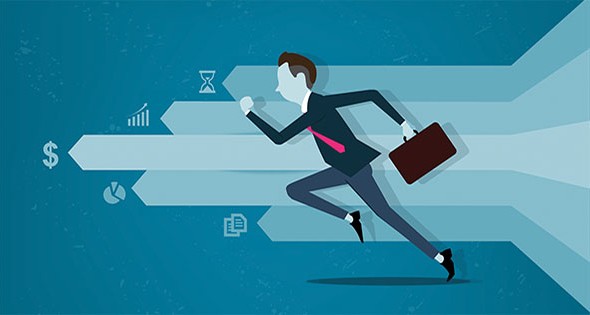 How business services help keep companies humming into the future with more analytics for faster and more efficient business development.

Any successful business needs to know how to coordinate and use the various business services that are offered.

Sometimes these available services come about as a matter of consolidation into one center – such as an industrial park, where economies of scale can be an advantage for more efficiencies in various sized manufacturing operations.

But other business services that most companies need to either build or consider include using call centers and financial services, often tied to cloud computing.

According to Statista, a market research company, 30 percent of call centers in North America are cloud-based.

One of the largest call center/contact center companies in North America is Tata Consultancy Services, with total revenue at $636.46 million.

Another of the top five companies is Convergys Corporation, with total revenue $2.9 billion.

Statista lists the number of global call or contact centers in the United States having an annual revenue of more than $25 billion at 13 percent.

While call centers had been on the decrease, they are once again proving effective in how a business operates, and now they are being used to strategically advance collaborations with social media.

What can a call center do for business?

One example comes from the Global Association for Contact Center and Customer Engagement Best Practices.

In a report from 2013, Domino’s Pizza reportedly increased the amount of social media volume it handled by 128 percent over the previous year. The key to this dramatic improvement was customer interaction via Astute SRM, a social media management tool from Astute Solutions.

Another example comes from JetBlue, announcing a partnership in August working with Gladly, a modern customer service platform, that will enable travelers to have one continuous conversation with JetBlue’s customer support team across multiple communication channels. Gladly’s people-centered approach empowers companies like JetBlue to humanize the customer service experience by treating customers like people, not case numbers, and quickly get to the heart of the customer’s needs so they can be resolved efficiently.

Call centers on a comeback

USA Today reported on a recent resurgence in call centers. After years of sending call center jobs to India, the Philippines, Mexico and other countries, companies are bringing them back to the U.S.

Dialog Direct, which employs about 800 people in its Highland Park, Michigan, headquarters, announced recently it is planning to add 500 more – 300 in Highland Park and 200 in its Grand Rapids offices. Another call center company, S&P Data, plans to add 420 employees at its offices in Troy.

Another example: Last year, General Motors started moving call center jobs from overseas to the U.S. GM closed a call center in Buenos Aires and moved most of the work to a customer engagement center, where it employs about 300 contractors to address customer calls and social media posts. GM managers now oversee the workers, who are in offices closer to the engineers and top leaders, according to the USA Today article.

Cloud technology managing huge amounts of information based in thousands of servers buzzing away in massive data centers have been where financial services have migrated over the last ten years. Better coordinated and accessed financial services are basically now a prerequisite for any business intent on a global footprint or more efficiencies in cost and expense analysis.

And right here in the U.S. is the best place to be.

Leadership in the large, high-growth financial services sector translates into substantial economic activity and direct and indirect job creation in the United States, according to a report from PricewaterhouseCooper (PwC).

PwC adds that financial markets in the United States are the largest and most liquid in the world. In 2015, finance and insurance represented 7.2 percent (or $1.293 trillion) of U.S. gross domestic product (GDP).

The financial services and insurance sectors employed 6.08 million people in 2015. The securities subsector of the industry shows great potential for employment growth, with a 12 percent increase expected by 2018. According to the U.S. Department of Labor, 920,700 people were employed in the securities and investment sector at the end of 2015.

As of the end of 2015, the U.S. banking system had $15.967 trillion in assets. It supports the world’s largest economy with the greatest diversity in banking institutions and concentration of private credit. In 2015, net income was up 7.3 percent to $161.6 billion.

The U.S. asset management subsector is unrivaled in its depth and diversity, according to the International Trade Association. U.S. asset managers are currently meeting the pension management needs of over 60 percent of the global retirement market. Total U.S. pension assets were $24.5 trillion at the end of 2015.

In 2015, new commitments to venture capital fun(VC) ds in the United States totaled $28.2 billion, and total investment for the year reached $59.1 billion, marking the highest amount deployed since 2000 and the second highest on record.

Venture capital-backed companies employ 38 percent of the U.S. workforce within public U.S. companies and account for 82 percent of private sector research and development since 1979. Annually, VC-backed companies have historically generated revenue equal to 21 percent of U.S. GDP, according to data from Stanford University.

How the cloud helps financial services

A PwC document reports that leading financial institutions are sending applications and services to the cloud as a means of meeting the challenges related to consolidating data centers, adding that 71 percent of financial services respondents say they will invest more in cloud this year, which is up from 18 percent in the previous year.

The reason for this, PwC states, is that, as the business environment continues to change, financial institutions are feeling pressured to innovate to a higher standard, and to do so more frequently and across new platforms.

The report stated that they have observed leading financial institutions leveraging the cloud to accelerate their data consolidation efforts, citing that, in early 2007, a leading capital markets institution built a virtualized computing environment for its development activities, enabling the creation of 30-day temporary virtual machines (VM) for testing purposes in fully automated fashion. This enabled the creation of a VM in minutes and the institution adjusted its chargeback and asset tracking mechanisms to support this new capability.

Looking ahead, the report continues, private cloud will become the standard infrastructure in the industry and a catalyst for platform standardization.

Where it all comes together: industrial parks

Where businesses can realize more efficiencies in their operations is through collaborative environments featuring shared services and access to intermodal distribution systems. That’s the advantage of locating in an industrial park, some with a wide-range of attractive amenities.

One of the largest industrial parks in the U.S. is the Taho-Reno Industrial Center in Reno, Nevada, at 107,000 acres. It is one of the west coast’s main logistics hubs, which also includes manufacturing and data centers. It’s the new home to Tesla’s Gigacenter.

One trend is that industrial real estate is rapidly becoming “the new retail.” According to the Deloitte Center for Financial Services, analysts estimate that 50 percent of the malls in America will close by 2030, as overall demand for traditional stores continues to weaken.

Whether grouped together in an industrial park, used individually and physically located in a company, or residing as trillions of ones and zeros inside a huge server farm, managing business services continues to be an opportunity – and a challenge – for all of business large and small.