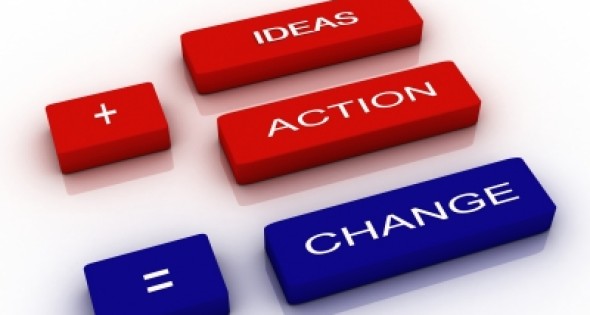 In the last two years, Maine’s administration has been busy transforming the culture of state government, creating a robust “open for business” environment.

Measures include the passage of the largest tax cut in state’s history during last year’s Legislative session. Gov. Paul LePage noted in his State-of-the-State Address in February: “The average Maine family is receiving a $300 tax decrease. A 28 percent reduction in their state income tax. We also reduced taxes for Maine’s job creators. A critical step to attracting investment in Maine.”

The changes to the state’s tax system caught the attention of the Tax Foundation, which says Maine achieved the largest improvement of all states, rising from 37th to 30th place in regard to tax friendliness.

In regard to creating a more cooperative relationship between businesses and government, economic development leaders have been traveling the state engaging with businesses in workshops to learn their issues, such as what regulations might impede job creation. A red tape hotline and business answers program has been established to further assist businesses.

One of Gov. LePage’s key initiatives has been to create the Governor’s Account Executives program, says Brian Whitney, director of business development and innovation, Maine Department of Economic and Community Development. Whitney manages the program. “They are the governor’s ‘boots on the ground,’ connecting the right people, programs and resources needed to grow existing Maine businesses, start new businesses and attract out of state businesses; all with a goal of creating new revenue and new jobs for Mainers,” Whitney says.

The state’s administration has also certified 18 communities, recognizing their business friendly policies, permitting processes and their open lines of communication with businesses. In addition to certification, the communities receive a sign from the Maine Department of Transportation acknowledging their status; Whitney adds these communities become a key part of the state’s business attraction strategy.

As is the case across the country, Maine’s leadership is concerned with workforce development issues. The state has passed legislation to strengthen vocational education, and has created a legislative committee focused on workforce development issues. Whitney says the governor has placed a priority on developing the workforce, emphasizing the role of career and technical education and building a strong community college system to train workers.

At the local level, the Maine Academy of Natural Sciences, located in Hinckley in central Maine, is the state’s first high school to focus on natural sciences. The charter school has developed an agricultural certification program through a partnership with the local community college.

“We also did the same thing with machinists; many of our companies do business with the DoD and international companies,” says Darryl Sterling, executive director, Central Maine Growth Council, which markets the greater Waterville region, including Winslow, Fairfield and First Park.

The region has developed a WEALTH strategy, focused on: workforce and education; entrepreneurship and arts culture; agriculture and processing; logistics and transportation; technology and energy; and health care and related businesses.

Maine’s economic history is tied to the abundance of natural resources. Strongholds include fisheries, forest products and agricultural products. The commercial fishing industry brought in $426 million to the state in 2011. The state’s natural resources and attractions also drive a $5 billion tourism sector.

“We have a proud history of manufacturing quality products, and Maine’s brand is synonymous with quality, such as products made by L.L. Bean,” Whitney says. He points out that the state has a strong defense manufacturing cluster tied to boat building, home to operations for General Dynamics Bath Iron Works, and Pratt & Whitney, a United Technologies Co. The state’s boat builders also specialize in producing custom yachts.

In the forest products sector, Sappi Fine Paper will invest $2.5 million to rebuild machinery at its paper mill in Westbrook.

Also in Westbrook, Idexx Laboratories Inc. is underway with a $35 million expansion, which features a three-story, 107,700-square-foot corporate headquarters office. The global pet diagnostic and technology company expects to add 300 jobs to its 1,800 Maine-based workforce.

In other research laboratory news, The Jackson Laboratory in Bar Harbor has spun off a second business, Cyteir Therapeutics Inc., which is working on therapies for cancer. The lab has also spun off Bar Harbor BioTechnology Inc., which 10 years ago licensed technology from the lab. Jackson Lab conducts genetics research, and is headquartered in Bar Harbor, with locations in Connecticut and California.

“We have an entrepreneurial spirit in Maine,” Whitney says. Ninety-eight percent of the state’s businesses are considered small businesses. These businesses are also innovators. For example, in the forest products sector, an entrepreneur has developed a new starch-based technology to reduce the amount of wood fiber required in papermaking. The state is the second-largest papermaker in the country behind Wisconsin.

Whitney says entrepreneurs are supported by the Maine Technology Institute (MTI), which provides seed grants and funds to move innovations into the commercial marketplace.

The MTI leads the state’s innovation efforts in concert with partners in the business and academic communities. Since 1999, MTI has invested nearly $150 million of public money in more than 1,000 companies across Maine to help accelerate commercial success in innovative technologies within the state’s seven technology sectors:

In Waterville, economic development officials have teamed with Colby College and other institutions to launch the Kennebec Valley Accelerator in the downtown. The location offers training and leadership, commercialization and funding assistance, as well as markets the arts, tourism and culture. “We want to do a little more in regard to healthy living for healthy communities — the creative economy piece,” Sterling says.

StudyMaine.net is an online directory of the state’s schools that are geared toward international studies. The initiative is part of the Maine International Trade Center. In 2011, a trip to South Korea took place as part of StudyMaine.net.

In regard to the public education system, Maine is ranked among the top 10 in the country. All seventh and eighth grade students are issued laptop computers; the state was one of the first in the world to offer such a program.

When it comes to transportation assets, Maine features three major sea ports — Portland, Searsport and Eastport — which offer freight rail and highway connections. The ports are open year-round, are ice-free, and have deep-water channels and berthing. In February, Iceland-based Eimskip, a shipping company, announced it will offer services from the International Marine Terminal in Portland. The company will operate an office and warehouse from Portland.

In terms of air service, in central Maine, expansion activities are underway at the Robert LaFleur Airport, including the completed 2,300-foot crosswind runway. By 2014, the 5,500-foot main runway reconstruction will be completed, Sterling notes. In addition, the city of Waterville has purchased a 62-acre parcel at the airport to support industrial developments.

“We have also submitted a reissuance of authority to the federal Foreign Trade Zone board so the airport will be an activated zone,” Sterling says. “Combined with permitted TIF sites and the FTZ benefit, the airport is a great economic location for companies to invest.”

In regard to the state’s utility infrastructure, Bangor Hydro-Electric Co. has recently completed a $61 million infrastructure upgrade, which includes a 43-mile redundant power line.  In the central Maine region, compressed natural gas pipelines are being installed, which will assist in establishing more competitive costs for energy, Sterling notes.

Investinmaine.net says Maine is one of the most healthful states in the nation, where “businesses, employees and their families enjoy few instances of traffic congestion and access to a wealth of year round cultural, recreational and sporting activities.”

“There is a new attitude in Maine, an unsurpassed quality of life and a low crime rate,” Whitney says. “Maine is an incredible place to live and work and raise a family. The governor has emphasized that we are open for business, and that motto is affixed to everything we do in state government.”

Maine features the lowest tax burden on new investment in the United States, according to the April 2011 Ernst & Young COST Report.

The University of Maine system has been ranked among the country’s top colleges for eight consecutive years by Princeton Review and Fiske Guide to Colleges.

The entire state of Maine is a Pine Tree Development Zone, under which qualifying companies can greatly reduce or even eliminate state taxes for up to 10 years.