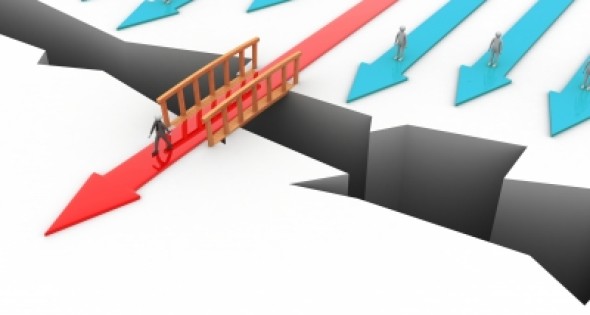 Maine: Moving in the Right Direction for the Future

Corporate decisions makers considering a New England location need to understand Maine’s government leaders are prepared to move at the speed of business. During the last four years the LePage administration has focused on simplifying regulatory issues, and lowering the costs for energy.
“We have made good progress the last couple of years, but we are nowhere near done in regard to tackling the access to natural gas and other areas where we can lower the cost of energy for companies and residents in the state,” says George Gervais, commissioner, Maine Department of Community and Economic Development (DCED).
Gervais says the administration is also working on a tax reform package which has a final goal to eliminate personal income taxes in the state. Legislators also plan to introduce a bill to attract talent and skills to help employers fill job openings. The bill seeks to retire the student loans of people who take STEM-skill jobs in the state. “Businesses will benefit because they will have an attraction tool for those workers, and be able to fill those open positions,” Gervais says.
The commissioner believes these measures will last beyond Gov. Paul LePage’s time in office and “is absolutely what the business world needs to survive, and what this state needs to be competitive and attractive,” Gervais says. He adds that while claiming to lower the cost of conducting business may be a common refrain among economic developers, businesses can look at the last four years in regard to Maine’s business climate and see for themselves that the needle is moving in the right direction. What’s more, the state’s officials have bigger plans for the future. 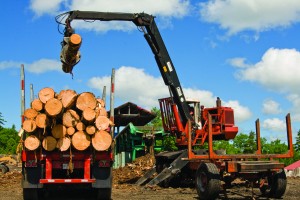 Consider the business attraction of a significant ocean-related company from Reykjavik, Iceland, called Eimskip, which is a major ocean shipper. The company relocated its port of call from Norfolk, Virginia, to Portland, one of three major seaports in Maine. “This project has opened up markets throughout the UK and Europe, and we have a lot of trade relations with Iceland,” Gervais says. “The state has engaged with Eimskip and we have purchased a lot of the land to expand their footprint to increase capacity.”
What’s more, the Maine North Atlantic Development Office is a pilot project tied directly to spreading the word about the increased advantages of the state with the relocation of Eimskip’s port of call in the United States, Gervais adds.

Down to Business
*Portland was recognized by Forbes in 2012 as one of “America’s Hippest Neighborhoods.” Also in 2012, Kiplinger’s named Portland the best city in the country for the young at heart.

*There are 31 Maine Certified Business-Friendly communities in the state. These communities have partnered with the private sector and others to achieve excellence through streamlined regulations and permitting processes.

*Maine features 5,500 miles of coastline, second in the nation only to Alaska.

Industries and Innovations
The aquaculture and marine sectors are among the industry segments of focus for the Maine International Trade Center, a division of the DCED. A model of a successful ocean cluster house concept operating in Iceland is being replicated in Portland. The New England Ocean Cluster House already has 16 businesses set to co-locate in Portland. The cluster house is a partnership of the Iceland Ocean Cluster, North Atlantic Assets and Soli DG Inc. Thor Sigfusson, an Iceland native, and owner of the Iceland Cluster House, works closely with the owners of Eimskip as well. (The Portland model also includes the New England Ocean Cluster.)
“Sigfusson immediately saw that Maine would benefit from this cluster concept” with companies working together in a common area so new companies and products can spinout, Gervais notes. “We are reaching out throughout New England. The goal is to invite forward-thinking, innovative businesses to take office space here and start feeding off of each other. We hope to see a lot of new economic activity bubbling out of this.”
The New England Ocean Cluster House will welcome a variety of industries such as food processing, boatbuilding, aquaculture, advanced materials and marine technology, among others.
In regard to other industry clusters of strength, Maine’s economic development officials are developing an enhanced cluster strategy. In 2014, Battelle, in consultation with the Maine Technology Institute and others, published “strong recommendations on how we move forward in re-evaluating what are our targeted areas of focus,” Gervais says. “This is where our strategy will come from.”

In the study, Battelle increased economic opportunities from seven clusters to 13 clusters, which share common supply chains, markets and technology competencies.
Industry strengths include precision manufacturing, centered on the aerospace industry; boatbuilding; composites; forestry products; and emerging activities taking place in the agricultural sector in regard to food processing. Gervais says a great deal of Maine lobsters are shipped to Canada, which are then processed there as a Canadian product. “We are keeping more of the lobsters and processing them here,” Gervais says. “And that concept is happening across the state’s food industry.” 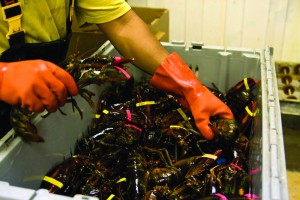 To further boost the image of the Maine lobster, a revamped marketing effort called the Maine Lobster Marketing Collaborative will take the Maine lobster to new heights as a brand. The commissioner of the state’s Department of Marine Resources partnered with industry members, both on the sourcing and processing side, to collect fees attached to their license payments to support a stronger marketing effort.

Talent and Education
The Maine Technology Institute “continues to be robustly funded in an effort to make sure our natural resource based industries are able to innovate so we can remain competitive with other states,” Gervais notes. The institute offers early-stage capital and commercialization assistance.
Maine’s business climate also includes important research centers such as the Jackson Laboratory, the Advanced Structures and Composites Center, the Forest Bioproducts Research Institute, and the University of Maine’s Aquaculture Research Institute. The state also features industry-related organizations advocating for biotech, manufacturing and offshore wind energy, among others.
Among Maine’s higher education institutions are: nine campuses for the University of Maine; two campuses for the University of New England; Bowdoin College; Colby College; Bates College; seven campus and 10 off campus locations for the Maine Community College System; and the Maine Maritime Academy.

Assets
Maine has three major seaports – Portland, Searsport and Eastport – all featuring freight rail and highway connections. The ports are open year-round, are ice free, and offer deep-water channels and berthing.
In other transportation assets, Maine has more than 7,000 licensed carriers to provide interstate overland service to points in New England and the Atlantic Seaboard.
Maine also offers numerous quality-of-place advantages, which supports a robust tourism industry, attracting nearly 34 million visitors annually. “It is fascinating,” Gervais says, “if you go to our major employers and interview people that relocated here, many came to Maine on vacation or for summer camps as kids and fell in love with the state.”

Lifestyle
Maine is considered among the nation’s more healthy states. In Maine, businesses, employees and their families enjoy few instances of traffic congestion, and enjoy access to a variety of year-round cultural, recreational and sporting activities.
Among the state’s cultural amenities are two symphony orchestras, opera companies and numerous theatre companies.
Maine is also quite a destination for foodies. Dining opportunities include indulging on the state’s seafood, which is sought by lobster and fish lovers around the globe. In 2013, the Huffington Post named the Portland-Lewiston region as the eighth best restaurant metro area in the United States. Maine is also home to several award-winning specialty foods, microbrews and beverages, which are often made by small businesses.