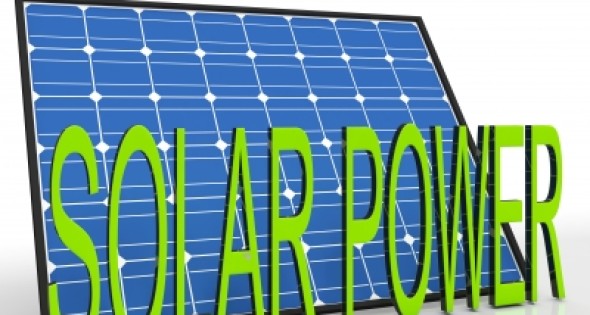 The demand for solar needs to come back into the market.

Special interview with Barry Broome about the solar energy industry in Phoenix. Broome is the president and CEO of the Greater Phoenix Economic Council, which markets Phoenix as a place to do business.

The solar energy cluster in Phoenix features many milestones, such as begin the No. 1 solar market in the United States per capita; No. 2 overall. It is home to 20 percent to 25 percent of the country’s installed power; and is the country’s No. 1 distributed generation market.

The cluster is comprised of leading companies such as First Solar, Power-One, Rioglass Solar, Kyocera, Gestamp and Abengoa Solar. Phoenix is home to pioneering research institutions and the world’s largest solar generation projects. For example, researchers at the University of Arizona’s mirror lab are creating more efficient uses of parabolic mirrors. With the advances, large-scale solar power projects such as Abengoa’s would require one-third of the mirrors that are currently being used in the market, which is a dramatic transformation.

Arizona State University and TÜV Rheinland PTL have formed the only lab in the United States accredited for photovoltaic design qualification and type approval.

In other activity, Fluidic Energy, a spinout from Arizona State University, is making breakthroughs in storage technologies, employing more than 150 people.

But, the industry in Phoenix has taken its lumps, and leaders have to take the good with the bad, says Barry Broome, president and CEO, Greater Phoenix Economic Council. “We have dealt with the shakeout in manufacturing,” he says. Suntech Power Holdings Co.  Ltd.’s plant in Goodyear went bankrupt. What’s more, “the global market is still contracting, and we were hurt by the tariff between the United States and China. And I think the industry is still recovering from Solyndra’s bankruptcy; and it is shaking off its over built experience from 2008, 2009 and 2010.”

Below, Broome outlines what economic development leaders in Phoenix are doing to support the solar energy industry in moving forward.

Rachel Duran: Given this business climate, what are you doing to support these businesses?

Barry Broome: We continue to do a good job of advancing research. We are doing a good job on supply chain from glass, cells, converters and storage technology.

The Arizona Competes Fund helps with infrastructure. Other advantages include Arizona State University’s leadership in sustainability initiatives. In addition, all three of our major utilities are in the top 10 in the United States in regard to using renewable and solar power.

We also have the most aggressive refundable tax credit in the country for solar and renewable companies, awarding up to 10 percent of the total capital investment back in the form of a refundable credit.

A proposed concept called the Arizona Energy Institute would be an interface between the utilities, solving the state’s long-term energy problems.

The not so good news is we have to have demand come back into the market.

Duran: What will it take to get there?

Broome: Ultimately, the federal government is going to have to do a better job at reestablishing things like loans guarantees for concentrated solar power installations.

And we need to have a conversation about raising our renewable energy standards. The good news for us is that we have hit our standard. Very soon, 20 percent of the energy for our utilities will come from renewables, which will be primarily solar.

I think we are at a crossroads in the conversation in the United States and Arizona because we haven’t moved national energy forward very effectively for renewables.  We backed in to it with a enforcement on coal, which is better than no policy on coal. – Barry Broome

If you want the industry to keep growing you have to take things to scale and our ability to export products, doing a better job on distributed generation, and probably more large-scale projects, is going to be the key to going forward.

Duran: Where are we at?

Broome: I think we are at a crossroads in the conversation in the United States and Arizona because we haven’t moved national energy forward very effectively for renewables. We backed in to it with enforcement on coal, which is better than no policy on coal. But it is not as productive as having a proactive, progressive renewable energy strategy for the states and the country.

I think these companies are starting to get their legs back under them. There was the wash out of the German companies building to scale too quickly; and Chinese companies operating on enterprise models and having to contract when they didn’t get the offloads they thought they would get when they came to the U.S. market.

Market demand has to come up aggressively and there has to be a national policy to help that along. As the price of solar continues to flatten out and drop, and the price of coal goes up, it will be a demand conversation that will change the technology.

Duran: What’s next for the solar energy industry in Phoenix?

Broome: Hopefully get back to a go forward policy. We have to rebuild the relationship between the incumbent utilities and the emerging solar and renewable industries. There has been too much conflict for those in our market to get a combined strategy.

Renewables and solar in particular have to solve the problems for the utility industry, not become a positioned competitor, in my opinion.