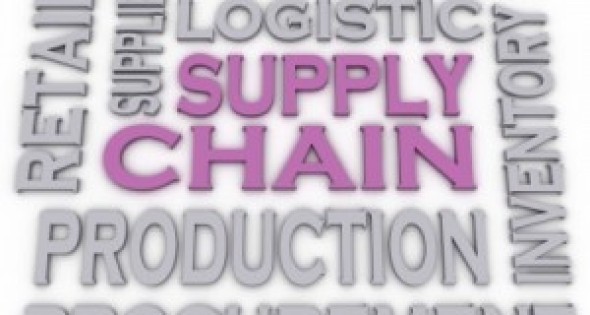 By Harry Moser and Millar Kelley

Reshoring is a direct solution to supply chain challenges.

General Electric’s appliance division in Louisville, Kentucky, is the poster child of reshoring. The division started the return of its manufacturing to the United States with its water heater product line. In contrast to the product they had been importing from China, they achieved higher thermal efficiency, lower warranty costs, 20 percent lower retail price, and created 1,300 jobs in the process.

As a result of this triumph, the company continued reshoring more products, as well as increasing R&D in the United States. Jeff Immelt, CEO of GE said that sourcing offshore “is yesterday’s model.”

GE is just one of the 800-plus known U.S. and foreign companies to have chosen to manufacture in the United States as opposed to offshore. Small to large companies in a wide range of industries are reshoring. Their successes serve as a strong reminder that everyone should re-evaluate offshoring with total cost of ownership (TCO) metrics and develop new solutions to supply chain challenges.

Reshoring of manufacturing is the most direct solution for many of the hottest supply chain issues. Shortened lead-time dramatically reduces the complexity of monitoring all levels of a global supply chain and the importance of longer-term forecasting. It also dramatically improves inventory turns and reduces the risk of supply chain disruption. Increasingly, companies are using TCO or similar sourcing metrics to ascertain the achievable benefits — without sacrificing profitability.

Use of TCO or similar comprehensive metrics — getting companies to recognize all of the benefits of local production and adopt a more comprehensive total cost analysis — is the most effective action to accelerate the return of manufacturing and balance the trade deficit.

As of October 2014, about 170,000 manufacturing jobs have been brought to the United States from offshore (400,000 total jobs when including the manufacturing ~1.4 multiplier effect.) That job gain is the result of both new reshoring — the return of manufacturing work that was previously produced offshore — and foreign direct investment in the manufacturing sector.

These trends represent about 25 percent of the total increase in U.S. manufacturing jobs since the low in February 2010 . For the economy, the continued challenge is to bring back another 3 million to 4 million manufacturing jobs that remain offshore. Meeting this challenge requires that the positive trends that are already bringing work back, such as rising costs offshore and lower energy costs at home, continue. Additionally, the United States can improve its competitiveness, in the following manner:

• First, in the short to medium term, use of TCO or similar comprehensive metrics — getting companies to recognize all of the benefits of local production and adopt a more comprehensive total cost analysis — is the most effective action to accelerate the return of manufacturing and balance the trade deficit. Increased use of TCO, alone, could cut the trade deficit by 25 percent and bring back 1 million manufacturing jobs. Mainly this requires educating companies to use TCO, and is entirely under the control of our society and corporate culture. Detailed, objective reporting on reshoring successes is a necessary element to motivate companies to reevaluate offshoring.

• Second, in the longer term, to get the other 75 percent requires improved competitiveness with political and societal actions: tax reform, currency/tariffs, skilled workforce expansion, etc. All actions involve politics, and most are cultural and endemic. Currency/tariffs are subject to WTO rules, and are influenced by other countries’ actions. Much more progress is required on these fronts in the decades to come than there has been in the past.

Ideally, it is best to do both sets of actions. We should be enthusiastic about reshoring as an important element of the manufacturing renaissance but not optimistic about the renaissance until all companies are using TCO for their sourcing decisions and the longer-term actions are being implemented.

Knowing how reshoring/FDI and supply chains mutually influence one another can help supply chain professionals set up infrastructure in anticipation of and in support of a continued trend toward localized manufacturing.

As manufacturing returns from offshore, regional/industrial clusters will continue to evolve, requiring ongoing adaptation of supply chains. Knowing how reshoring/FDI and supply chains mutually influence one another can help supply chain professionals set up infrastructure in anticipation of and in support of a continued trend toward localized manufacturing.

By reshoring, companies can more easily respond to customers’ changing needs. Positioning manufacturing near engineering and customers gives companies better flexibility to respond and customize quickly. With manufacturing next to engineering, companies can improve design, eliminate waste, improve quality and increase productivity, often making a better product more easily and at a lower cost. As U.S. productivity is increased, it makes the product easier to reshore by reducing the U.S. manufacturing and total cost versus offshore. Tightening supply chains around and between manufacturing hubs as they develop will strengthen both.

Tools to Calculate Reshoring vs. Offshoring
In order to help companies objectively decide where to manufacture, the not-for-profit Reshoring Initiative offers a free Total Cost of Ownership Estimator to calculate the real P&L impact of reshoring versus offshoring.
In 2013, the U.S. Department of Commerce created the ACE (Access Costs Everywhere) Tool to promote reshoring and greater use of TCO analysis. The most recent addition to ACE is the cost differential frontier tool, which allows companies to quantify the potential savings derived from reducing lead time. Learn more at www.reshorenow.org.

Sixty percent of reshoring is coming from China, where USD wages have been rising at more than 15 percent a year. The Midwest and Southeast are the strongest regions for reshoring, with South Carolina and Michigan leading the pack.

Other factors are helping, too. Walmart Store’s commitment to source an additional $250 billion in U.S. products through 2022 is having a large impact. We estimate this program could add 300,000 U.S. manufacturing jobs. The U.S. shale gas and oil boom is also playing a key role. The American Chemistry Council has identified more than $136 billion in announced capital expenditures driven by the boom. Much of this investment will be made in equipment manufactured in the United States.

Reshoring, i.e., reducing imports, is more cost effective than increasing exports because U.S. factories are about 30 percent more price competitive here in the United States than when exporting, e.g., to China.

Reshoring has the potential to increase U.S. manufacturing by 25 percent, curtail unemployment and the budget deficit, motivate skilled workforce recruitment, and strengthen supply chains, among other advantages. The challenge is to pick the most effective and implementable actions to overcome the loss of manufacturing and the trade deficit.

For the most up-to-date data on the reshoring trend, visit: http://www.reshorenow.org/key-reshoring-data.pdf. For help getting started with TCO, email info@reshorenow.org. More content can be found at the Reshoring Initiative’s Reshoring Library, which contains more than 1,900 linked articles on reshoring.

End Note
1. There were 11.45 million manufacturing jobs in February 2010. About 12.2 million Americans are now employed in the manufacturing sector.