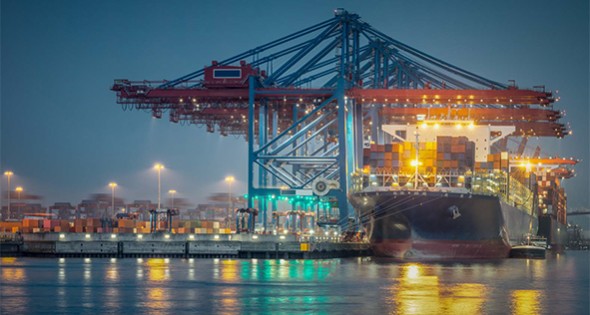 U.S. seaports continue to evolve and expand, as bigger ships come through the newly expanded Panama Canal, making the east coast a bigger player in both shipping and intermodal connections, and encouraging both the development of new ports and the retooling of older ports.

At the same time, shipping port development is following the patterns of consumer growth and migration in the U.S.

According to the U. S. Bureau of Transportation Statistics (BTS), the U.S. population movement to the west and south over the last ten years has changed the ultimate destination for many imported consumer goods. Shippers are routing more cargo through the south Atlantic and Gulf coasts, placing inland points and nearby consumers within easy reach.

The BTS data indicates that there are 17 major ports on the east coast as of 2009. The Port of New York/New Jersey is the largest Atlantic-side U.S. seaport in terms of total tonnage, and the third-largest in terms of intermodal twenty-foot equivalent unit containers (or TEU, which is a unit of cargo capacity describing the capacity of one container) that were handled in 2008.

The Port of Savannah, Georgia, is the second-largest Atlantic coast container port, and the 22nd-largest U.S. port in terms of tonnage handled in 2008. Container ships accounted for over 77 percent of the vessel calls, according to the BTS data. 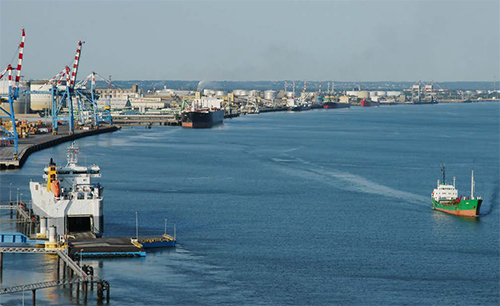 Norfolk is the third-largest container port along the Atlantic, and the Port of Charleston was the fourth-largest U.S. container port in terms of TEU handled.

Even smaller ports are ramping up their infrastructure to handle more cargo. For example, the Port of Davisville, Rhode Island, part of the 3,212-acre Quonset Development Corporation’s business park, is working on its sixth consecutive year of record cargo (automobile) imports through its two piers.

The port brought in over 240,000 cars and 225 vessels, a record increase of 9 percent over 2017, according to Bob Blackburn, the port director, and the port is already surpassing numbers from last year. “We are undergoing a major rehabilitation project on Pier 2, our workhorse pier,” he explained. “We are refurbishing the sea wall and adding an extension that will allow us to increase our berthing capacity overall by 50 percent,” he says. “That extension will create a new berth. The dredging in that area will make that new berth functional, and will be complete by January, 2020,” Blackburn says. 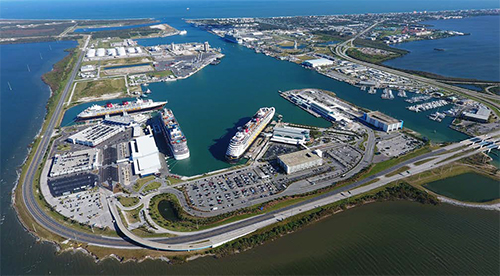 The port is also making more space inside the business park adjacent to the port for storage of automobiles. “We have to make some decisions in the short term of what we want to do with some of the assets that are currently greenfield, and whether or not or even when to pull the trigger to pave that area and make more room.”

The port is working to help develop Deepwater Wind’s Block Island offshore wind energy project, expected to result in the development of 250 windmills. “That is one of the big, big projects moving forward in New England,” Blackburn says. “We are geographically located to play a major role facilitating the gathering of the components and the distribution of those components over the next few years as these projects unfold.”

For more information about the Port of Davisville mentioned in this article, visit Quonset.com/sea/.

“In 2018, we saw our maritime tonnage grow for the third year running. During the same period, our tenant base set a new record for the second year in a row,” said Port Director, Richard Aschieris. “In the current climate of challenging international trade, these accomplishments are precedent setting and once again highlight the unique strengths of the Port of Stockton’s staff and facilities.”

Aschieris continued, “There are many factors contributing to our record growth. One is giving our customers speed to market. We facilitate customers getting their product moving as quickly as possible because we are centrally located, adjacent to less congested highways and uniquely offer a 24/7 gate for round-the-clock access to freight. The Port of Stockton is served by both the UP and BNSF railways and our labor force is experienced and flexible. Another strength is that clients have room to grow: we offer over 7 million square feet of existing warehouse space and another 600 acres for future development.”

“While 2018 was another record setting year for us, we can’t rest on past successes. We must continue to look to the future as new projects are brought online,” stated Board of Commission Chair, Stephen Griffen. “We will continue to strengthen our infrastructure which will help us meet the needs of continued growth and capacity. We are confident that more companies will follow suit and use the Port of Stockton.”

“Our continued growth adds strength to the Stockton and San Joaquin County economies and helps to create jobs,” said Aschieris. “We believe we will increase employment opportunities in the area. The Port of Stockton supports 10,000 family-wage jobs. We made a strategic move to diversify our cargo base and began making focused investments in our infrastructure over 10 years ago. Combine that with the hard work of our labor forces and the results are new highs for the Port of Stockton.”

The Port of Stockton is an inland facility situated on a deep-water channel located in the extended San Francisco Bay Area. Operating since 1933, the Port of Stockton is the 4th largest port in California and handles dry bulk, breakbulk, liquid bulk, warehousing and project cargoes. Services include stevedoring, warehousing, inventory management and transloading. Stockton, California. For more information: portofstockton.com

Port of South Louisiana’s performance demonstrates the strength and stability of its resident industry. The Port continues on its mission to promote maritime commerce, trade, and development and establish industrial facilities, thereby creating jobs and a stronger tax base.

The Port of South Louisiana has one of North America’s largest concentration of heavy manufacturers, a reflection of the strategic location, comparative market access, and a highly-skilled labor pool. Industry leaders in the energy and chemical sectors continue to invest billions of dollars as they expand operations to capture market opportunities. Currently, the Port handles over $83 billion in trade annually that supports over 30 thousand direct jobs (6 out of 10 jobs) in the River Region, which translates to over 83 thousand jobs (1 out of 25) in the state of Louisiana. Regionally, it contributes $1.8 billion in income, $14.4 billion in revenue, and $72.5 million in state and local taxes.

Industries from all over the globe have taken notice of the Port of South Louisiana’s competitive advantages. As a matter of fact, the region has attracted billions of dollars of investment –$24.512 billion to be exact– by companies in the petrochemical, fertilizer, and logistics industries. Projects like these are vital to sustaining and promoting further economic prosperity for the Port of South Louisiana, the River Region, and its labor force.

ECONOMIC IMPACTS GENERATED BY THE PORT OF BALTIMORE

Approximately 37,300 jobs in Maryland are generated by port activity.

Approximately 101,880 other jobs in Maryland are directly related to activities at the Port. Related jobs are those jobs with Maryland companies that chose to import and export their cargo through the Port of Baltimore, but they have the option of shipping their products or supplies (e.g. containerized items, autos or steel products for construction) through other ports. These companies (e.g. manufacturing firms, distributers, coal mines, automobile dealers, etc.) benefit from having a healthy port nearby in Baltimore to assist their logistics. If the Port of Baltimore were not available to them, these firms could suffer an economic penalty over the longer term but would likely survive by shipping through another port. Note: Although the number of related jobs is high, this category of impact is much less dependent upon the Port than the impacts that are generated by the direct, induced and indirect jobs.

Combining direct, induced and indirect jobs with related jobs, there are over 139,180 jobs linked to the Port.