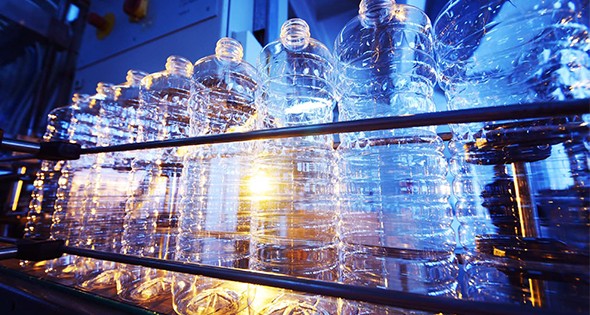 There is a lot of attention surrounding plastics recycling and related environmental concerns. The industry is responding to those issues, even as it continues to gain momentum with new ideas in plastics products that will change how other industries, like the automotive industry, use and work with plastics-based components.

According to an article in “The Economist,” of the 6.3 billion tons of plastic waste produced since the 1950s only 9 percent has been recycled and another 12 percent incinerated. The rest has been dumped in landfills or the natural environment. But that issue hasn’t slowed the demand for plastic products. According to an article in “The Guardian”, global plastic production has rocketed from some 160 million tons in 1995 to 340 million tons today.

Dr. Perc Pineda, chief economist for the Plastics Industry Association (PIA), speaking at the annual plastics industry conference, said 2018 was be the ninth straight year of expansion for the plastics industry.

An industry market research report on IBIS World, a business information and market research supplier, found that the plastic and resin manufacturing industry has experienced steady demand for its products from 2013 to 2018. The industry, which relies on demand from downstream manufacturers and the construction sector, has benefited from increased construction and manufacturing activity.

But there are trapdoors. The prices of raw materials, such as crude oil, have been volatile. Although crude oil prices reached record levels in 2013, the price has dropped dramatically since then, including a 47.2 percent fall in 2015, resulting from supply increases and depressed demand.

The PIA’s 2017 Global Trends report shows that there was another decline in the U.S. plastics industry’s trade surplus, from $7.1 billion in 2015 to $4.7 billion in 2016. This decline was driven by a strengthening U.S. economy that depends heavily on imports to meet demand for plastic products, according to Pineda, who managed and edited the report.

First American, a custom provider of thermoplastic injection molding manufacturing solutions, reports that, in the food industry, customized plastics is a huge advantage. Plastic food components can be made with incredibly low conductivity, making them resistant to high temperatures. Food grade plastic injection molding can be used to make parts and components that resist chemicals commonly found in the food industry.

And plastics have always played a role in medical devices, but that has recently increased. According to the U.S. Medical Devices Trade Report 2018 summary by the PIA, new medical devices using plastics now include more of a variety of electro-medical apparatus, irradiation apparatus, surgical and medical instruments, surgical appliances and supplies, dental equipment and supplies, and ophthalmic goods.

The Polymers Properties Database, “Chemical Retrieval on the Web (CROW),” provides lists of manufacturers and suppliers of resins, intermediates, plastics, and related products such as adhesives and coatings. The following is their rating for the world’s largest plastics manufacturers: 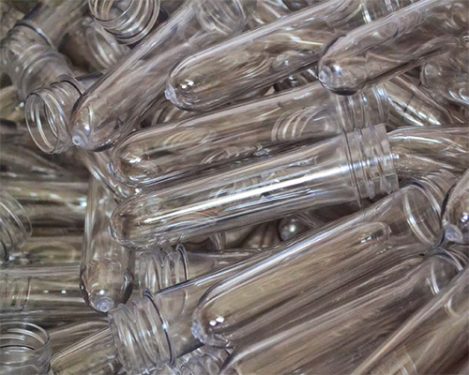 Whatever the future holds for the plastics industry, there is little to no chance of it ever getting to the point where it couldn’t quickly recover from whatever economic malaise hits the industry.

There are a lot of companies cranking out product and working on innovations. Plastics News report that there are 257 plastics manufacturing companies in the U.S. involved in assembly, binding and fastening; 200 companies working in plastic fabrication and plastic products distribution; and over 500 companies in plastics design, prototyping and research and development.

PIA’s, “Market Watch: Plastics in the Fast Lane,” discusses an anticipated increased use of plastics in automobiles, as consumers and the government demand lighter vehicles that are more environmentally friendly and competitively priced.

Another PIA report “Market Watch: Transportation,” found that, of the approximately 30,000 parts in an automobile, one-third are plastic. In 2016, the average light vehicle contained about 330 pounds of polymer composites that accounted for over 50 percent of the total vehicle volume. 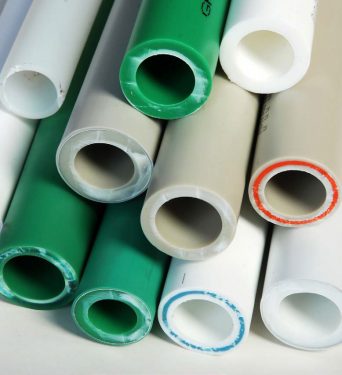 “The flexibility of plastics in terms of performance, design, weight and costs could be an advantage as electric vehicles increase market share,” Kendra Martin, vice president of industry affairs for PIA, says.

The PIA report cited Magna International, a diversified global automotive supplier based in Troy, Michigan, that has stepped up its research and development spending related to using more plastics components—planning to invest $300 million by 2020. The company is deeply involved in electric vehicle technologies, and is serving as a partner to Lyft along with Jaguar on the I-Pace electric crossover vehicle as well as BMW on new vehicles.

DuPont is working with vehicle manufacturers to replace metal—and even plastic components—with high-performance thermoplastics and elastomers. These new materials are suitable for under-hood and power-train applications.

As the automotive sector relies more on plastic to replace metal parts, the increased use of 3D printing will pave the way for more innovative applications of plastic.