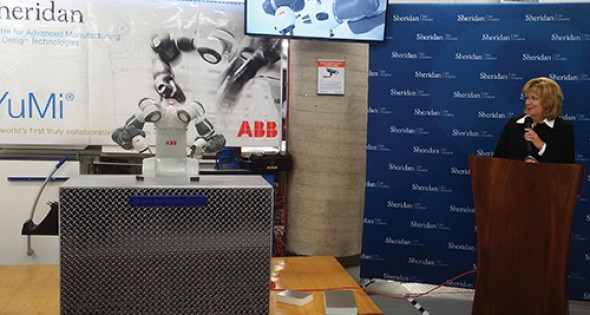 As new advancements are made in the rapidly expanding cloud computing industry, companies are seeking to establish data centers in areas that are able to support and promote the enormous amount of computing power that is now imperative to daily life in America.

Some of the biggest players in the data center industry – Google, Facebook and Apple – demonstrate what is happening to data storage and data demand.

According to  the ACI information group, a scholarly blog that tracks data movement, every minute, Google gets more than four million search inquiries; Facebook users share more than 2.5 million pieces of content; Apple users download nearly 50,000 apps; and email users send more than 200 million messages. Those figures are from 2014, so it’s a good bet that most of these figures have doubled by now.

There are currently six Google data centers in the United States, with two more under construction. Microsoft has more than 100 data centers across the world.

These are joined in the massive data management game by colocation centers, where companies can rent time and computer power from a data center on a demand or lease basis and are able to control and manage their own data clouds through available software and apps.

There are now more than 1,500 colocation centers in the United States, with most in California, Texas and New York.

While the big data centers are not huge employers, they do offer other economic advantages. NorthWestern Energy’s Director of Key Accounts and Customer Education Rick Edwards says that data centers, from a utility perspective, are profitable enterprises.

Huge data centers in Oregon – Google, Facebook, Apple, Intuit, Amazon and others – have taken advantage of the cheap power and favorable tax rates (no sales tax). “The centers are energy-intensive and require a lot of equipment for which they pay property taxes,” Edwards says. “So naturally [the companies] consider an area’s tax policy when selecting a site, in addition to competitive energy prices and available infrastructure,” he says. “From both a utility and a government perspective, data centers are an attractive commodity.”

Data center developers want to build their centers in an area featuring stable geography (no earthquakes) and weather (no tornadoes or hurricanes), with good utility rates, big fiber infrastructure, a lot of available land and access to large internet hubs. Those factors are what prompted two recent developments in Virginia, positioned between Washington D.C. and Atlanta with hub access spidering up to New York and Boston.

With more than 2 million square feet in data center space, it was no surprise when Prince William County in northern Virginia was recently announced to be the new home for Iron Mountain Information Management’s $350 million data center campus.

Jeffrey Kaczmarek, the executive director of Prince William County’s Department of Economic Development, credits the area’s favorable business climate, precedence in data center developments, and its available amount of power and fiber as key factors in Iron Mountain’s decision. “Data centers are tremendous assets to local economies in terms of tax revenues,” Kaczmarek says. “If you look at that from the cost perspective, they consume very little in terms of cost. The consumption that they have is in electricity.”

Once established, developers know that huge data center developers will continue expanding in the same area because of the synergies of available construction crew, supplies, HVAC and other services, in addition to a developer-friendly tax environment.

For example, in Mecklenburg County, Microsoft recently announced a $402 million expansion of its current data center site, the fourth such expansion since the first building of the data center campus opened in 2010. Total investment is just shy of $2 billion.

Gov. Terry McAuliffe approved a $700,000 grant from the Commonwealth Opportunity Fund for that recent expansion project, and the Virginia Tobacco Region Revitalization Commission approved $1.34 million in Tobacco Region Opportunity Funds for the project. “The county has experienced a huge boom in temporary employment with all the skilled trades they brought in to build these facilities,” says Jeff Reed, executive director of the Virginia Growth Alliance. “They hire locally, but also bring in new blood. And that excites us, as well.” He says that they are hoping that the project continues to build out “until that site can’t accommodate anything else.”

The site was actually a Plan B for Microsoft when it first came to the area in 2010, according to Wayne Carter, the county administrator for Mecklenburg. “We had a site prepared for Apple, but Apple went to North Carolina instead, after that state changed their tax laws to exempt them from sales tax and personal property tax for their servers,” he says.

Microsoft picked a location in Montgomery County, a geographically stable area in southern Virginia outside of the flood plain zone with 1,800 miles of available fiber from MidAtlantic Broadband that reaches all of the region’s industrial, technology and business parks.

But the week before building the data center was to commence in that county, a sink hole showed up, Carter says. “The state then put the site we had prepared for Apple up as a secondary site for them to consider, because we had all of the information from working on that project for six months.” That happened on a Thursday. By Monday, Microsoft signed up and began the development process.

Figuring in other locations

Further south, in Jackson County, Alabama, Google has announced its plan to repurpose the recently closed Widows Creek power station in Stevenson as a $600 million data center. It’s Google’s first in the state, and the first project recruited under Alabama’s specialized data center incentives passed in 2012. “While work is planned to start in 2016, it’s premature for us to comment on the specifics at this time,” a Google spokesperson wrote in reply to an email query about the project. 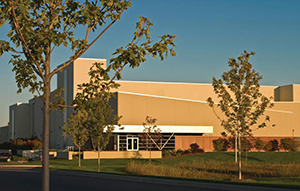 In Elk River, Minnesota, data centers for both Target and United Health Group have been up and operating since 2008.

Target’s 161,300-square-foot data center opened in June 2007 on 30 acres of land and  was the company’s second in the Twin Cities area. It supports the company’s e-commerce and credit card processing.

What the city administrators learned about land and utility needs from the Target project helped them land United Health Group, which started construction of its 185,000-square-foot facility in the spring of 2007, just before Target finished building its facility in Elk River. That project opened in June 2008.

Elk River Municipal Utilities designed and constructed substations for the two centers, with power coming from the 600-megawatt Monticello nuclear plant and the 2,200-megawatt Sherburne County coal plant, both close to the city. Each center uses 40 to 50 million gallons of water a year for cooling. “The geographical area was a huge selling point because of the lot size availability,” explains Colleen Eddy, economic development specialist for Elk River, referring to the 20 to 30 acres that were available for the centers. “That plus the reliable utility rates and the water system in the area created a favorable environment for data center development.”

She says that they are promoting a 33-acre lot adjacent to the two current data centers for another data center. Both the Target and United Health facilities go through an audit every couple of years to determine equipment updates as needed as part of their equipment refurbishment cycle, she says.

As economic developers court more data centers, there is an ever-changing business environment that needs to be monitored. Data center construction in the United States is estimated to grow to $18 billion by 2020, according to market size statistics from Microsoft. Cloud security is an increasing concern for data center owners, especially for a company like Microsoft that hosts more than 200 cloud services, including Office 365 and Bing.

There is a “paradigm shift” underway that could change how the industry designs data centers, according to a report by Christian Belady, Microsoft’s general manager of Datacenter Advanced Development. “Data is really the next form of energy,” he says. “Instead of distributing power, we should think about distributing data. It’s far easier and more efficient to store data than power,” he says. “In fact, we find more ways to put more data through the same fiber. But we can never figure out how to put more electrons through copper wire. So it only makes sense to combine power generation and data center capacity into ‘data plants,’ which will be substantially more efficient for distributing data.” He thinks data plants could be the next cloud infrastructure model of greener IT in the next few years. 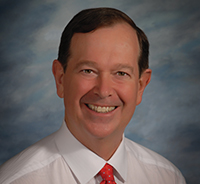 David Hodes is a freelance writer based in Arlington, Virginia, He can be reached by emailing dhodes11@gmail.com

For more information on data centers and colocation, contact:

While Brampton, Canada, a suburb of Toronto, has 39 colocation centers in and around Toronto, what they are concentrating economic development on is more related to information and communications technology (ICT) in part because of a legacy of advanced manufacturing. ICT includes all forms of technology used to create, store, exchange and use information in its various forms (business data, voice conversations, still images, motion pictures, multimedia presentations). Ontario is the second-largest ICT cluster in North America, just behind California and ahead of Texas and New York, according to Brampton economic development statistics.

“There used to be five lines for five different models of cars,” he says. “Then robotics entered the picture, and those lines were converted to one line because it can be programmed to do different models one after another on the same line.”

That change has affected almost every sector they have, he says, enabling them to go after more companies in telecommunications, digital media and animation/gaming fields that economic developers felt would be more sustainable in what they call an education-based creative economy.

He says that their development in ITC is happening from the grassroots up, coming from academia, and cites the developments at the Sheridan Institute Center of Advanced Manufacturing and Design Technology on the campus of Sheridan College in Oakville, Ontario. “They have done an incredible job bringing in industry relationships and partnerships,” he says.

One example is the institute’s partnership with Siemens Canada and its mechatronics systems certification program that provides a $16 million academia grant to the institute. Mechatronics is the integration of mechanics, electronics, control and systems theory, and computers into a single system used within production and manufacturing to optimize its efficiency, productivity and quality.

Another partnership at Sheridan is with ABB, a global technology company in power and automation which does robotics manufacturing plus robotics research and development. They created the ABB Robotics Centre at the institute, teaching applied robotics.