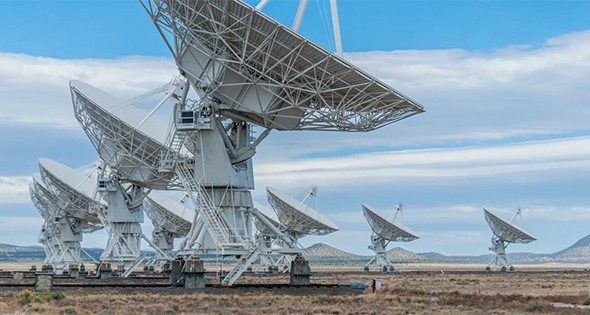 Fueled by the Internet of Things (loT)

The ongoing development of new, better, and more efficient communications technology is accelerating so fast that what sounded like science fiction yesterday is becoming science fact today.

Smart cities, connected cars, driverless “platoons” of trucks and augmented reality devices are all part of the network of connected next-gen communications technologies.

No stopping the development of a newer, faster, better way of transmitting a wireless signal and managing a complex wireless network.

The Institute of Electrical and Electronics Engineers (IEEE) reports that there are ten distinctive communications technology trends from 2017, among them: spectrum allocation and new ways to share spectrum in both frequency and space; the rise of more users of the cloud and the internet of everything, meaning more use of wireless technology; drones, autonomous trucks running in platoons and driverless cars gaining traction in both development and public acceptance; more smart cities, where city street and highway planning, along with autonomous vehicles and traffic control, all come together wirelessly under a network management system; working with tiny nanobots to facilitate communications, which could inspire the faster development of such science fiction applications as molecular communication; and using light as a communication means instead of, or in conjunction with, wifi.

One example of the benefits of advanced communications technology was demonstrated by the National Institute of Standards and Technology (NIST), which showed that quantum physics might enable communications and mapping in locations where global positioning system (GPS) and ordinary cellphones and radios don’t work reliably or even at all, such as indoors, in urban canyons, underwater and underground.

That sort of technology being developed may help mariners, soldiers and surveyors, among others. GPS signals don’t penetrate very deeply or at all in water, soil or building walls, and can’t be used by submarines or in underground activities such as surveying mines. GPS also may not work well indoors or even outdoors among city skyscrapers. For soldiers, radio signals may be blocked in environments cluttered by rubble or many interfering electromagnetic devices during military or disaster recovery missions.

Researchers at Trinity College Dublin have even discovered a new form of light that could help improve speed and security along fiber optic cables, leading to faster, safer internet connections.

In an interview with Mobile World Live, Mark Bartolomeo, Verizon’s vice president of IoT solutions, said the ecosystem necessary to support the development and use of advanced communications technology systems is coming together, but acknowledged progress is slow.

According to Bartolomeo, businesses are now having an easier time finding suitable IoT use cases. He also said the advent of low power IoT technologies is helping improve the economics around devices and connectivity, which enables more businesses to adopt solutions. However, building the ecosystem necessary to enable scaling from 30 million devices to a forecast figure of 20 billion is taking a bit more time.

Then there is the issue of the value of a reliable telecommunications infrastructure and economic growth. Findings published in a paper released by econstor.edu shows evidence from 21 of the 35 member countries of the Organization for Economic Co-operation and Development (OECD) over the past twenty years the impacts telecommunications developments have had.

Investing in telecommunications infrastructure leads to economic growth because its products – cable, switches, etc. – lead to increases in the demand for the goods and services used in their production. “Where the state of the telephone system is rudimentary in some OECD countries, communications between firms is limited,” the paper reported. “The transactions costs of ordering, gathering information, searching for services are high. As the telephone system improves, the costs of doing business fall, and output will increase for individual firms in individual sectors of the economy,” the paper reported. “The ability to communicate at will increases the ability of firms to engage in new productive activities.”

Probably the most exciting development, and one that most economic developers can readily understand, is 5G, the next generation of mobile wireless communications systems. According to the NIST, next generation mobile communications have begun harnessing available frequencies at millimeter wavelength (30 to 300 GHz), where high propagation loss can be recovered by high-power transmitters with tens to hundreds of antennas, commonly referred to as Massive-MIMO antennas.

The greater the number of antennas, the higher the transmit power that can be achieved by combining the individual power of each antenna, a technique otherwise known as beamforming.

There are other discussions of communications technologies that are more focused on industrial applications. One such study by the NIST is about industrial control systems, which are increasingly employing communications technologies to facilitate data sharing and analysis in integrated control operations. The NIST report indicated that wireless communication is often cited as a key enabling technology of the advanced manufacturing processes by eliminating the limitations and costs associated with conduit and cables.

But there are problems. Industrial wireless environments can be harsh as the surroundings are typically highly reflective to a wireless signal, thereby creating significant multi-signal path and electromagnetic problems. Industrial control systems are often designed to be intolerant of communication faults and often require very high transmission reliability.

NIST reported that error correction schemes are plausible to counteract communication problems. But understanding the radio frequency (RF) propagation within the factory is essential to achieving the communications requirements of an industrial control system. 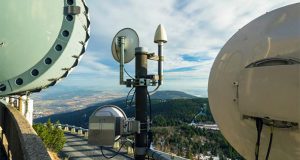 NIST also reported that new wireless protocols have been developed for industrial applications over the last decade which address the need for remote sensing and provide some mechanisms of actuation. But factory engineers hesitate to adopt wireless options due to a perceived lack of reliability and security of wireless solutions compared to wired equivalents. “We clearly saw that wireless transmission of data in industrial facilities is completely different from signal propagation in a home or office setting,” Rick Candell, the lead researcher of the NIST study said. “It’s a harsh environment where reflective or absorbent surfaces, interference from competing RF signal traffic and other obstacles must be overcome if we want to deploy secure, integrated wireless platforms that perform dependably.” More work is being done in this area.

THE FUTURE IS HERE

But applications of 5G technology are just around the corner – and are exciting both technology developers and entrepreneurs looking to take advantage of what this next generation mobile technology offers.

Two big global sports events have already shown practical applications of the new 5G technology in a demonstration of what’s possible and what’s coming up.

Verizon described the experience in a press release: “Donning virtual reality headsets, network engineers at Alley, powered by Verizon in New York City, and Verizon guests at the Super Bowl at U.S. Bank Stadium in Minneapolis participated in a live demonstration of 180-degree stereoscopic, in-stadium view of live action on the field, as well as a virtual in-stadium experience including high-resolution replays on secondary screens, all delivered over 5G wireless technology.”

Demonstration of another 5G application also happened at the world’s biggest sporting event, the 2018 Winter Olympics. At certain venues around the country, fans of the winter Olympics wore virtual-reality head-mounted displays that allowed them to virtually fly alongside a ski jumper.

The International Telecommunications Union (ITU), developer of technical standards for new technologies, is working on requirements for 5G that include offering download speeds of at least 20 gigabits per second, among other things. That means that a full-length high-resolution film can be downloaded in just two seconds.

But there are challenges to rolling out the new technology, including a “lack of clear business case” from telecommunications companies to upgrade from 4G – which would require both hardware and software upgrades – so that they can offer more virtual reality experiences for consumers.

According to the Economist, 5G could develop along the same lines as the 3G mobile technology, introduced in the early 2000s but not really catching on until the spread of smartphones. “It was only with 4G that mobile networks lived up to the promises made of 3G, such as being able to watch video streams,” according to the Economist.

At the end of January, the House of Representatives Subcommittee on Communications and Technology held a hearing examining a number of legislative proposals to improve the nation’s broadband infrastructure. Testifying at the hearing, Brad Gillen, the executive vice president of the Cellular Telecommunications and Internet Association (CTIA), the U.S. wireless industry association, noted that “nations from Asia to Europe are investing heavily in 5G, but none of those countries can match the dynamism of the U.S. wireless industry.”

In a press release reacting to that testimony, a spokesperson for Verizon, one of the leaders in developing 5G technology and infrastructure, announced that 5G will be up and running in Sacramento, California, later in 2018. “Connectivity had been about connecting people ten years ago,” the press release stated. “Today, it’s moved beyond that, creating a seamless ecosystem of devices, applications, and platforms that bring new levels of automation, convenience, and dynamism to our world.

“The Internet of Things will grow to more than 20 billion connected things by 2020, using data and technology to bring innovative ideas into reality, building traffic systems that save lives and reduce pollution, delivering lifesaving medical services regardless of where a patient is located, and protecting our first responders while they protect us.”

A more efficient and safer world is the ultimate promise of new communications technology where even the delivery method of a wireless signal is undergoing significant change.