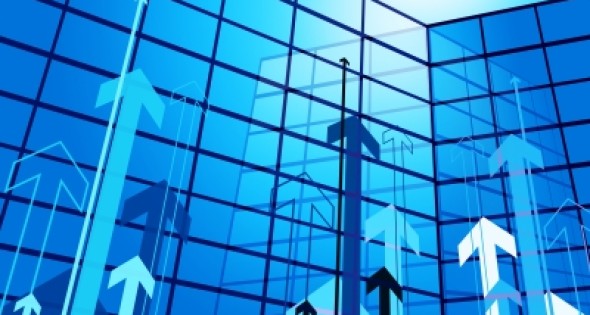 Uncover why cities are the foremost place to be for headquarters operations.

While some U.S. companies pursuing offshore moves have stirred up debate regarding corporate “tax inversions,”— such as Burger King’s recent plan to buy a smaller foreign rival and move its headquarters to Canada to ostensibly take advantage of lower taxes — the decision whether to stay put, expand or move a company’s physical headquarters or regional operations remains a very real one.

Although not all headquarters projects or expansions come to fruition, many across the country are moving forward thanks to growing transportation hubs and the need to adapt to today’s globalizing economy and workforce.

“Cost considerations may come into play, but even if they can go from a higher to lower cost area, a lot of companies hold back from relocating because it’s expensive and disruptive. They relocate primarily because they want to set a new direction or to change their culture. Two prominent examples are Cadillac moving their design operations to SoHo in New York City this September and Hertz relocating from New Jersey to southwest Florida last year,” says John Sisson, principal, Global Location Strategies.

“Downtowns in a lot of places have revitalized and have been coming back strong in recent years, especially as a place for companies to find younger, qualified employees,” Sisson says. “Cities are where everyone wants to be again.”

One of those downtown magnets lies in Denver, where companies of all sizes and industries have been moving to over the last decade.

“Our workforce, infrastructure and quality of life are important attractors, but a really big one is our central location and Denver International Airport which can connect executive travelers to most of the country and back in one day. It’s an easy place to ask people to relocate to,” she says.

A mixed-use development boom in the city’s downtown is spurring additional projects such as the recent transformation of Denver’s Union Station, the first major grocery store in Lower Downtown or “LoDo,” and a wide range of new apartments, hotels, spec buildings and commuter rail lines slated for completion by 2016.

Notable headquarters or operations projects in the region include: SolarWinds Inc., AntriaBio Inc., Spencer Ogden, Vikram Solar, Kinross Gold USA and OnDeck. In addition, Ardent Mills began operations in May on its $4 billion Denver facility and will open a headquarters office downtown later this year.

Bolstered by new pro-growth initiatives, states like Pennsylvania are benefiting from the expansion or relocation of high-profile corporate headquarters within their communities.

In Philadelphia, Comcast Corp. and Liberty Property Trust announced their intent to construct the Comcast Innovation and Technology Center, a $1.2 billion, 59-story tower that will house Comcast’s growing workforce of technologists, engineers and software architects. The mixed-use tower — which will be one of the tallest buildings on the East Coast — is expected to generate $2.75 billion in total economic impact within Pennsylvania, including more than 20,000 direct and indirect jobs during the construction phase, and nearly 4,000 permanent jobs after completion.

For Pittsburgh — home to eight companies on this year’s Fortune 500 list — the local headquarters community is a reflection of its turnaround and transformation into a diversified global business center.

“Our active headquarters sector is not just demonstrated in employment data but in the very real investments the region’s companies are making, drawn by Pittsburgh’s cost-competitive real estate and legacy strength in running companies,” says Dewitt Peart, president, Pittsburgh Regional Alliance. “Another one of the key elements that drives that activity today is our many universities which provide an affordable, qualified workforce aligned to the needs of today’s economy.”

The current list includes not only long-time anchors such as U.S. Steel, PPG Industries, H.J. Heinz Co., PNC Financial Services Group Inc. and WESCO International Inc., but homegrown newcomers including CONSOL Energy Inc., Mylan Inc. and Dick’s Sporting Goods Inc., all of which were added in the past three years.

Foreign companies such as Bayer, Lanxess and Nova Chemicals Corp. have made the region the center of their North American operations, while companies such as Bechtel Corp., Eaton Corp. and FedEx Corp. all base major divisions in the area.

Recently, PNC Financial announced that they will change the skyline of Pittsburgh with a 40-story, $400 million LEED-certified building that will serve as their new headquarters when completed in 2015.

Peart notes that the announcement is the latest in a series of headquarters expansions in the region since 2005 that have resulted in a combined investment exceeding $1.1 billion to develop and renovate 5.7 million square feet of office space. The expansions encompass not only Fortune 500 companies, but global service firms like K&L Gates and Reed Smith, non-profits such as UPMC, emerging companies such like rue21 and foreign-owned firms such as Mitsubishi Electric Power Products Inc. and Westinghouse Inc.

For many communities, a multi-pronged approach that includes the support of diverse industries and recruitment of foreign companies to put down domestic roots is recipe for success.

“Every time there’s been a recession, we’ve seen companies consolidate to save on office space costs,” says Jerry Gordon, president and CEO, Fairfax County (Va.) Economic Development Authority (FCEDA). “When they do that, it’s moving to, not away from corporate headquarters and regional operations. So focusing on headquarters has been good for us.
“With D.C. close by, we’ve attracted the likes of SAIC, Northrop Grumman Corp. and others, but about eight to 10 years ago, we set out to diversity and attract companies that are not dependent on federal contracts in any way,” Gordon continues. “On the non-government side, we’ve added Hilton Hotels, Volkswagen North America, Cvent and Intelsat.”

“In this way, not only do we benefit from consolidations, but because we have footholds in a number of different of industries, we’re better able to prop up our local economy if tougher times return,” Gordon continues.

“Companies like China Telecom, Rolls Royce and British Aerospace, to name a few, have realized that establishing a foothold here in Fairfax allows them to conveniently access Washington, D.C., East Coast markets and eventually the rest of the country.” – Jerry Gordon, president and CEO, Fairfax County (Va.) Economic Development Authority

The FCEDA also maintains several offices around the world — including Bangalore, London, Munich, Seoul and Tel Aviv — to entice new arrivals in joining 400 companies from over 50 countries who have decided to take advantage of Fairfax’s location and resources.

“Companies like China Telecom, Rolls Royce and British Aerospace, to name a few, have realized that establishing a foothold here in Fairfax allows them to conveniently access Washington, D.C., East Coast markets and eventually the rest of the country,” Gordon says.

Another significant center of international headquarters activity is in Ontario, Canada where recent arrivals such as Sobey Inc., TJX Cos. Inc. and Bayer are tapping into an extensive base of talent, transportation and markets.

“As we head into 2015, we continue to see international companies wishing to locate in the Greater Toronto Area (GTA) because of the low tax rates and ease of doing business. That in turn drives demand for commercial industrial space,” says Susan Amring, director, economic development office, city of Mississauga (Ontario). “Companies seem to be feeling more optimistic about the Canadian, U.S. and global economies, so we expect to see continued growth in new and expanded regional operations.”

A key driver for business, trade and foreign investment in the community — which is home to more than 60 Fortune 500 Canadian head offices — Amring says, is the presence of 400-series highways, CN Rail and Canada’s largest international airport, served by 75 airlines offering 1,200 daily flights around the globe. That infrastructure also supports older industrial space which presents opportunities for conversion and renovation as the availability of greenfield land becomes constrained.

Amring also expects the rise of e-commerce in Ontario to continue, leading to new supply chain configurations that will translate into an increased demand for regional logistics facilities in proximity to large consumer markets like the GTA.

“We don’t necessarily try to build industry clusters outright, but instead we look at where our existing strengths and industries converge. And we’re not in the business of trying to attract headquarters — it simply doesn’t happen that often,” says Pittsburgh’s Peart. “Our proposition is to be a talented, cost-competitive place for companies to expand, and to focus on what companies need to be successful.”

“Incentives and other factors like technology are important, but eventually, the relocation of headquarters all comes down to people,” Sisson suggests. “You’ve got to figure out what kind of people you want, what kind of culture is going to attract those people, and the best place for it to grow and get those people so you can be successful in the long run.”